Ayush Badoni is an Indian domestic cricketer and former Delhi U19 Player. He plays for Delhi in domestic cricket and Lucknow Super Giants in the Indian Premier League as a right-handed batsman. After impressing in the practice games of Lucknow Super Giants ahead of the team’s IPL debut, Badoni got a chance from LSG head coach Andy Flower in the high-value game on Monday. The LSG selectors showed their trust on him and Ayush Badoni did pay it back with a magical knock.

Hailing from Delhi – a state full of enormous cricketing talents — no wonder Badoni stayed on the sidelines for a period longer than expected. Chances eluded him sometimes because of the extremely competitive environment, while at times it was only his poor luck that was to be blamed.

In the domestic circuit, Badoni got just one opportunity to bat for Delhi in his maiden Syed Mushtaq Ali Trophy season last year and could manage just 8 runs in it.

Ayush Badoni, who was trained by the late iconic cricket coach Tarak Sinha, had impressed at India Under-19 level, smashing an unbeaten 185 in a youth Test against Sri Lanka in 2018. He also showed his batting prowess at the Asia Cup as he hit 52 off just 28 balls in the final. These all came after the player was spotted by Rahul Dravid.

Jump to 2020, in the selection meeting of Delhi District Cricket Association (DDCA), former India cricketer Atul Wasan batted for Ayush Badoni and asked the selectors to have a look at the young prodigy but it was Unmukt Chand – another potential talent that bore the brunt of extremely competitive cricket environment in India – who was preferred over him. Ayush Badoni is a strong 360-degree player and an asset for white-ball cricket in India. 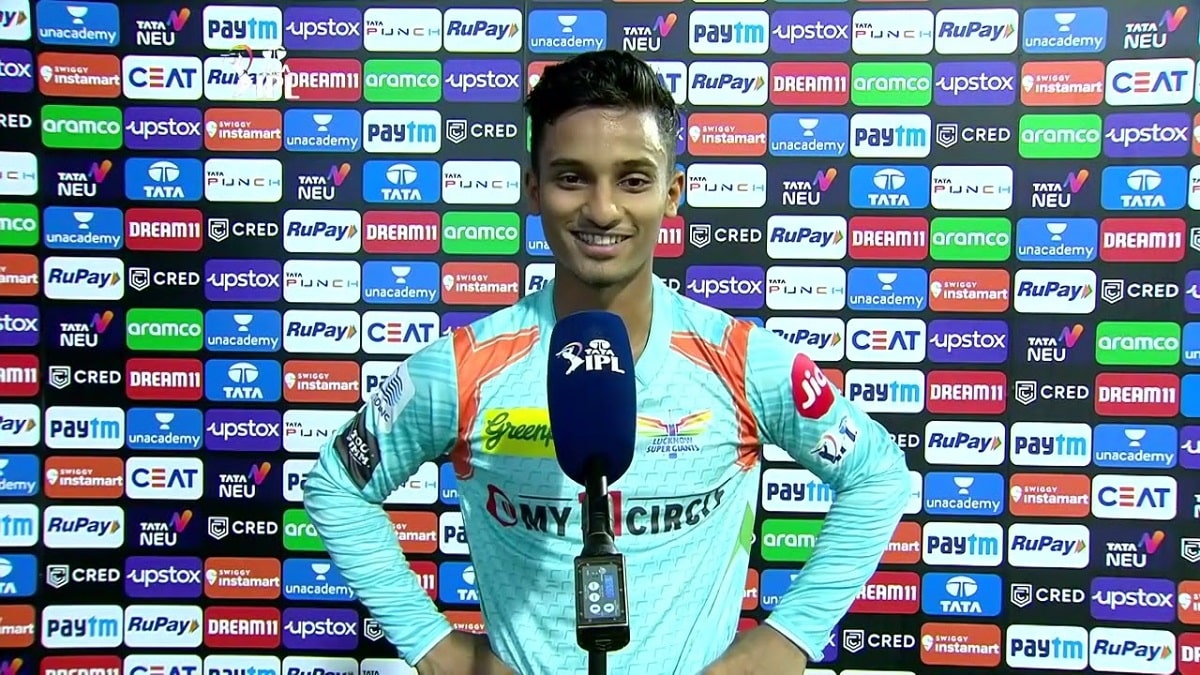 In just three balls, Ayush Badoni had answered questions like why he was sent ahead of Krunal Pandya or why LSG paid INR 20 lakh for a batter who has not even played List A or first-class cricket and has just eight runs in T20 cricket.

And if any question regarding his ability remained to be answered, a 22-year-old and fearless Ayush Badoni hit Rashid Khan for six on a slog-sweep and a hook for half a dozen to Lockie Ferguson – who bowls with supreme pace – later in his innings.

It has been a bit of a wilderness for him since the Under-19 days. India’s NCA and Under-19 programmes aim to prepare the young players to establish them in their states’ first-class sides straightaway after their Under-19 stints, but they can’t do much if the state selections don’t work out for the players. Badoni seems to be one of those cases.

Badoni himself acknowledged the role of Lucknow mentor Gautam Gambhir, which was instrumental in his getting picked for the franchise.

Importantly, the youngster didn’t get frustrated or brood over the snub from Delhi. He kept preparing himself for the IPL. Make no mistake, when Lucknow face four-time champions Chennai Super Kings at the Brabourne Stadium on Thursday, young Badoni will surely be brimming with confidence. 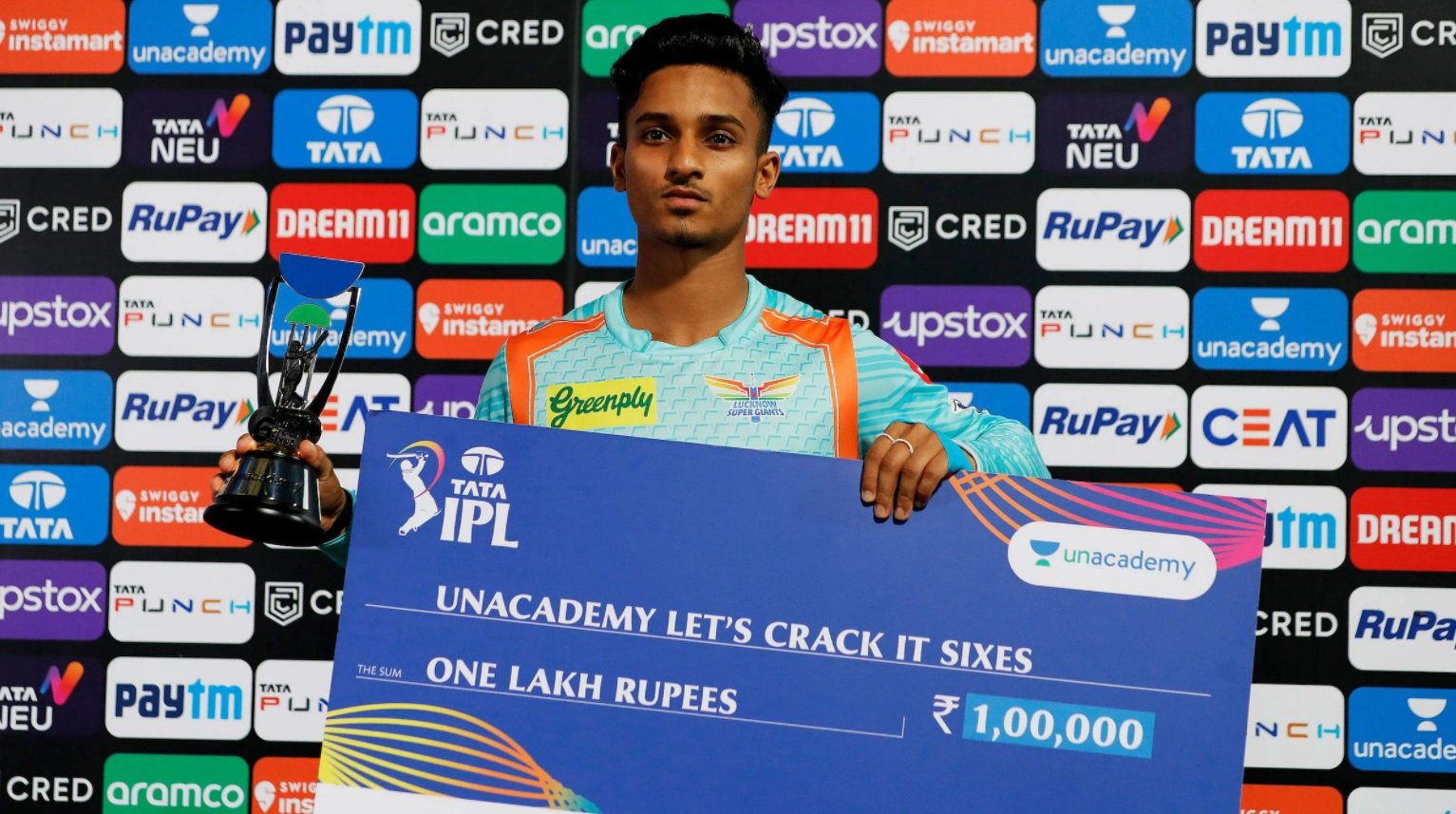 After getting unsold for three consecutive years, Badoni was picked by LSG during the IPL 2022, mega auctions.

Once he got picked up by Super Giants for 20 lakhs, Badoni managed to impress all the coaches.

Ayush Badoni belongs to a middle-class family. His father is a documentary filmmaker and mother a teacher. Hence, it is justifiable that his parents didn’t take his cricket career seriously at the beginning and rather asked the child to focus more on studies. Badoni might not have made it the level he has reached right now, had not there been his childhood coach Balraj Kumar.

Balraj not only spotted the talent of Badoni at a tender age, but also convinced his parents to let him pursue a career in cricket. Before the parents could have been convinced, Balraj had already made a cement pitch for the player on the rooftop of latter’s house in Shalimar Bagh to train the boy. Later when the coach moved to Punjab, it was Badoni’s father who would help his son in practice before he could train under late coach Tarak Sinha.

Years down the line, all the tiny and big efforts have cumulated to make Badoni a player he is today.

vijesh - 0
Katrina Kaif is one of eight siblings, 7 girls and 1 boy, from a mother who is a Caucasian of British Nationality, and a...