Chitra Tripathi is one of the well-known faces in the Journalism Industry. She is a famous news anchor and editor who mostly appears in debate sessions for the “Aaj Tak” news channel. She is a confident girl who is mainly popular for her bold and confident debates on the channel. Chitra Tripathi joined Sahara Samay news channel as a producer and news anchor. She also used to host the prime show “Betiyan” in the channel, for this show she gained a huge appreciation and fan following, and for her story “Hindustan Ka Mission Jai Hind” with the channel also received huge appreciation from everyone and even from Indian Army.

She was born in Gorakhpur, Uttar Pradesh, India. She is currently working with the AAJ TAK news channel. She started her career by joining Sahara India. After that, she worked with many news channels like ETV News, India News, and News 24. She did her education from Gorakhpur, Uttar Pradesh. After completing her primary education, she went to Deep Dyal Upadhaya Gorakhpur University for pursuing his graduation.

Since childhood she was inclined towards defence and always wanted to join the Indian Army. In her early schooling  days she also paticipated in NCC camps and activities and also bagged a gold medal at the Republic Day Parade in Delhi. 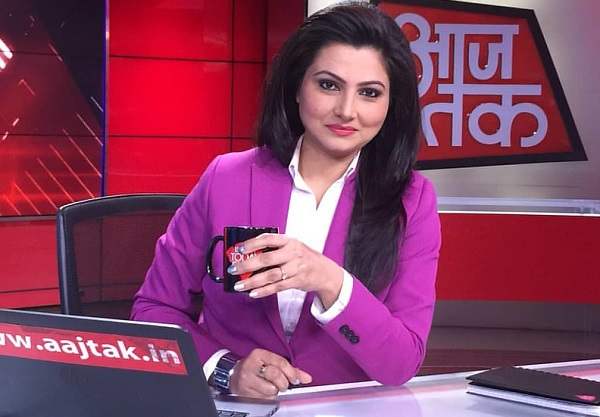 The journalist belongs to a middle-class family in Gorakhpur, her father’s and mother’s name is not known even there is no information about their profession. Chitra also has three younger siblings, her brothers Amit Tripathi and Aditya Tripathi and her younger sister Shweta Tripathi who is also a famous news anchor.

Chitra Tripathi’s marital status is married. She is married to her long time boyfriend and colleague Atul Agrawal. The couple got married on 23 November 2008 after dating each other for a long time. The couple met each other on the sets of a news channel as her husband Atul Agrawal is also a news anchor by profession.

The couple is blessed with a boy named Aum Agrawal, the family looks cute together and currently living happily in Delhi, India. 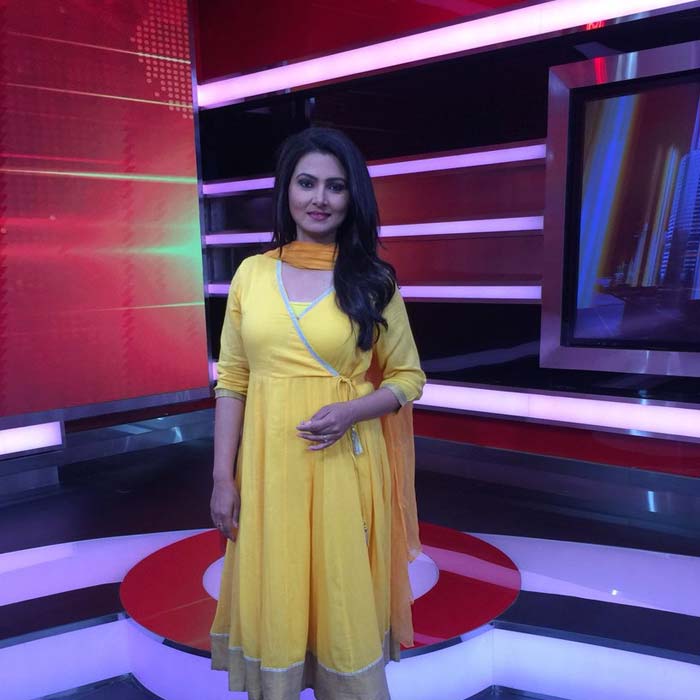