Dimple Hayati is a Telugu Actress , she is from Vijayawada and she is 24 years old . She made her debut in a Telugu Film “ Gulf “ opposite Chethan. Her Tamil Debut “Devi 2″ opposite Prabhu deva did avg business and she got into fame with her Item Song “Jara Jara “ from Telugu Film “Gaddalakonda Ganesh” .She know Tamil Telugu and Kannada. Dimple is a Trained Bharatanatyam Dancer. Turns out that the Hyderabadi actress’ charm and appeal landed her the role in Sekhar’s film! The former model seems to have got a makeover recently which seems to have fascinated the filmmaker. Dimple, too, is elated about joining the film! She has shot more than 50 per cent of the film, and the filmmakers seem to be pleased with her portrayal. The actress is also going to be part of another film, Abhinetri 2.

Dimple was roped in by Harish Shankar to shake her belly for this special number in Valmiki aka Gaddalakonda Ganesh. Going by the promo, the hot bombshell hasn’t disappointed. Shot in the dark backdrop with a large group of goons as side dancers, the peppy song featured Varun Tej, Atharvaa Murali and Dimple Hayathi shaking their legs to the tune of Mickey J Meyer. Besides the male actors, the electrifying dance moves of the sexy siren will certainly strike the right chord with the masses. 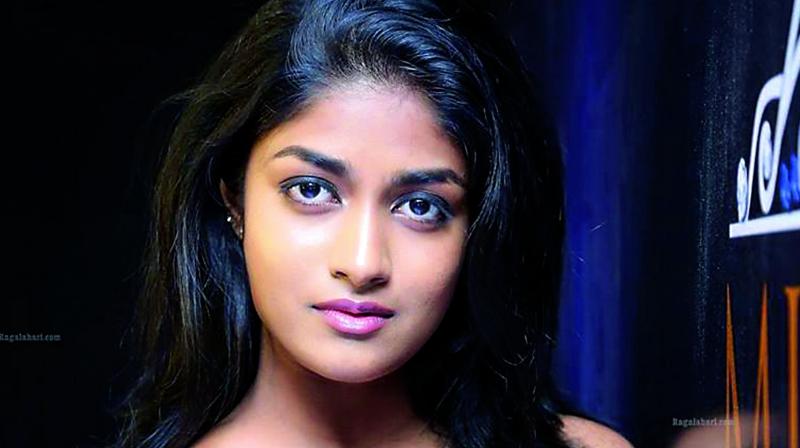