Epiphany is celebrated on January 6. The day marks the final celebratory day of the Christian holiday season. The holiday is originated in the Eastern church, where it initially included a commemoration of the birth of Christ. Read more to know about the origin of the Christian festival and how you should celebrate it. Epiphany is derived from the Greek word ‘epiphaneia’ and means manifestation. In the Bible, the Epiphany is Jesus’ visit from the Magi or three kings, from the east followed a star to see the new born baby Jesus in Bethlehem. By the 4th century AD, various calendar reforms had moved the birth of Jesus Christ to December 25th and the church in Rome began celebrating January 6th as Epiphany.

The date on which Epiphany is observed differs depending on the Christian sector.

Eastern Christian traditions (such as Eastern Orthodox churches) following the Julian calendar (instead of the Gregorian calendar) celebrate the day on January 19, as their Christmas Eve is marked on January 6.

How And When Do You Celebrate The Epiphany?

What is Biblical Magi?

The biblical Magi, also referred to as the Wise Men or Kings, also the Three Magi were distinguished foreigners in the Gospel of Matthew and Christian tradition. They are said to have visited Jesus after his birth, bearing gifts of gold, frankincense and myrrh. 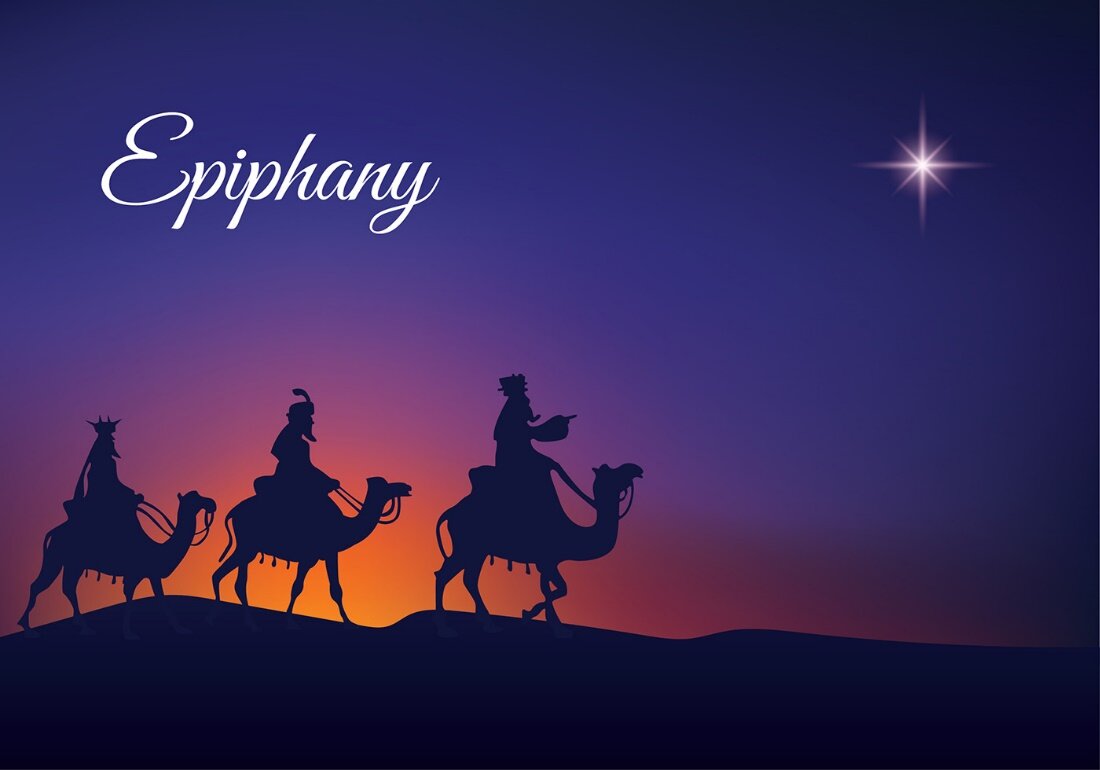 The Origins of Epiphany

Christmas was traditionally a 12-day celebration beginning on December 25. Some cultures observed the event by exchanging gifts, with the Twelfth Night of Christmas (the eve of Epiphany) taking on a similar role to Christmas Eve.

According to the Library of Congress, in Tudor England, the Twelfth Night also marked the end of an autumn/winter festival that began on All Hallows Eve, which today is observed as Halloween.

Epiphany is among the three oldest key festivals of the Christian church, the other two being Easter and Christmas.

The holiday originated in the Eastern church, where it initially included a commemoration of the birth of Christ.

The festival was introduced in the second half of the sixth century in Rome, where Christ’s birth was marked on December 25. The church in Rome began observing Epiphany on January 6 from the fourth century.

In the Western church, Epiphany mostly commemorates the visit of the Magi to the infant Jesus (which is considered evidence that Christ, the Jewish Messiah, came also for the salvation of Gentiles).

In the Eastern church, the festival primarily celebrates the baptism of Jesus and the revelation that Christ was both fully God and fully man.

When should you take your Christmas decorations down?

In Britain, tradition has it that Christmas decorations stay up until Twelfth Night.

Twelfth Night is a festival in some branches of Christianity which marks the beginning of Epiphany.  A count of exactly 12 days from 25 December arrives at January 5. According to the Church of England, this day is Twelfth Night. The day of Epiphany – when the three wise men came – is the day after, on January 6.

Not everyone agrees however. Many other Christian groups count the 12 days of Christmas as starting the day after Christmas Day – making January 6 the Twelfth Night. Countries which also follow the January 6 tradition include Germany, Poland and the Czech Republic.

So which date is correct?

Both. Although in the UK, Wednesday 5 January 2022 is the date most people will stick to.

What if you forget to take down your Christmas decorations?

Most people think that it’s bad luck to leave your decorations up after January 5.

Some people think it’s also wrong to take them down too early, too. In ancient times, people believed that tree-spirits lived in the holly and ivy. After the festive season, they would be released outside but if they were let go before Christmas ended, there could be problems with the harvest as a result.

According to one superstition, Christmas decorations not taken down by Twelfth Night should be left up until Candlemas Day (February 2) and then taken down. Other people say the best remedy is to leave them up until Twelfth Night the following year.

Whatever date you choose, it is worth noting that the ‘rules’ have changed over history. February 2, in fact, actually used to be the date when Christians took their decorations down, as noted in this poem by Robert Herrick (1591-1674)

The history of Epiphany

In the West, Christians began celebrating Epiphany in the 4th century and up until the 19th century, it was more important than Christmas Day. The date celebrates both the three kings’ (or three wise men’s) visit to Jesus shortly after his birth and also Jesus’ baptism by John the Baptist.

According to the Gospel of Matthew, the three wise men — Melchior, Caspar and Balthazar — followed the star of Bethlehem across the desert to meet the baby Jesus, offering gifts of gold, frankincense and myrrh.

The gifts were symbolic of the importance of Jesus’ birth, the gold representing his royal standing; frankincense his divine birth; and myrrh his mortality.

The word ‘Epiphany‘ comes from Greek and means ‘manifestation’. It celebrates ‘the revelation of God in his Son as human in Jesus Christ’. The six Sundays which follow Epiphany are known as the time of manifestation; the last Sunday of the Epiphany is celebrated as Transfiguration Sunday.

Festivities for the ancient Christian feast day vary around the world, from swimming in icy waters to exchanging presents, fireworks and parades. In many countries the day is a public holiday.

In the Spanish speaking world, Epiphany is known as dia de los reyes (the kings’ day). In Mexico, crowds gather to taste the Rosca de Reyes – Kings’ bread. In other countries, a Jesus figurine is hidden in the bread — or in the galette, in the case of France’s fête des rois.

As recently as the 1950s, Twelfth Night in Britain was a night for wassailing. Wassailers, like carol singers, go from house to house singing and wishing their neighbours good health.

The Drury Lane Theatre in London has had a tradition since 1795 of providing a Twelfth Night cake. The will of Robert Baddeley made a bequest of £100 to provide cake and punch every year for the company in residence at the theatre on January 6. The tradition still continues.

10 facts about the Feast of the Epiphany