Gabby Windey, a 31-year-old ICU nurse from O’Fallon, Illinois, is one of two leads on The Bachelorette season 19, along with Rachel Recchia, a 26-year-old flight instructor from Clermont, Florida. Gabby Windey and Rachel were both contestants on The Bachelor season 26 with Clayton Echard, where they were eliminated in the final three after Clayton chose Susie Evans, a 29-year-old wedding videographer from Virginia Beach, Virginia, as his winner.

Gabby is an ICU nurse at UCHealth University of Colorado Hospital in Aurora. She has worked as a nurse since she was 22. 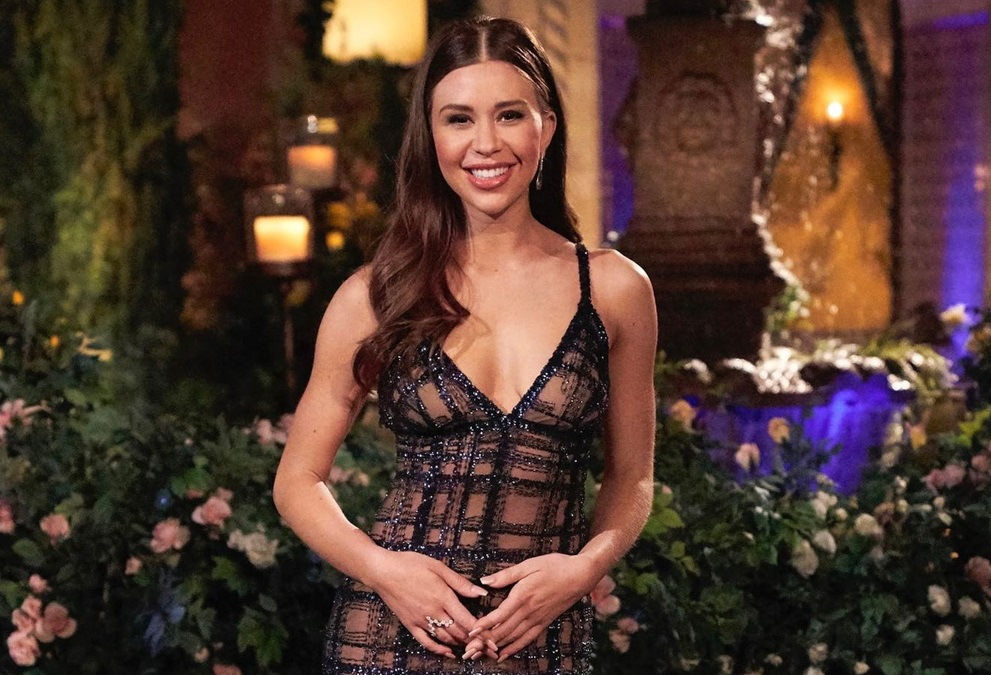 Gabby Windey was born in O’Fallon, Illinois, to parents Rosemary Hewitt and Patrick Windey. She has an older sister named Jazz. She attended O’Fallon Township High School, where she was the sports editor in the school paper and won Miss O’Fallon in 2008. She graduated from the University of Colorado Colorado Springs in 2013, and then moved to Denver, Colorado.

Gabby was a cheerleader for the Denver Broncos from the 2016 season until the 2020 season. She received the Pop Warner Humanitarian Award in 2021. She became the first woman to earn the honor, which is generally given to NFL players. Gabby’s work as a nurse solidified her as a “model representative for young student-athletes across the nation,” according to the organization.

Gabby works as an ICU nurse. She is employed at the University of Colorado Hospital. She was on the frontlines of the COVID-19 pandemic. “We’re all leaning on each other and it really becomes a new normal kind of fast,” she admitted in 2020. “All of healthcare is ever-changing because we’re always trying to make sure we’re doing things the best way, which comes with evidence-based practice and re-evaluating the way we’re doing things. So we are used to change, but it’s hard, and of course, it’s different because of the seriousness of it and how many people it’s affecting.”

Windey was in a relationship with The Bachelorette and Bachelor in Paradise contestant Dean Unglert when they were in college.

During her time on The Bachelor, Windey revealed she is not close with her mother and has not spoken to her in years.

Other than Clayton, who broke Gabby’s heart during The Bachelor season 26, Gabby has had a close connection with other Bachelor Nation stars. In college, Gabby dated Dean Unglert from Rachel Lindsay’s season of The Bachelorette. “She was, like, one of my main exes,” Dean confirmed in Oct. 2021. “She was my girlfriend from college. Producers called me and were like, ‘Hey, we’re thinking of casting this person, what do you think of her? We know you dated ten years go.’ And I was like, ‘Oh, she’s great. If she gets selected for the show, she’ll either win the show or she’ll be the next Bachelorette.’ I firmly believe that.”

Another one of Gabby’s exes is Blake Horstmann from Becca Kufrin’s season. The pair dated for a few months, according to Blake, who went public with the news in October 2021. “Gabby was a good friend of one of my very good friends from college. They were roommates,” he explained. “I met Gabby long before I was on The Bachelorette. I want to say maybe 2015 or 2016. We hung out for a little bit, so I know her very well.”

However, in January 2022, Gabby clarified that she knew Blake, but said that they never dated. “We never actually went on a date,” Gabby claimed. “There was no drinks paid for. No dinner paid for. He’s definitely friends of friends, you know, we had spent time together and stuff, but no, like, official dating. No really kind of formal, no exclusivity, and again, it was a really long time ago.”

Gabby told People in July 2022. “But the experience Rachel and I had as Bachelorettes was so special and memorable. I don’t think we would have had it any other way.” She continued, “I think people do know at this point that we do each have our own love stories. Of course it was so nice to have each other to lean on and have that built-in support as we were moving through.” Rachel added, “It’s just really amazing. We both get to have our own journeys and our own stories, but still have each other along the way.”

Rachel also confirmed to People that there won’t be any drama between her and Gabby on The Bachelorette season 19 due to their constant “communication” through the process. “I think Gabby and I just went into it talking to each other and knowing that throughout everything, we just had to have communication,” she said. “And that really just worked for us throughout the whole thing.” Gabby added, “I think going in, knowing a little bit about it from Clayton’s season and stuff, I feel like we both had the attitude to put each other first. We know each other the best, our relationship above all is the most important. Plus a man that’s worth it isn’t going to have us fight over him, nor would we ever compromise our relationship for it.” 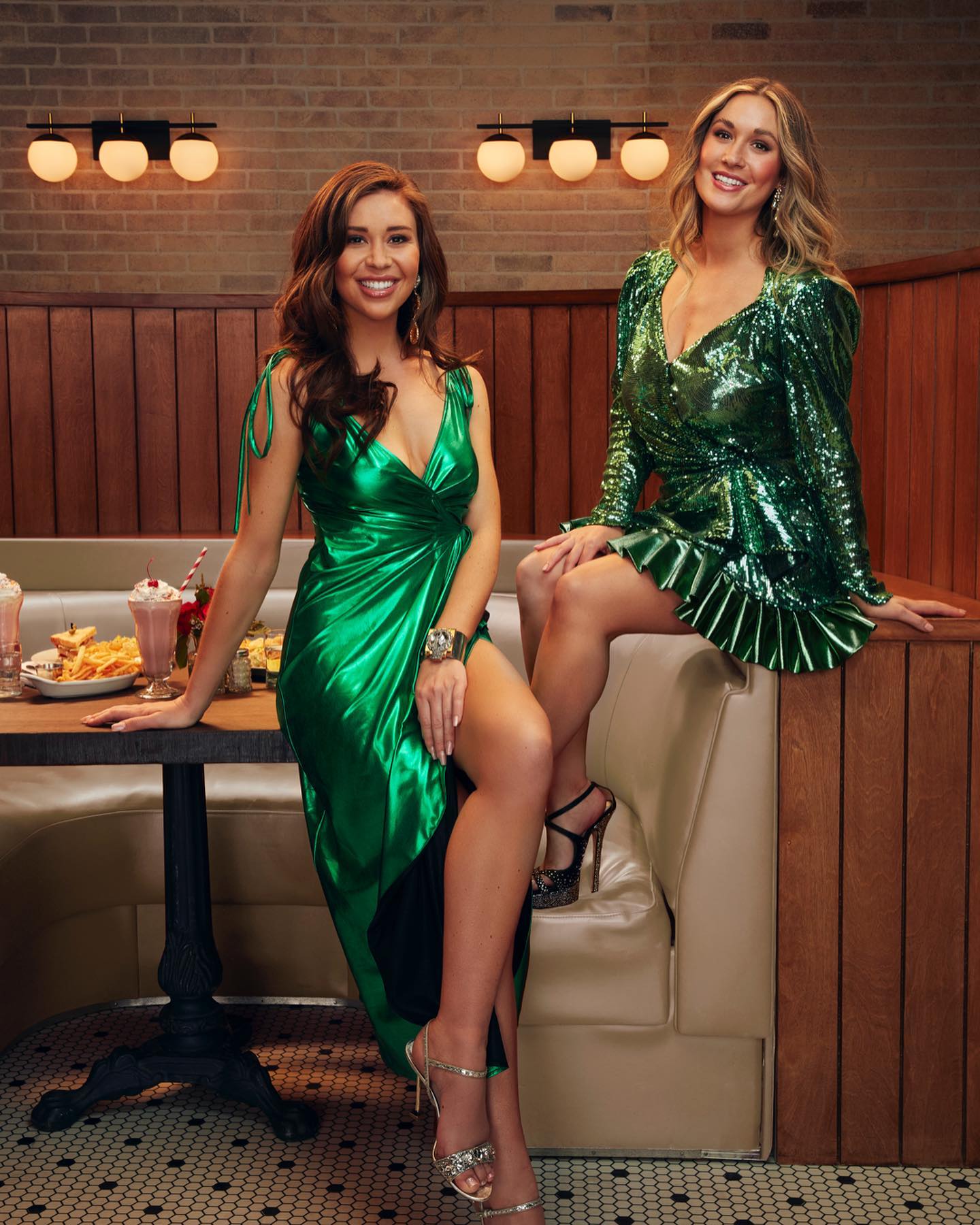 She continued, “It’s only natural to be attracted to the same guys, here and there. We’re human, but it would never be anything that Rachel and I couldn’t figure out on our own, especially always putting our relationship in the forefront of everything.”

As for how their season ends, Gabby and Rachel confirmed that they’re happy with the outcome. “I think we feel good honestly. And you learn so much about yourself going through this. So I feel like ultimately it’s just an amazing life experience together,” Gabby said. Rachel added, “I think we’re both so grateful to have been given this and to be there together. We’re both just really happy.”

Gabby Windey’s net worth is $1.1 million, which includes what she made as a Denver Broncos cheerleader and an ICU nurse before The Bachelor, as well as her $100,000 salary as the season 19 Bachelorette. If Gabby also becomes a contestant on Dancing With the Stars—which many past Bachelors and Bachelorettes have starred on—she’s also set to earn a lot more.

NFL teams have a around 10 home games per season, which includes two pre-season games and eight regular season games. Philadelphia Eagles cheerleader Tiffany Monroe told Money in a past interview that being an NFL cheerleader felt like it was “two full-time jobs” due to the low pay and long work. “I really felt like I had two full-time jobs during the season,” she said. “And our season never really ended. We got a little bit of a break in February.”

The current salary for Bachelors and Bachelorettes is $100,000, according to Reality Steve. Though Gabby’s Bachelorette salary hasn’t been confirmed, it’s believed that she’s also paid the $100,000 rate, which would include around two to three months of filming as the Bachelorette, as well as press as the season airs. It’s also unclear if Gabby and Rachel will split the $100,000 rate or if they’ll receive separate salaries.

Gabby Windey what she wants in a soulmate:

Gabby is much more than meets the eye. Not only is she beautiful, but she also has a lot of substance, emotional depth and a wealth of lived experiences. Gabby is looking for a man with quiet confidence. She doesn’t have a physical type but says that if he doesn’t have a personality, then it’s a hard pass.

Her ideal man will challenge her, communicate his feelings and work hard to equally carry the weight of the relationship. The one nonnegotiable for Gabby? Whatever man captures Gabby’s heart must also have room in their life for her four-legged friend because she and her goldendoodle, Leonardo, are a package deal. While Gabby would love to find a man, she isn’t the type to lose herself in a relationship. She’s hoping to find a man who will love her for the independent woman she is.

vijesh - 0
Gavy Friedsonn is an American businessman and the Deputy Director of International Operations at United Hatzalah. Gavy Friedson is popularly known as the husband of...