Katrina Kaif is one of eight siblings, 7 girls and 1 boy, from a mother who is a Caucasian of British Nationality, and a father who was formerly from Kashmir, India, but who has since acquired British citizenship. Her mother is now re-settled in Chennai (formerly known as Madras), the Capital of the state of Tamil Nadu in India. Katrina Kaif was born in British Hong Kongorn. Primarily known for her work in Bollywood films, Kaif has also appeared in Telugu and Malayalam films.

She received her first modelling assignment as a teenager and later pursued a career as a fashion model. At a fashion show in London, filmmaker Kaizad Gustad spotted Kaif and decided to cast her in Boom (2003). Kaif earned commercial success in Bollywood with the romantic comedies Maine Pyaar Kyun Kiya (2005) and Namastey London (2007). Kaif’s performance in the 2009 terrorism drama New York earned her a Filmfare Award for Best Actress nomination.

She received her second Filmfare nomination for her performance in Mere Brother Ki Dulhan (2011). In addition to acting, Kaif is involved with her mother’s charity and participates in stage shows.The actress was last seen in Anurag Basu directorial Jagga Jasoos, opposite ex boyfriend Ranbir Kapoor.

She spent subsequent years in Hawaii, and then in London, Britain, She started modeling accidentally when she was in Hawaii at the tender age of 14, when she was approached for a jewelry campaign. Thereafter she continued modeling in London.

Continuing to model was the reason she got her break in a Bollywood movie Boom (2003) offered by none other than film-maker Kaizad Gustad.

She was flooded with modeling assignments the minute she set her foot on Indian soil, especially with her innocent expressive face, hour-glass figure, and drop-dead gorgeous looks. 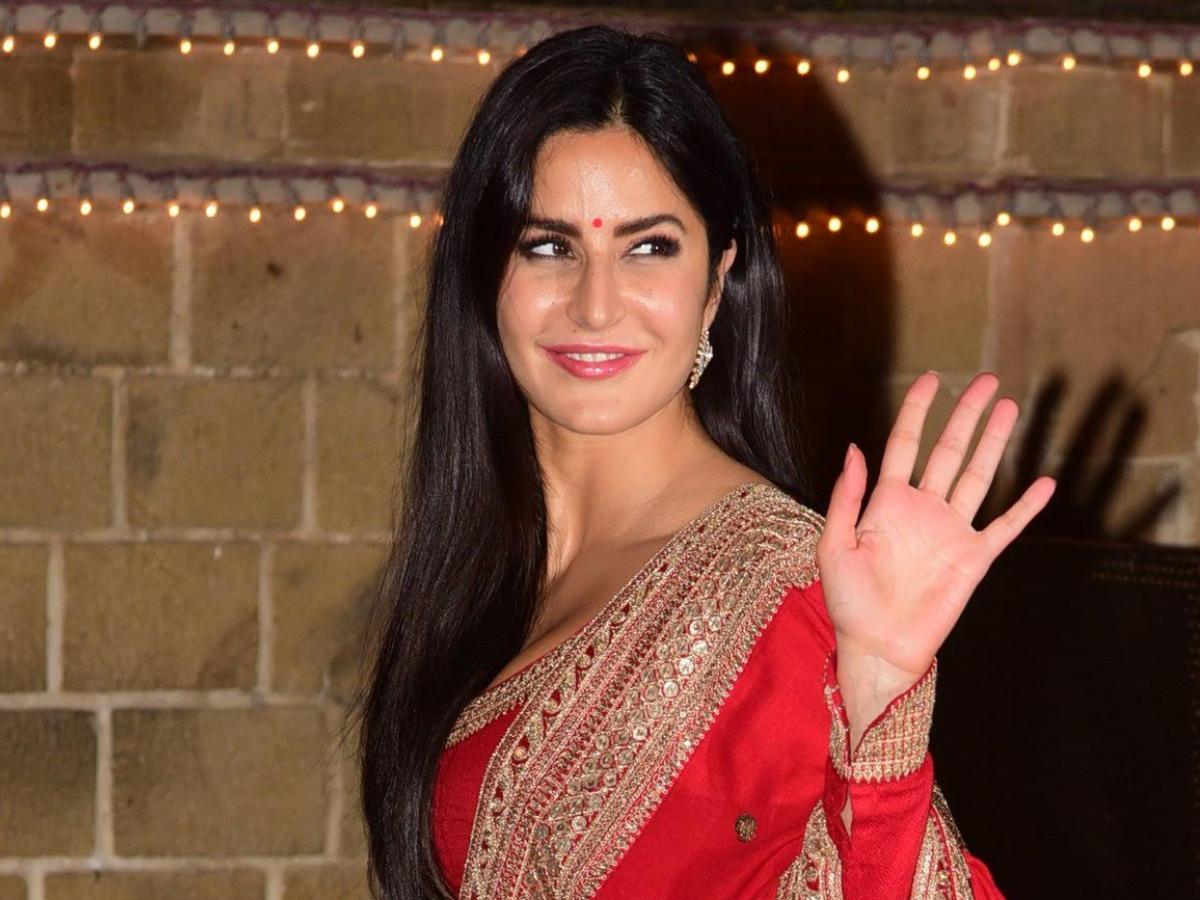 Professionally she started off as a model with photographer Atul Kasbekar, and upon being accepted, she received offers from LG, Cola, Fevicol, Lakme, & Veet. It was the Lakme commercial that got her noticed. She retained Matrix as her Manager to accept work on her behalf and at the price she deserved.

Moving to different culture and country was not much of a culture shock for her, as she states that no matter where you come from, the bottom line is that everyone wants to be loved, respected, and cared for.

Despite of her positive attitude, she had been stereotyped as “Indian” by extreme right-wingers in Britain who made it clear that she did not quite fit-in with their “Blonde” Caucasian culture; while on the other hand in India itself she had been ranked as an ‘outsider’ very much like Sonia Gandhi.

Unlike other artistes from foreign lands, Katrina did not experience any difficulties in getting a visa nor of getting it extended in India.

Although linguistically challenged, Katrina puts on a bold face and states that other Bollywood artistes like Sridevi, who did not know Hindi, did get offers from Bollywood film-makers, and she is no different. She has taken Hindi and dancing lessons to fit in with the Bollywood culture. She likes to display a picture of her learning Kathak dancing where she used to dance 7 hours a day non-stop.

Adorned with soft gorgeous looks, she is not easily intimidated, but admits that she is very emotional, sensitive, and concerned about her privacy, Almost an incurable romantic, she prefers to wear comfortable non-revealing clothes when at home, hates to do her hair, and above all dislikes make-up. Admitting to being lonely in the beginning, but now has several friends who she can hang out with. 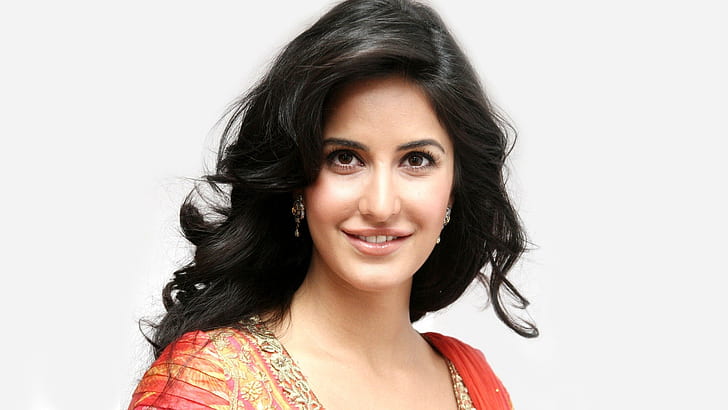 Although her first movie Boom (2003) was panned by the critics and shunned by the audiences, two other Telugu movies Malliswari (2004) and Allari Pidugu (2005) did get her noticed. She grossed 70 Lakh Rupees for Malliswari (2004) – making her top the list of the highest paid actresses during a South Indian movie debut.

Not done with South Indian movies, she has been signed in a Tamil movie ‘Bheema’ opposite National Award Winner Vikram.

She has received decent reviews for her part in “Maine Pyar Kyon Kiya”, as well as a brief appearance in ‘Sarkar’.

Katrina had made Mumbai her base, didn’t mind singing and dancing around trees and as a result is now one of the biggest mega-stars, perhaps one of the highest paid female-lead actresses in Bollywood, and a crowd-puller whenever she makes an appearance for a live song and dance number.

Her first major hit was Maine Pyar Kyun Kia released in 2005 starring Salman Khan. By 2007, she had established herself as one of the busiest and highest-paid actresses in India. People and critics started recognizing her acting talent through the 2007 released movie – Namaste London and 2009 released movie – New York. She has also starred in the movie – Tiger Zinda Hai and Dhoom 3 which are amongst the highest-grossing movies of India. Her upcoming movies include Sooryavanshi directed by the very famous director – Rohit Shetty starring Akshay Kumar releasing March 2020.

In 2010 and 2011, Mattel (US-based Toy Manufacturing company) released two sets of Barbie dolls inspired by Katrina Kaif. In 2015, she became one of the few actors from India to have Wax figure installed at Madame Tussauds.

After a lot of hard work, Kaif has achieved what she has today. We hope she continues the good work. 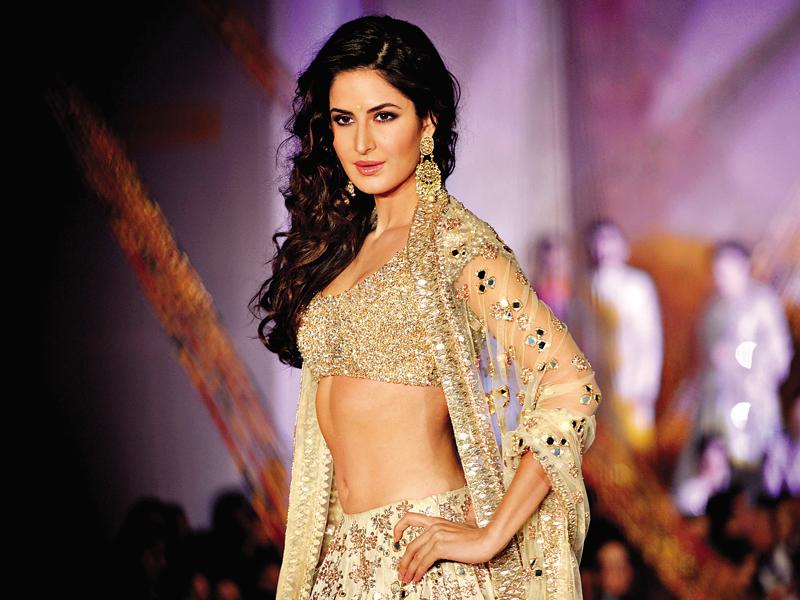 Katrina Kaif and Vicky Kaushal have tied the knot in a traditional ceremony at Six Senses Fort Barwara on December 9. The couple got hitched in the presence of their family members and close friends.

It all started from Karan Johar’s famous ‘Koffee with Karan’ show. In one episode, Katrina confessed that she would love to work with Vicky and they both will look good together. In response, when Vicky appeared on the show he was completely flattered and made a cute gesture of fainting.

In an award show in 2019, Vicky and Katrina appeared together on the stage and Vicky asked the 38-year-old actress, ‘How’s the josh!.’ To this, the actress responded earnestly, ‘High sir!’ Vicky was seen blushing. Everything turned cuter as Vicky jokingly asked for her hand, singing the Bollywood hit song ‘Mujhse Shaadi Karogi’.

Making everyone wonder what’s cooking between them, the couple were spotted together multiple times on different occasions from dinner dates to movies together.

Even though Katrina and Vicky are good at keeping secrets, there were still moments when the netizens caught a thing or two here. As per several reports on the net, the couple rang in the New Year together last year. 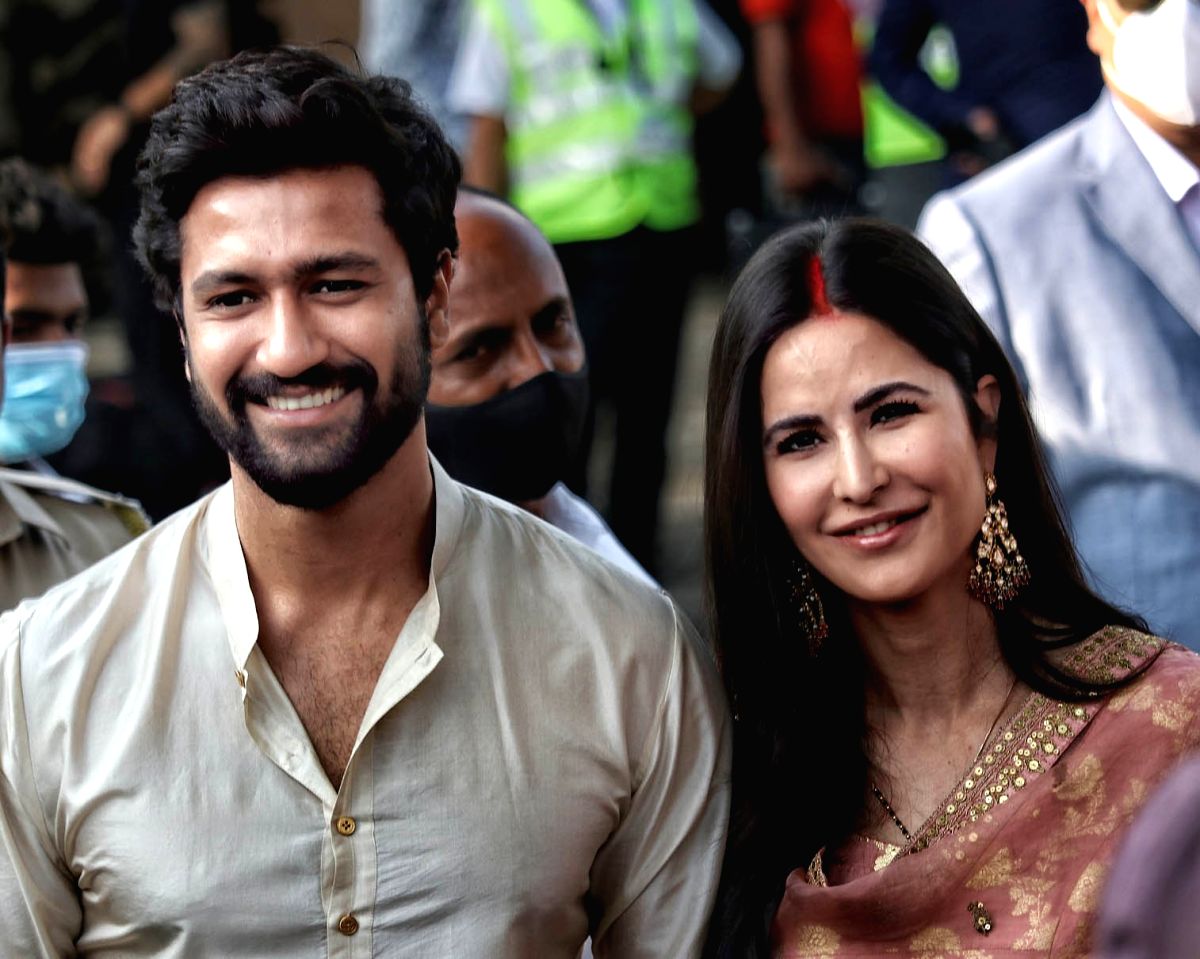 Katrina and Vicky both shared photos from their 2021 new year celebration with their respective siblings. While the two did not share photos with each other, but fans didn’t take too much time to guess that they were together as the location was quite similar. Moreover, a photo shared by Katrina also had Kaushal’s reflection.

Amid all this, Katrina shared a photo on her Instagram story in which she was hugging someone wearing a mustard-coloured t-shirt. Many thought it was none other than Vicky, who was spotted wearing the same colour t-shirt.

As per the reports, the couple tied the knot according to Hindi rituals in the presence of close family and friends.

Katrina has come a long way from making her film debut in India with her 2003 film, Boom. The actor has three older sisters, three younger sisters and one elder brother.

Her brother Sebastien Laurent Michel is the second child of the family. He is a furniture designer and an adventure junkie.

Katrina’s oldest sister, 44, is Stephanie Turcotte. She is an extremely private person.

Her third sibling is Christine Turcotte, 40, who is married to Nat Spencer and is a homemaker.

Katrina’s fourth sister, Melissa Turcotte, 36, is a mathematician and a scholar. She completed her MSc Mathematics degree at Imperial College in 2009. She was awarded the prestigious Laing O’ Rourke Mathematics Award for her dissertation project, in which she found a new solution to a partial differential equation that models the behaviour of shallow water waves. Post college, she took up a consultancy role at BAE Systems, a British multinational arms, security, and aerospace company based in London, England. 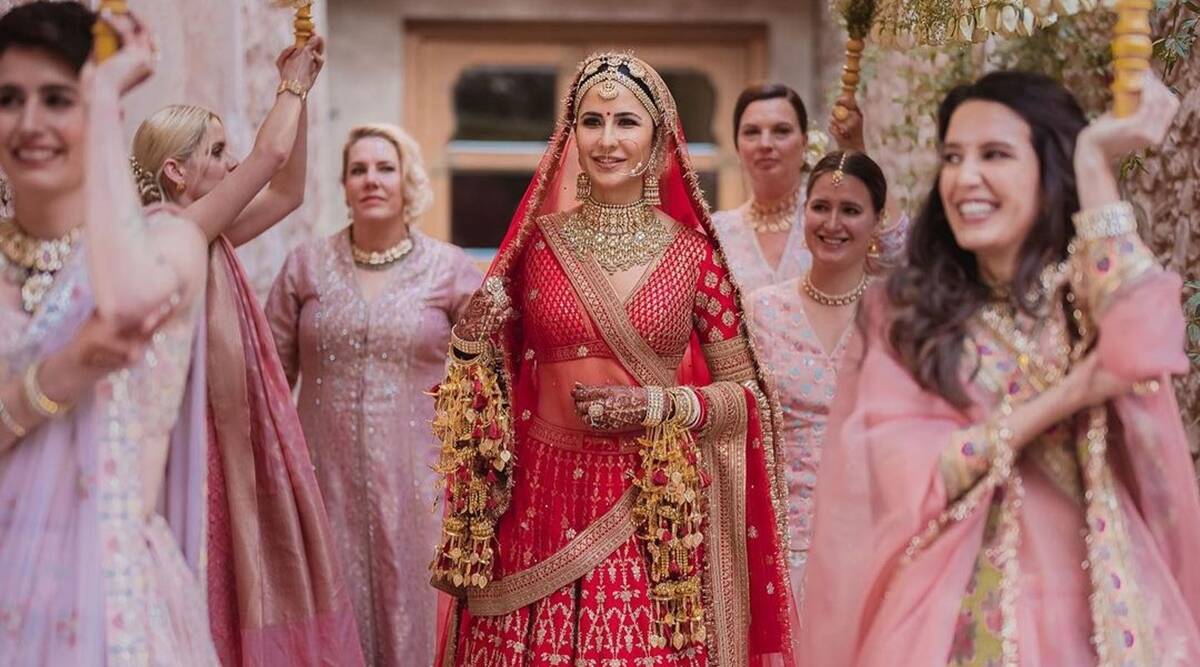 Next in line is Isabelle Kaif, 30, a model and actor. She is often spotted with Katrina who helped her get a foothold in the entertainment industry.

The youngest of the lot is Sonia Turcotte, a photographer and a designer. She studied Graphic Designing at the University For Creative Arts at Surrey, UK. 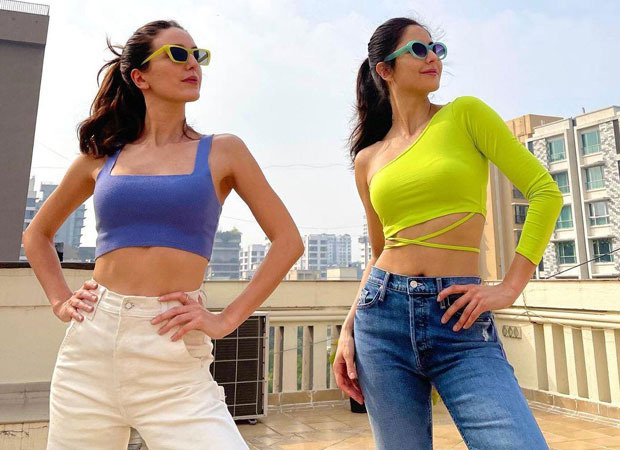 Morning/Breakfast: She drinks a lot of water in the morning and after 2 hours takes boiled vegetables and fruits.

Katrina Kaif is one of the highest-paid actresses in India. Her major earnings are from movies, brand endorsements, stage shows, and from her own makeup brand Kay. As per trade analysts, Kaif charges Rs. 10 crores approx per movie. She endorses a number of brands such as Slice, Nakshatra, Lux, Panasonic, Lakme, Oppo, etc. Recently she was signed by Reebok for which she is being paid 40% more than what she was being paid earlier.

Katrina is also involved with Relief Projects India, a charitable trust which rescues abandoned baby girls and works to prevent female infanticide. She has contributed to various organizations, trusts the earnings which she has earned by participating in various game shows such as Dusk ka Dum and Kaun Banega Crorepati.

Kaif has ranked highly in polls choosing the most attractive celebrities. She was named the Most Desirable Woman in 2010 by The Times of India. She has won numerous awards including NDTV Indian of the Year in 2011, People’s Choice Award in 2013, Zee Cine Award for Best Supporting Actress in 2018 among others.

In October 2019, she launched her own makeup brand Kay by Katrina. She is also a part of Salman Khan’s Dabangg tour which does stage shows, dance shows around the world.

REAL ESTATE: She has a 3 BHK Appartment in Bandra, worth Rs. 8.20 crores, a property in Lokhandwala worth Rs. 17 crores, penthouse in Bandra where she currently resides and a bungalow in London worth Rs. 7 crores. 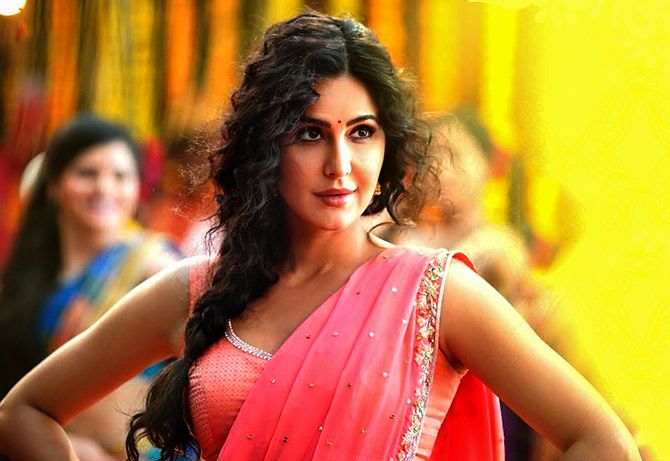 Katrina Kaif is one of the most loved superstars of Bollywood. The actress is considered as the Barbie Doll of the Indian film industry and has worked with the topmost actors and directors.

The diva has been in showbiz for 15 years, and we have seen her defining versatility over time with her amazing acting skills. She is also loved for her stunning looks and breathtaking dance performances and rules the hearts of millions.

It is always a treat to watch the actress in movies. There is no doubt that she is a beauty queen. But we call her the queen of social media as well. Wondering why? Well, the reason is that she was India’s first ever fastest growing Instagram celebrity in the year 2017, with 1 million followers, and today, she has 62 million followers.