Laura Rutledge is an American journalist and reporter. She currently works for ‘CNN International’ and ‘ESPN.’ Rutledge joined ESPN and began working on SEC Network in 2014. She has covered a wide range of college sports as sideline reporter including football, basketball, softball and baseball. In addition to traveling with SEC Nation last fall, Rutledge was the sideline reporter for ESPN’s Thursdays Night Football Game. Laura Rutledge also hosted more than 200 SEC Now shows and became an unofficial co-host on The Paul Finebaum Show, joining Finebaum in-studio several days a week.

Laura Rutledge is the host of ESPN’s year-round weekday NFL news and information show NFL Live and SEC Network’s SEC Nation. Since joining the company in 2014 as a reporter on SEC Network and ESPN, Rutledge has consistently expanded her portfolio. She was named host of NFL Live in June 2020 and also hosts SEC Nation – 2021 was her fifth year as host and sixth year with the show overall.

SEC Nation has been traveling the Southeastern Conference for three seasons. The show has brought national viewers the sights, sounds and tailgating taste of every SEC campus on game day, as well as flavor from the neutral site Florida-Georgia game in Jacksonville, Fla. and an annual trip to the SEC Football Championship game in Atlanta. 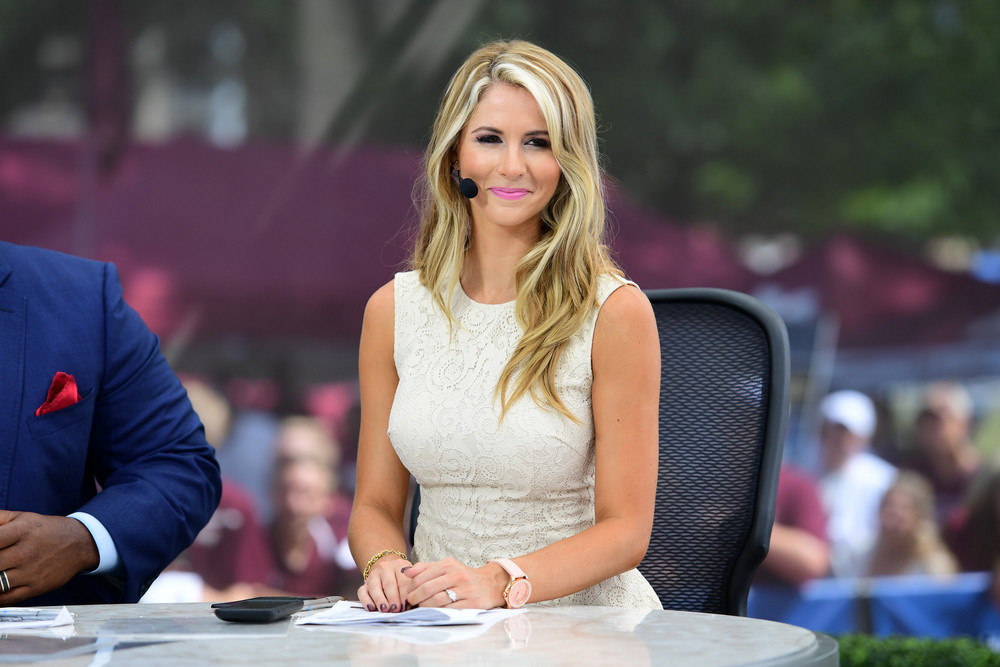 Born and brought up in Florida, Laura graduated from the ‘University of Florida’ in broadcast journalism. She started hogging the limelight in 2012 when she won the ‘Miss Florida’ pageant. In the same year, she started her career in sports journalism. In 2013, she participated in the ‘Miss America’ pageant, but couldn’t win the competition. As for her journalism career, she first worked for ‘Fox Sports’ as a sideline reporter. After working for ‘Fox Sports’ for two years, she started working for ‘ESPN.’

She has hosted post-game shows on ‘Fox College Football’ and halftime shows of college football games telecasted on ‘Fox Sports Network.’ She also became the producer of a show called ‘SDLive’ which was telecasted on ‘Fox Sports San Diego.’ She is known as one of the most popular American female sports journalists owing to her stunning looks and terrific reporting skills. She met the professional baseball player Josh Rutledge in 2011, and got married to him in 2013.

She attended Celebration High School in Celebration, Florida. She married Josh Rutledge, a professional baseball player, in 2013. They reside in Birmingham, Alabama. On October 2, 2019, Rutledge gave birth to a daughter, Reese Katherine Rutledge. The young McKeeman loved fishing and wanted to be a marine biologist all through elementary school. However, she became passionate about broadcast television when her family moved to Atlanta in her teen years. 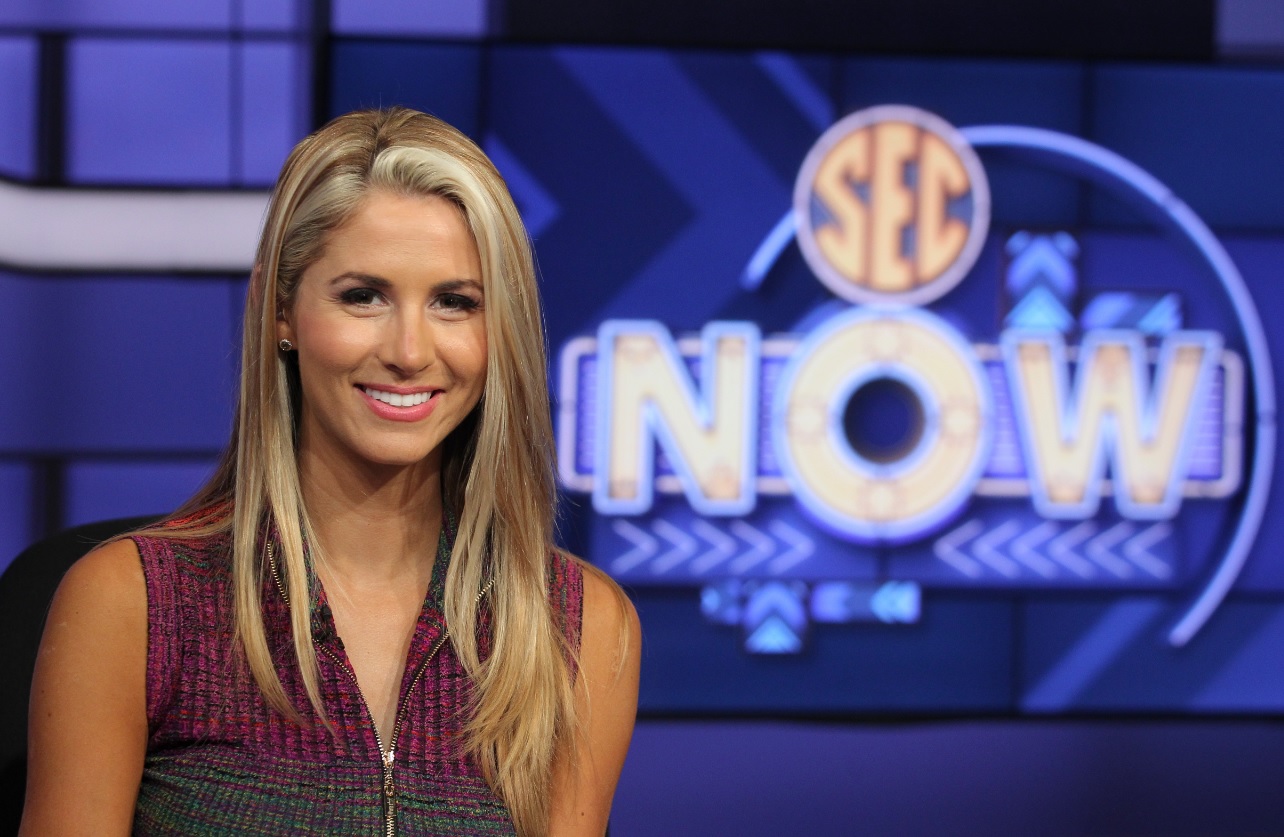 Before joining NFL Live, Rutledge was a contributor on Get Up. She has also anchored SportsCenter and hosted red carpet coverage at The Home Depot College Football Awards, the ESPYs and the NFL Draft. Additionally, Rutledge has contributed to ESPN and SEC Network’s live-event programming for college football, basketball, gymnastics, baseball and softball. She was a mainstay in ESPN’s extensive championship coverage surrounding the College Football Playoff, NCAA Women’s Gymnastics Championships, and both the Women’s College World Series and College World Series.

Prior to joining ESPN, Rutledge was a sports anchor for CNN’s New Day and Early Start. She also worked on HLN’s Morning Express with Robin Meade, as well as Fox Sports.

Rutledge has a broadcasting journalism degree from the University of Florida, where she also won the 2011 Red Barber Award for Excellence in Broadcasting at UF. Rutledge is an Ambassador for the Miracle League, an organization that builds baseball fields for children with disabilities.

Rutledge and her husband Josh, a retired MLB infielder and former Alabama baseball player, reside in Connecticut. They welcomed a daughter, Reese, in October 2019. 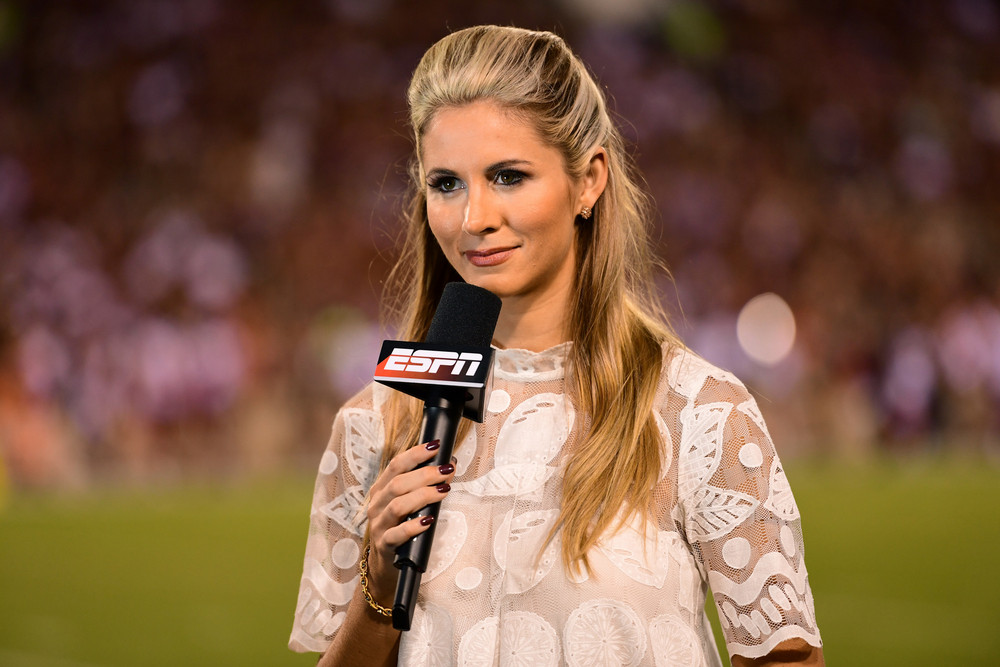 She won the title of Miss Florida on July 7, 2012, when she received her crown from outgoing titleholder Kristina Janolo. Her competition talent was ballet. Rutledge is a graduate of the University of Florida, having majored in broadcast journalism. She was also a member of the Zeta Tau Alpha sorority. She is currently working for ESPN and is featured in multiple shows, including the SEC Network’s college football pre-game show, “SEC Nation” and “NFL Live”.

In 2011, Laura met professional baseball player Josh Rutledge through a common friend. Laura and Josh Rutledge started dating after meeting each other again in Birmingham. Laura got married to Josh Rutledge on December 7, 2013. Laura is active on social media platforms like Instagram and Twitter where she has thousands of followers.

Laura Rutledge’s salary is $450,000 per year and is worth around $500,000 and a million USD. In the meantime, her husband’s worth is roughly $55 million. Laura Rutledge makes the life of a working mum and dedicated wife look easy. She is among the best sports correspondents in the US.

vijesh - 0
Melanie Lynn Clapp is an American interior designer who is famous for being the ex-wife of the popular American actor and comedian John Knoxville. The...