Mariya Putina, also known as Maria Vorontsova and Maria Faassen, is his eldest daughter, born on 28 April 1985 in Leningrad (now Saint Petersburg) in Russia. Mariya Putina and her sister Katerina Tikhonova are Vladimir Putin’s eldest daughters, whom he had in his first marriage to Lyudmila Aleksandrovna Ocheretnaya. Mariya Putina spent much of her early life in Dresden, East Germany, prior to the fall of the Berlin Wall, where her father served as a KGB agent.

Mariya Putina reportedly played the violin as a child and went on to study biology at St Petersburg State University and medicine at Moscow State University. She is married to Dutch businessman Jorrit Faassen and the couple reportedly now live in Moscow.

Mariya Putina has been reported living under the assumed name Maria Vorontsova. Tikhonova and Vorontsova, in their 30’s, are rarely seen in public and almost never mentioned by their father. The Kremlin has only ever identified them by their first names. In 2019 Vorontsova, who lives in a penthouse apartment opposite the US embassy in Moscow, gave an interview on Russian state TV revealing plans for a £500m medical venture aimed at helping to cure cancer. 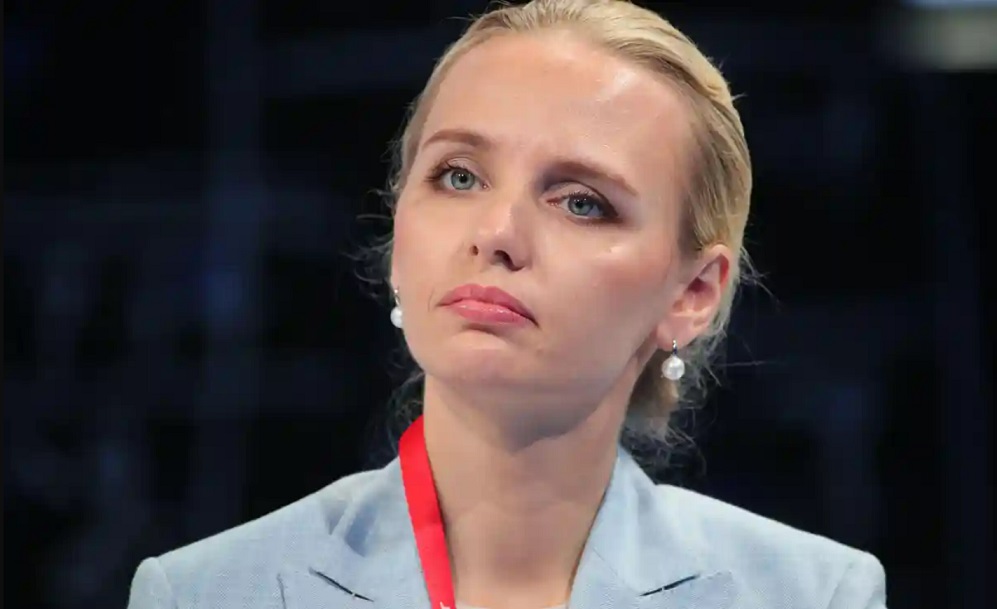 Putina attended Saint Petersburg State University where she studied biology, and, after studying medicine, graduated from Moscow State University in 2011. She went on to become a PhD candidate at the Endocrinology Research Centre in Moscow.

She specialises in paediatric growth disorders and according to reports, has been listed as Putin’s advisor in genetic engineering. She now is a paediatric endocrinologist, studying the effects of hormones on the body.

With Ivan Ivanovich Dedov as her advisor, she was a PhD candidate at the Endocrinology Research Centre in Moscow, headed by Dedov and which runs the charity project Alfa-Endo, for children with endocrine diseases. Alfa-Endo is funded by Petr Aven and Mikhail Fridman’s Alfa-Bank of the Alfa Group.

Between 2013 and 2015, Vorontsova co-authored five studies including “The status of blood antioxidant system in patients with active acromegaly”. She also, in 2015, co-authored a book about idiopathic stunting in children. Vorontsova is credited to be Putin’s advisor in genetic engineering, especially in the usage of CRISPR to create genetically-engineered babies.

Maria Vorontsova’s husband Jorrit Faassen as “Russian-born” (he was born in the Netherlands), and said the couple previously lived in a penthouse apartment in Amsterdam; that apartment was in the village of Voorschoten and, while they were widely thought to had resided there, the reports are unconfirmed.

According to investigative journalist Serghei Kanev, Maria owns an important stake in a mega-project for the construction of a large clinic near St. Petersburg, intended to attract patients from Europe and the Persian Gulf, a project now endangered by sanctions. Faassen worked extensively in Russia at Gazprombank-Invest and Stroytransgaz, and his father is a former colonel in the Dutch army. The couple has two children who make Putin a grandfather.

In 2017, Putin said that he had two grandchildren but did not give details, except that thefirst one was “already in kindergarten” and the other was “recently” born.

vijesh - 0
Hallie Gnatovich is a former American actress who has portrayed few characters in different television series. She appeared as the researcher in the TV...