Home News Melissa Lucio Case – Wiki, How to save this innocent woman?

Melissa Lucio aka Melissa Elizabeth Lucio is the first woman of Hispanic descent in Texas to be sentenced to death. She was convicted of capital murder after the death of her two-year-old daughter, Mariah. Ms. Lucio is facing execution on April 27, 2022 in Texas for a crime that never happened, the tragic, death of her daughter. In 2008, Ms. Lucio was convicted and sentenced to death based on a biased and inadequate death investigation and a shockingly inadequate defence. But that’s just the tip of the iceberg.

She was wrongfully convicted and sentenced to death after her 2-year-old daughter, Mariah, died in 2007 following an accidental fall. Although Ms. Lucio repeatedly told the police that she did not kill or abuse her daughter, they continued to interrogate her for five hours the same night  her daughter died. Around 3 a.m., Ms. Lucio, exhausted and in shock from the loss of her child, agreed, falsely, to take responsibility for some of Mariah’s injuries. Ms. Lucio, a life-long survivor of abuse, succumbed to the detectives’ demands to bring the nightmarish interrogation to an end.

The lifetime of sexual abuse and domestic violence that Ms. Lucio had endured made her especially vulnerable to the police’s coercive interrogation tactics. But her defense was not allowed to present this evidence at trial. Her attorney failed to mount a proper defense or present evidence pointing to her innocence.

Lacking solid physical evidence, Cameron County District Attorney Armando Villalobos presented Ms. Lucio’s statement to the jury as a “confession” to homicide and sought the death penalty, a “win” he thought would help him get re-elected. Today, the former district attorney is serving a 13-year federal prison sentence for bribery and extortion.

Her case was the subject of the 2020 documentary, The State of Texas vs. Melissa. Lucio has maintained her innocence and Cornell Law School professor Sandra Babcock has called the prosecution “by far the weakest capital case I’ve ever seen”. 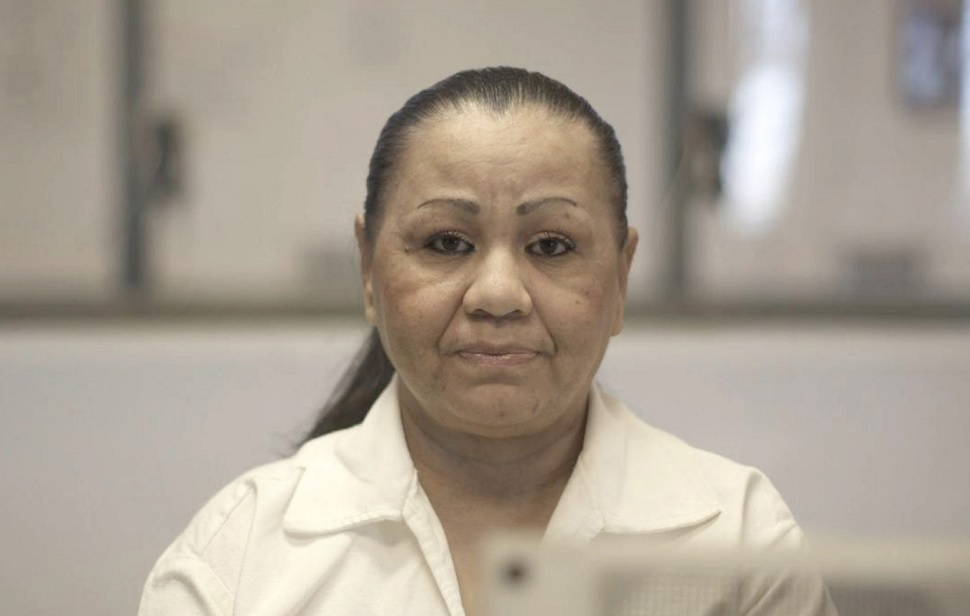 Ms. Lucio, who has 14 children, has suffered a grave injustice. Her children, who ranged from 2 to 15 at the time of her arrest, were still in the precious moments of growing up when the death of their sister and their mother’s wrongful incarceration devastated them. Ms. Lucio gave birth to her youngest children — twin boys — while in jail and had to give them up for adoption due to her wrongful incarceration. The rest of her children were split up and sent to live with relatives or placed in the custody of the state.

“Texas tore this family apart through the cruelty and injustice of Ms. Lucio’s wrongful conviction. Her children, mother, and siblings have been traumatized by Ms. Lucio’s arrest, prosecution, and death sentence,” said Tivon Schardl, chief of the Capital Habeas Unit of the Federal Defender for the Western District of Texas, and one of Ms. Lucio’s attorneys.

The criminal legal system failed her and her family, and if it executes her, it will continue to do so.

According to the Innocence Project, Lucio fled an abusive home in the Rio Grande Valley when she was 16. She was the mother of 12 children and pregnant with two more when her youngest child Mariah died. That same night, police interrogated her for five hours. She says the interrogation amounted to a coerced confession. “I guess I did it,” she finally told them. “I’m responsible.”

Those two sentences are the only evidence prosecutors presented at the trial. Thousands of pages of Child Protective Services records and hours of interviews with her other children found no evidence that she had ever been violent or abusive. A court appointed attorney withheld evidence that bolstered Lucio’s claims that she had been forced to confess. But then-Cameron County District Attorney Armando Villalobos pushed her conviction through anyway. Today, he himself is in jail for bribery and extortion.

In 2019, Lucio’s conviction was overturned by the by the U.S. Court of Appeals for the Fifth Circuit, but the state of Texas appealed, and a court of appeals reversed the 2019 grant of relief by a vote of 10 to 7. Last year, a group of former prosecutors and reform advocates urged the Supreme Court to review Lucio’s case, but to no avail.

Speak out before Texas makes an irreversible mistake time is running out. You can Call the Cameron County District Attorney and ask him to withdraw Ms. Lucio’s execution date. You can vist the following website and check if anything you could do to help her out.