Post Graduate in commerce from Andhra University and CAIIB. Joined SBI in 1984 as a Probationary Officer. She was former deputy managing director of the State Bank of India. She also worked as country head of SBI in the US. She has 33+ years of experience in credit Management, Corporate Lending, Retail Operations, Digital Banking, Treasury and International Operations. 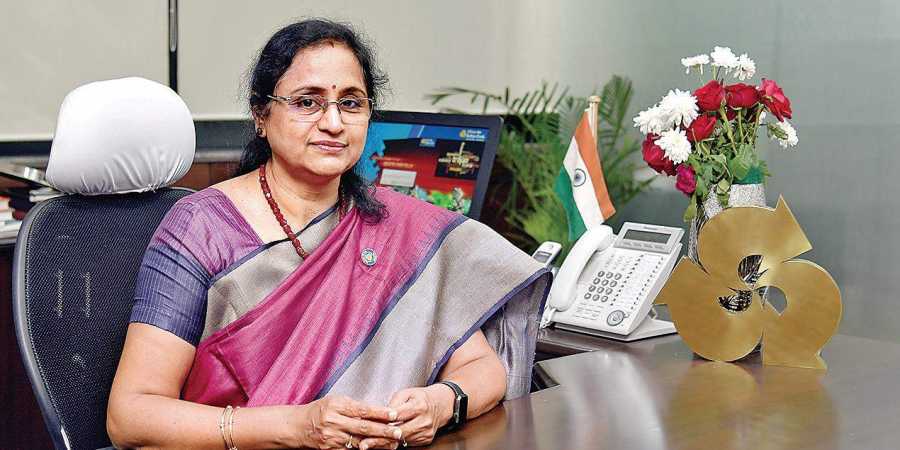 As DMD, Padmaja headed the global markets and digital banking verticals in SBI. Prior to assuming the role of DMD, she was the country head of the bank in the US between September 2014 and August 2017.

During this tenure, she handled responsibilities of designing and overseeing strategic planning, business activity, risk management and compliance in the US offices of SBI in New York, Chicago and Los Angeles. She was instrumental in driving local US business through both syndicate and bilateral loans to US corporates.

She maintained good relationship with FRB, FDIC and state regulators. Padmaja was also vice-chair of board of directors and chair of EC of SBI (California), a US-based subsidiary bank of SBI. She was on the banking committee of USIBC and member of the board of trustees of the International Bankers Association New York, Asia Society New York and the pacific Rim Bankers Group, San Francisco, said a press release issued by Indian Bank.

Earlier, Padmaja was general manager of corporate accounts group in SBI between October 2012 and August 2014 where she established the CAG-BKC office of SBI. She played a key role in establishing and managing relationships with large India conglomerates. She was responsible for the underwriting of new loans, maintenance of asset quality and compliance with regulatory guidelines.

As the MD and CEO & Director of Indian Bank, the total compensation of Padmaja Chunduru at Indian Bank is ₨3,190,000.

Indian Bank is an Indian state-owned financial services company established in 1907 and headquartered in Chennai, India. It serves over 100 million customers with 20,924 employees, 6,089 branches with 5,022 ATMs and 1,494 cash deposit machines and is one of the top performing public sector banks in India.

vijesh - 0
John Bevere is an international minister and best-selling author known for his bold and uncompromising approach to God’s Word. His resources have been translated...