Pari Bishnoi is an IAS officer of 2020 batch. She had secured All India Rank 30th in the UPSC Civil Services Examination, 2019. The result was announced on 4th August, 2020.Pari Bishnoi, 25, was born into a well-to-do family in the village of Kakra in the Bikaner district’s Nokha tehsil. Advocate Maniram Bishnoi is her father’s name, and Inspector Sushila Bishnoi is her mother’s name. Sushila Bishnoi is a police officer with the GRP in Ajmer, Rajasthan. Pari Bishnoi’s grandfather Gopiram Bishnoi, on the other hand, has served as the sarpanch of Kakra village four times.

Pari took her education from elementary to intermediate from St. Mary’s Convent School in Ajmer . After that Pari went to Delhi for her graduation and got her bachelor’s degree from Indraprastha College for Women, University of Delhi . Along with this, he also actively prepared for civil services. Pari holds a master’s degree in Political Science from MDS University, Ajmer. Pari, who has an extraordinary talent, has been interested in teaching, due to which Pari not only gave the NET exam but also cleared the NET-JRF. Pari has succeeded in becoming IAS (CSE 2019) from 30th rank in her third attempt. 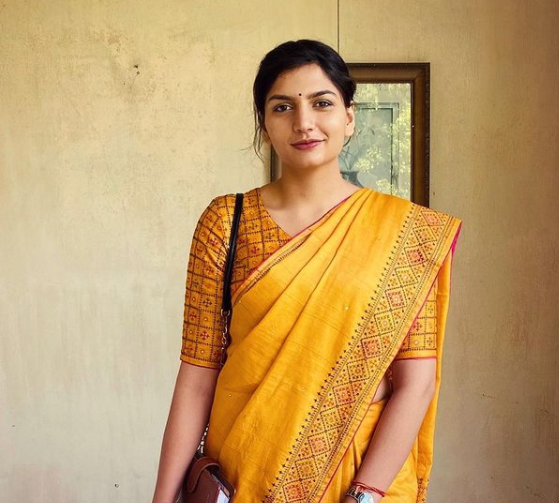 This was Pari’s third attempt in the Civil Services Examination. Pari could not even clear the exam in the first attempt. In the second attempt, she was in a much better position than in the first attempt. This time she managed to reach the interview process by clearing the main exam. Pari climbed to the top in the third attempt with a magical jump in the tough path of UPSC. She became IAS by securing 30th rank in India. Pari is the first Bishnoi woman to become an IAS directly after the interview.

Pari’s father is an advocate and mother is serving as Inspector in GRP. Both are working in the field of making people aware of their rights and empowering them. This had a direct effect on his daughter. Taking inspiration from her parents since childhood, Pari made up her mind to join the civil service.

Pari’s parents paid a lot of attention to her education due to which she has managed to reach this position today. After graduating, Pari prepared for the Civil Services by staying in Delhi for 1 year. After that Pari made up her mind to prepare by staying at home and she came to Ajmer. Pari told that before the examination, her mother’s posting was done in Mundwa police station. Staying with his mother completed the main part of the preparation at Mundwa police station. Internet was made the main tool for preparation.

Since optional subject during her graduation was Political Science so she chose it as optional.

inspiration was from the Rajasthan cadre, however wherever I get a chance to work, the priority will be to do well.

Given below is the mains marksheet along with the PT marks.

Pari has gone to the Lal Bahadur Shastri National Academy of Administration (LBSNAA) Mussoorie, one of the most prestigious civil service training centres. She is now undergoing IAS training at LBSNAA in Mussoorie. She has been allocated Sikkim cadre to Indian Administrative Service(IAS) on the basis of Civil Services Examination(CSE)-2019. She is currently posted as the Assistant Commissioner (under training) in Gangtok, Sikkim

She claims that the Rajasthan cadre inspired her, but she adds, “Wherever I get the chance to work, the priority would be to achieve well.”

When the media talked to Pari, she told that the most important contribution in reaching this point has been the mother. She told that she used to constantly watch the police service of her mother and it was because of this that she had cherished the dream of becoming an IAS. Pari told that during the preparation of civil services, she had failed many times and got frustrated, but the family gave her courage, due to which she has been able to reach here today. Pari has appealed that no one should be afraid of failing.

Prepared by staying in Delhi

Sushila Bishnoi said that daughters are very sweet. She has two daughters. Both the daughters were brought up with pride. Never put any kind of pressure on Pari too, but what she wanted to do. Supported her in that. Pari did her schooling from St. Mary’s Convent. After this she went to Delhi University and while staying there she prepared for civil services.

Pari is one of the most loved IAS officers of Sikkim. She is having a whooping 63K followers on her Instagram account.