In 2018 Java began sponsoring Zimdancehall musicians among them Enzo Ishall. Several such artists mention his name in their songs. 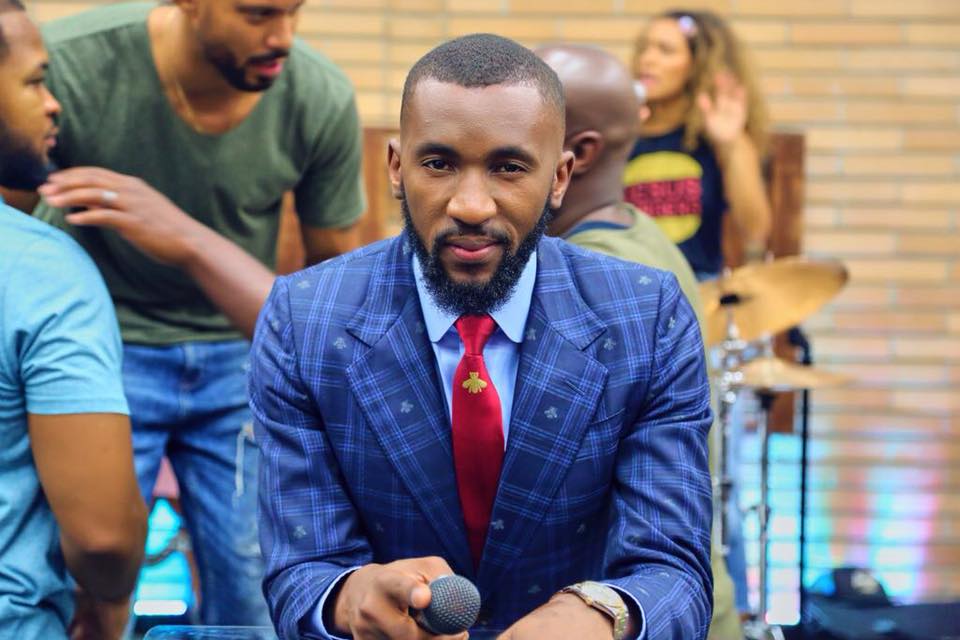 In 2013, he launched a television station in order to reach people worldwide. He named the station Kingdom TV. in which he eventually became the owner. Over the course of 8 years, KTV has stretched across the globe impacting millions; not by his knowledge of the process, but by his effortless hard-work, patience, obedience, and the grace and will of God.

In 2014, he started his own record label called Passion Java Records quickly became popular influencing a generation by As he continued to produce and sign artist of true value, it was only a matter of time before his record label rose from Zimbabwe to an international level. He didn’t stop there; he began to leverage his influence and shape the lives of the youth by providing education, establishing careers, building shelters, and much more.

Prophet’s journey had only begun at this point. He continued to stretch his gift by travelling over 80 countries to prophesy and preach at some of the largest congregations and gatherings in the world. He has consulted and advised CEO’s and public figures nationwide including both the President of Zimbabwe and Jamaica. Coming from a genealogy of God’s entrusted speakers, His spiritual father, Noel Jones, known as The Prince of Preachers in America, has been a part of Prophet’s journey as they have both travelled globally.

Passion Java was born on 28 October 1988. He was raised and attended school kwaSeke. Although he started his ministry in Zimbabwe, he has crossed borders and performed astonishing acts and miracles in South Africa.

It is said that people are born with gifts, and for Java, his talent was prophesying and sharing God’s gospel. He started sharing the gospel in his hometown Chitungwiza before he decided to take the bold step of launching a television station.

Born Passion Java, initially, he was a member of the Tabernacles of Grace Ministries for quite some time, together with his brother Apostle B Java. When he pulled out of the Tabernacles of Grace ministries, he started an inter-denomination services in 2010 at the Chitungwiza Aquatic Complex where it is said that he commanded a very large following despite being 22 at the time. During its infancy, the church organisation was called Kingdom Embassy.

It was also alleged that at that time he was already performing all sorts of miracles. He then temporarily moved to South Africa where he was also said to have continued with his trend of performing miracles. He made headlines in South Africa where he accurately told strangers their identity numbers. Passion Java commenting on his miracle-working ability claimed that, “I was born with a special gift When I was very young, I used to have strange dreams depicting me in heaven and surrounded by angels. When I was in Form One, I specifically had a vision in which I saw a set of numbers spinning in the air. I ran off to tell our school Scripture Union facilitator about the vision and she screamed saying that it was her birth date”. He has also poured cold water on claims that he uses black magic to perform miracles arguing that prophets were actually superior to sangomas. After successfully launching his religious career, the name of the church was changed to Passion Java Ministries.

He also made headlines when the prophet Passion Java snake headlines hit the airwaves. He was allegedly caught with a snake, which caused multiple people to question his ministry and involvement with black magic. The flashy cleric has only poured cold water on these allegations. Besides being a minister, the 32-year old is also an author. You will find Passion Java books in various book stores. Similarly, the controversial prophet also owns Java recording studio.

Java has been in the news not only for his alleged ability to perform miracles, but his flamboyant lifestyle which has led many to question the source of his wealth as well as fuel speculation about his credibility as a bona fide prophet. He was alleged to have spent over USD 500 000 in one shopping spree where he bought three top of the range vehicles which included two Range Rovers and a Jaguar. The move was viewed by many as overspending by a man of the cloth and further heightened the skepticism which seems to surround public opinion on the so-called “prosperity gospel”.

The vehicles procured by Java were said to be for his senior pastors who also accompanied him on the shopping spree. Java was also reported to have had an equally flamboyant 24 birthday celebration which was celebrated at three different venues on three different days. On one of the days the prophet is said to have rounded up about 110 street kids and before giving them a rare treat of pizza, chicken and a US$1,200 chariot birthday cake. The party then moved to a local hotel where Passion was joined by Uebert Angel and wife from the Spirit Embassy, Tabernacles of Grace Ministries leader Apostle Batsirai Java (who is Prophet Passion Java’s brother) and flamboyant Nigerian ‘Oga’ Chief Okeke.

He was married to a lady of Ethiopian descent, Lily Tsegaye (February 2016) and was formerly married to Prophetess Yasmin with whom he had a son named Uebert Java named after Passion Java’s spiritual father Uebert Angel. He divorced his first wife Yasmin in late 2015. Lily Java (nee Tsegaye) who is of Ethiopian descent, married prophet Passion Java in 2016, in a flamboyant ceremony in Jamaica. Lily Tsegaye who comes from a well up family, met Passion Java in 2016 at a conference in Baltimore USA. 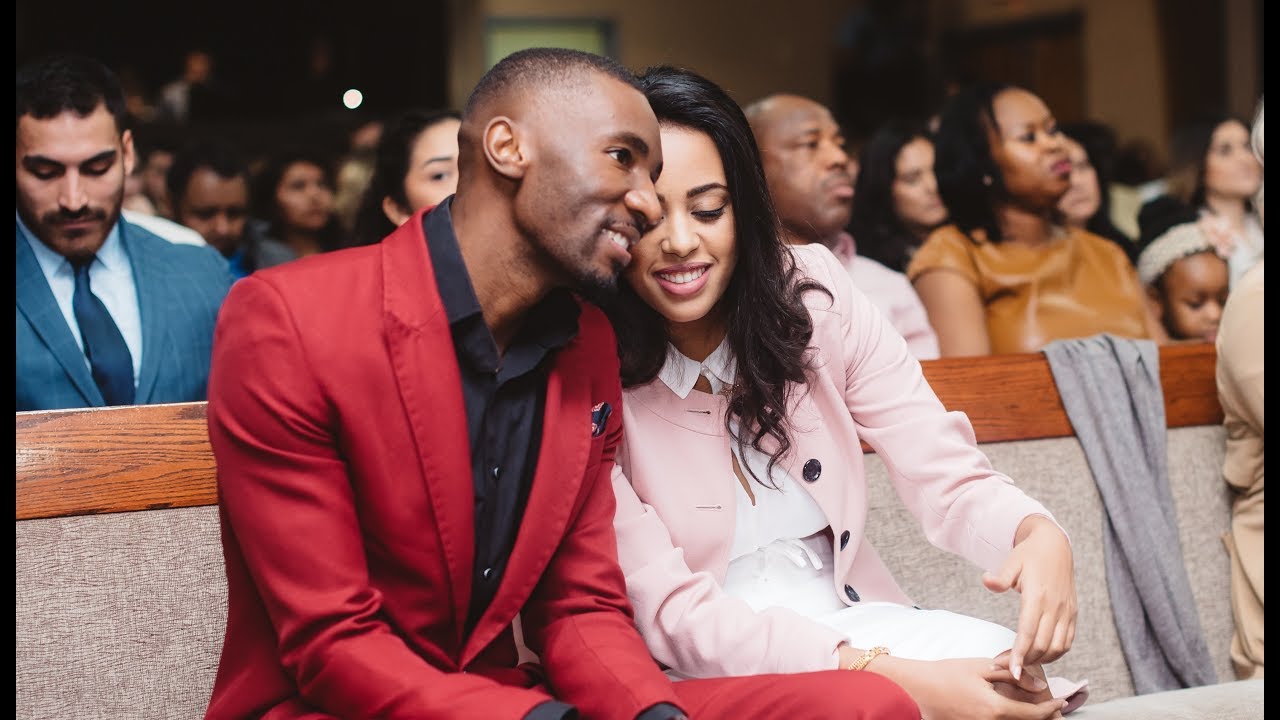 Social media is awash with claims that Passion Java and his wife Lily Tsegaye have also called it quits after 4 years of marriage. According to the prophet, him and his wife Lily have been separated and living apart for a whole year.

At the time Lily Java was blamed for being the woman who caused the marriage breakdown between Passion and Yasmin Java, however, she denied it saying

Some people think I had something to do with his separation and eventual divorce. That is 100 percent false. But what I learnt in life is that people will always talk and create stories about you from the little information they have without asking to hear the complete story from all parties involved. But as long as I am clear and clean before God in that regard, I do not need human approval for I know who I am in Christ Jesus.

vijesh - 0
Sarita Mehendale is a Marathi television actress who was born on 16th March, 1994 in Sangali, Maharashtra. She did her schooling from Chate School...