Rachel Recchia is an American television personality who made her reality television debut on Clayton Echard’s season of “The Bachelor.” Rachel is the co-star of season 19 of The Bachelorette alongside Gabby Windey. Rachel Recchia is a private plane pilot based in Florida, Recchia won the hearts of many fans, which is likely why the network chose to offer her the opportunity to find love on her own journey — alongside Gabby Windey in the 19th season of Bachelorette.

Recchia was born in Chicago, Illinois, to parents Tony and Mary Anne Recchia, and moved to Clermont, Florida as a teenager. She has a younger brother, Anthony. She graduated from Ohio University with a degree in aviation, and was also a cheerleader in college. Prior to appearing on The Bachelor, Recchia worked as a flight instructor while working on her hours to eventually become a pilot.

In September 2021, Recchia was revealed to be a contestant on season 26 of The Bachelor, starring medical sales representative Clayton Echard. She was the co runner-up with fellow finalist Gabby Windey. 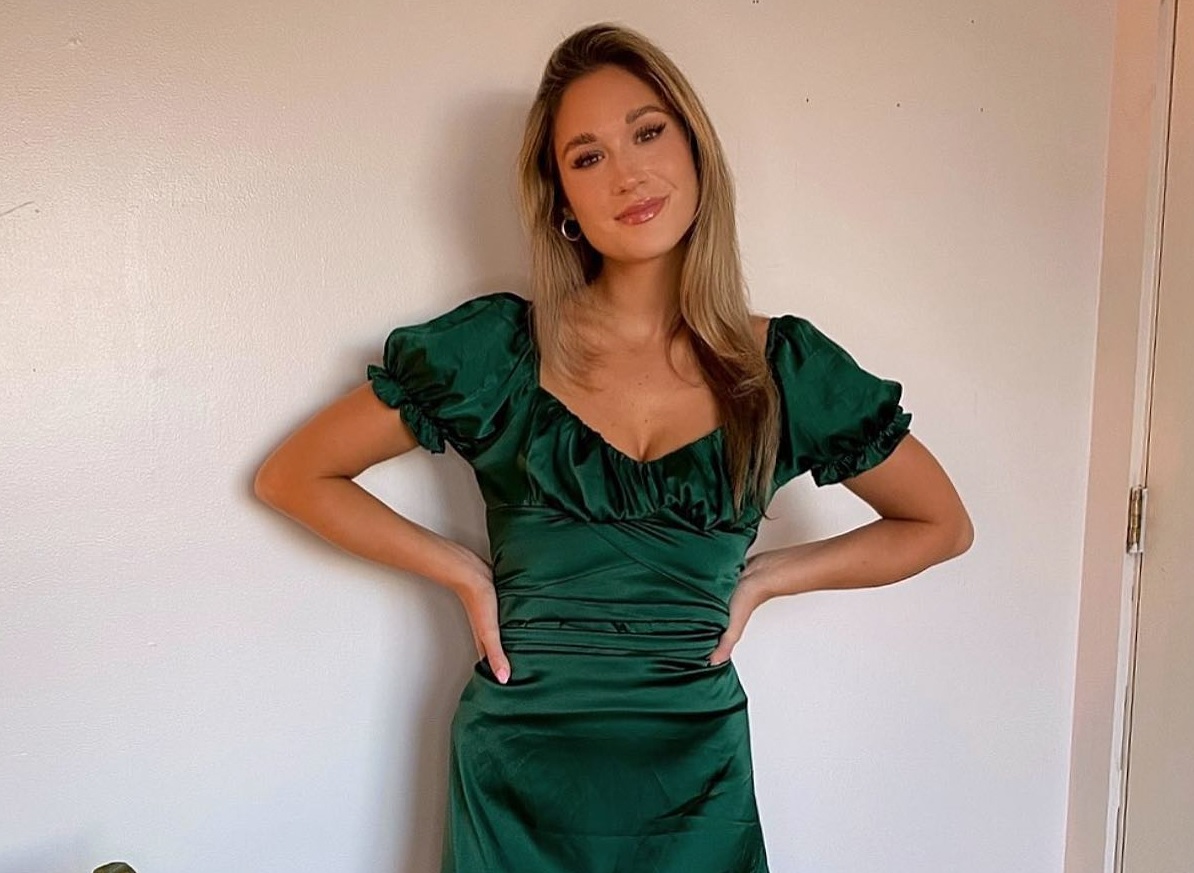 Recchia was born on March 8, 1996, making her 26-years-old. Her birthdate makes her a Pisces. Recchie is only 5-feet, 2-inches tall, she was once a cheerleader. She attended Ohio University where she joined the cheer team. It sounds like Recchia would have been the perfect height to be a flyer! She’s traveled to Venice, Switzerland, and Ontario.

She took a trip to Italy where she saw the beauty of Venice, Modena, and Bari, and enjoyed the birds-eye view of the Swiss Alps on another adventure. She also flew to Niagara Falls in Ontario.

During the live After the Final Rose special of Echard’s season, Recchia was announced as The Bachelorette alongside Windey. This marks the first time that there will be two leads for an entire season.

Rachel is proud of her profession, and her Instagram name is even “@pilot.rachel.” On her social media page, Rachel often posts photos of herself in the sky from the front seat of a plane. She often flies with her close friend, Nate Bulle, who appears in a lot of her photos.

Rachel is one star of the franchise’s first-ever season with two permanent bachelorettes. “For the first time ever, we will have two ‘Bachelorettes’ for the entire season,” Jesse Palmer, The Bachelorette host, said during the last season’s After the Final Rose special.

In comparison to Gabby who’s 31 years old, Rachel is on the younger side. But that doesn’t stop Rachel from keeping up with the competition and, more importantly, forming a very special bond with Gabby.

The current salary for Bachelors and Bachelorettes is $100,000, according to Reality Steve. Though Gabby’s Bachelorette salary hasn’t been confirmed, it’s believed that she’s also paid the $100,000 rate, which would include around two to three months of filming as the Bachelorette, as well as press as the season airs. It’s also unclear if Gabby and Rachel will split the $100,000 rate or if they’ll receive separate salaries.

They have already made comments assuring fans that their friendship comes before any man: “I think going in, knowing a little bit about it from Clayton’s season and stuff, I feel like we both had the attitude to put each other first. We know each other the best, our relationship above all is the most important,” Gabby told People.

She also added that “a man that’s worth it isn’t going to have us fight over him, nor would we ever compromise our relationship for it.”

Rachel agreed, attributing their clear and honest communication to their smooth sailing.

“I’m excited to do this journey with you. We did it once together and we’ve been through the most crazy experience together,” Rachel said during The Bachelor finale in January about Gabby. 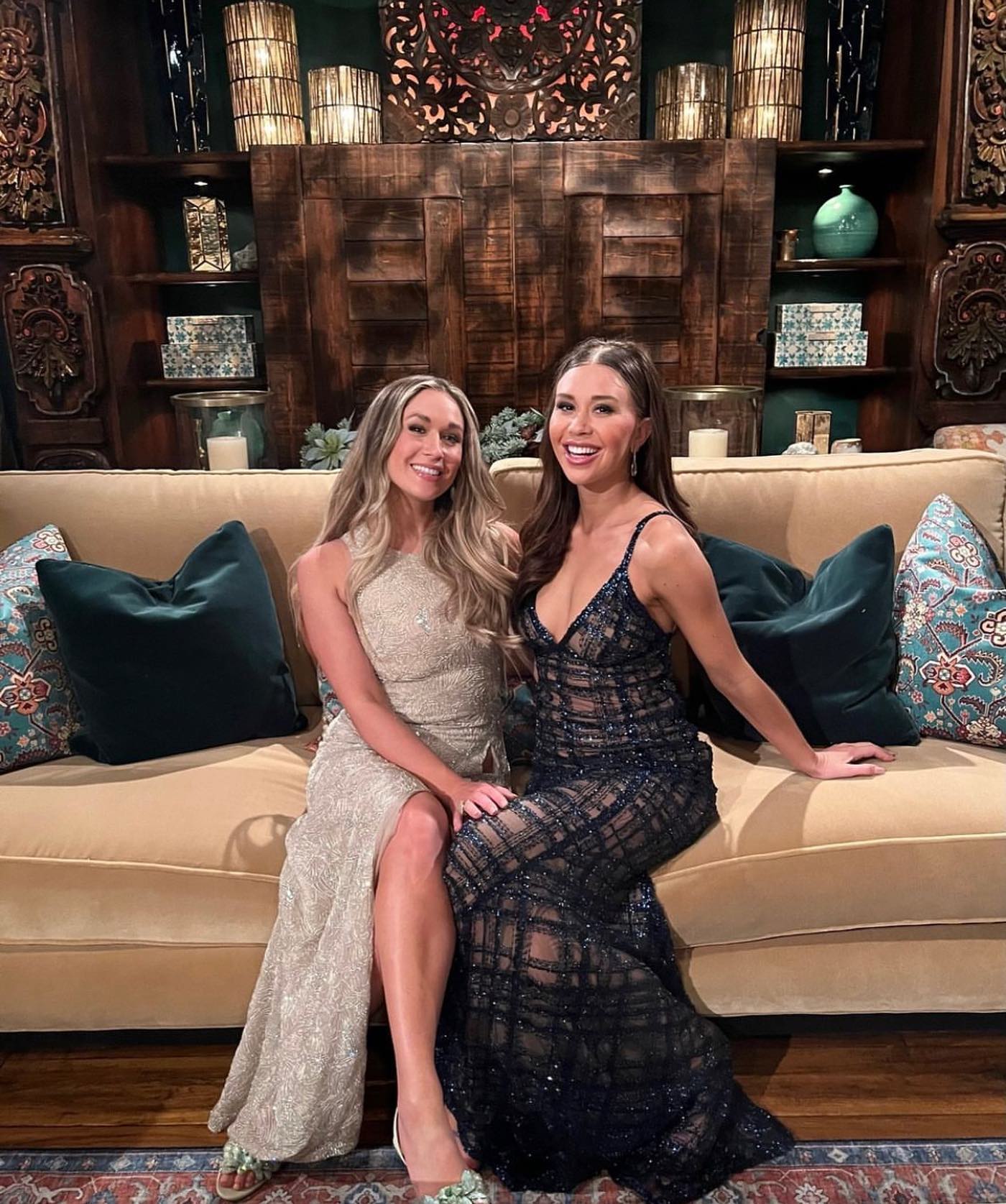 Gabby echoed Rachel’s sentiments: “I’m a girl’s girl through and through so having a friend by my side, there’s nothing I could ask more.”

Rachel Recchia what she wants in a soulmate:

Rachel is a fearless frequent flyer looking for a man who will travel the world with her. After recently earning her private pilot license, the future is nothing but sunny skies ahead for Rachel and now she is hoping to find a co-pilot that matches her sense of adventure.

As a hopeless romantic, Rachel is looking for someone who is as playful, passionate and spontaneous as she is. He should be nurturing, empathetic and MUST be respectful in all facets of life – to her, to family, and especially to waiters. In the end, Rachel wants to find crazy, insane love that makes sense to no one else but her and her soul mate.

vijesh - 0
Kalley Heiligenthal is a worship leader and songwriter at Bethel Church and with Bethel Music. She also serves as 2nd Year Worship Pastor for...