Radhika Apte born on 7th September 1985, is an Indian film and stage actress, who made her feature film debut in Vaah! Life Ho Toh Aisi, co-starring Shahid Kapoor and Amrita Rao. Apart from starring in Bollywood movies like Badlapur and Phobia, Apte has also appeared in a number of Bengali, Marathi, Telugu, Tamil and Malayalam films. Radhika Apte began her acting career in theatre, working with the theatre troupe Aasakta in her home town, before venturing into films.

She made her feature film debut with a brief role in the Hindi fantasy Vaah! Life Ho Toh Aisi! (2005). Apte’s first starring role was in the 2009 Bengali social drama Antaheen. She made her Marathi film debut in 2009 with the tragic romance Samaantar. Her Bollywood breakthrough came in 2015, following acclaimed performances in the thriller Badlapur and the comedy HunterrrManjhi The Mountain Man—and received wide appreciation for the psychological thriller Phobia (2016). She later went on to star in commercially successful films, including the Marathi film Lai Bhaari (2014) and the Tamil film Kabali (2016).

Apart from acting in movies and theater, Radhika Apte has also acted for OOT platforms like Netflix where she is a part of the original series like Sacred Games (2018), Ghoul (2018), Lust Stories (2018). Radhika Apte’s immense dedication and acting performances in the movies, theater and web series make her among the top and best Bollywood actress in recent times. 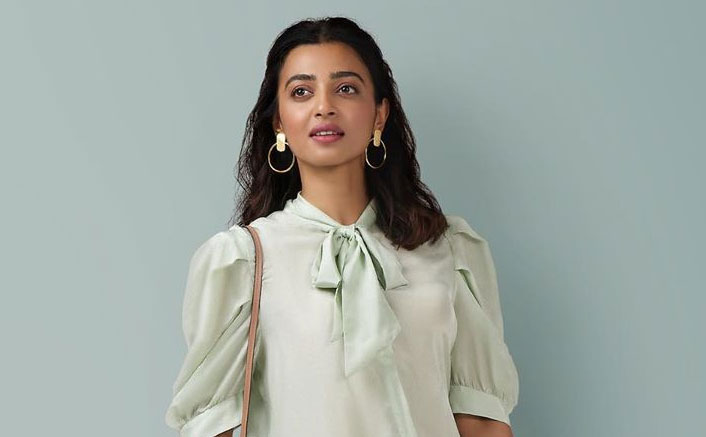 Radhika Apte was born in Pune, Maharashtra to Pune`s leading neurologist Dr. Charudutt Apte. She graduated in Economics and Mathematics from Fergusson College, Pune. Apte is also a trained kathak dancer and after completing her studies, she moved to London to study contemporary dance at London`s Trinity Laban Conservatoire of Music and Dance.

Radhika Apte is a perfect example of beauty with brains. Apte is an Economics and Mathematics graduate from Fergusson College, Pune. Apte during her growing up days in Pune, she learned Kathak from the exponent Rohini Bhate for eight years. During this time Radhika Apte involved in theatre avidly and later on decided to go to Mumbai to try luck on the silver screen.

While Studying in London, Apte met the British avant-garde composer and violist, Benedict Taylor. The two fell in love and tied the knot in September 2012. 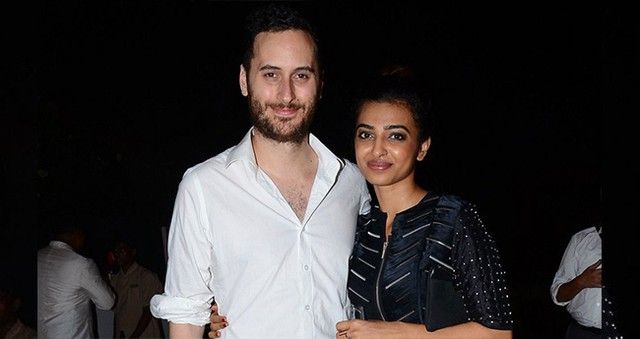 Opening up about her long-distance marriage in an interview with Cosmopolitan India, the actress was quoted saying, “Bened (he hates being addressed as Ben, so I call him Bened) and I try to meet each other every month. Either he comes to India or I go to London, where he’s based. It’s really important to take time out to meet each other in an LDR (Long Distance Relationship). In our case, we’re committed to being together for a few days every month – sometimes we even cancel other plans to make that happen“.

In an interview, when asked when she got married, Radhika said, “Well, when I realised that it is easier to get a visa when you are married. I think there should be no boundaries. I am not a big marriage person, I don’t believe in the institution. I got married because a visa was really a problem and we wanted to live together. I think that’s not fair.”

Apte started her acting career with theater and has been a part of several Marathi plays. She has been long associated with Mohit Takalkar theater group Aasakta Kalamanch and has performed in plays like Tu, Purnaviram, Matra Ratra and Samuel Beckett`s That Time with Rehan Engineer. She prefers doing experimental theater and considers performing on stage her true calling.

Radhika Apte first appeared on screen in Vaah! Life Ho Toh Aisi in 2005. Directed by Mahesh Manjrekar, the film also starred Shahid Kapoor and Amrita Rao. She then entered Bengali cinema and played the role of a journalist in Aniruddha Roy Chowdhary`s film Antaheen, along with Aparna Sen, Sharmila Tagore, and Rahul Bose. Later, she starred in movies like The Endless Wait, The Waiting Room, and Rakta Charitra. In 2011, Apte appeared in Ekta Kapoor`s I AM and Shor In The City. Both were anthologies and were critically well received. Apart from doing feature films, Apte has also appeared in famous short movies like Darmiyan, Vakratunda Swaha, That Day After Everyday, and Ahalya, which was a Bengali short film directed by Sujoy Ghosh. 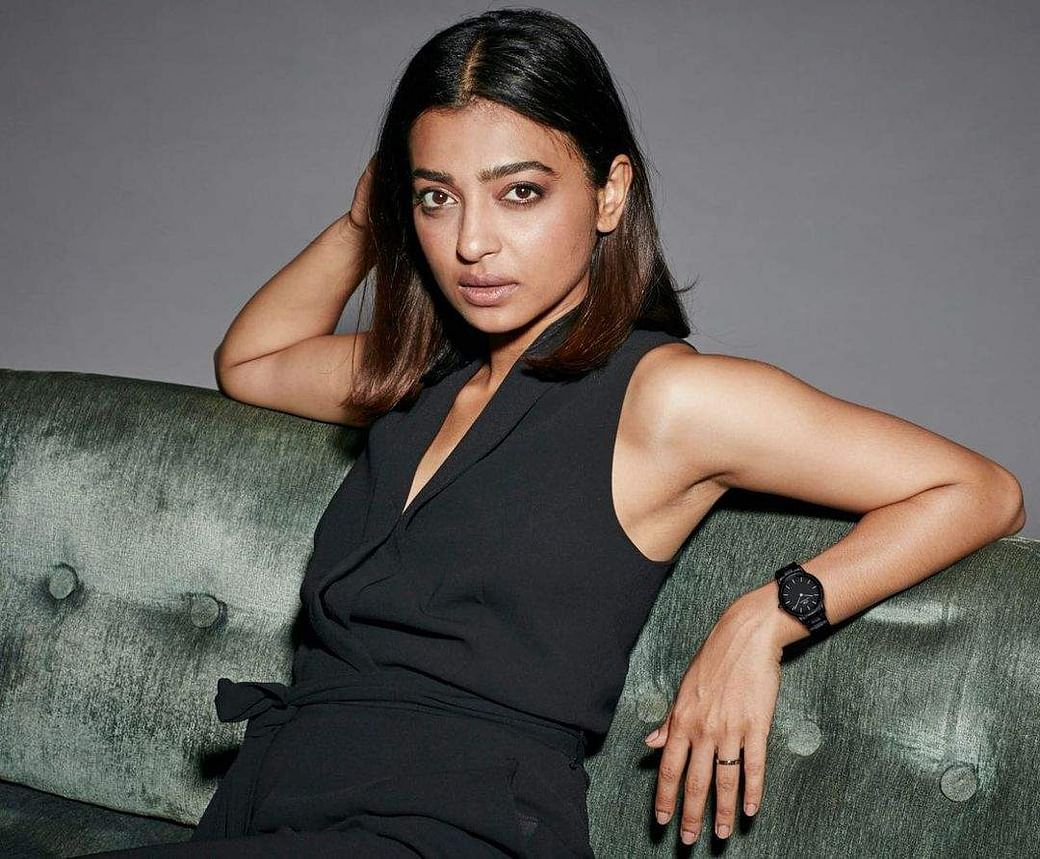 Known for her impeccable performances and unconventional roles, in 2015, Apte starred in movies like Badlapur, Hunterrr, Manjhi: The Mountain Man, Kaun Kitne Paani Mai, and X: Past is Present. All movies were critical hits, and strengthened Radhika Apte`s foothold in the cinematic world of Bollywood.

Her first release in 2016 was Phobia, a psychological thriller in which she essayed the role of Mehak, an artist suffering from agoraphobia. Her performance in the movie received several accolades from the audience and critics alike. This was followed by the gangster drama Kabali (2016), where Apte was paired opposite South Indian superstar Rajinikanth.

In 2018, the actress starred in the biographical drama Pad Man, which featured Akshay Kumar in the titular role. The anthology film Lust Stories (2018) was the actress` next venture, where she essayed the role of a college professor who has an affair with her student in the segment directed by Anurag Kashyap. The movie opened to near-universal critical acclaim, both for its refreshing theme and great performances by an ensemble cast. In the same year, Apte appeared in the black comedy thriller Andhadhun (2018), which saw her starring alongside Ayushmann Khurrana and Tabu. The British thriller film The Wedding Guest (2018) and the Bollywood crime film Baazaar (2018) are among the actress` other notable movie credits in recent times. Her other movie releases include Bombairiya (2019), Chithiram Pesuthadi 2 (2019), Raat Akeli Hai (2020) and The Wedding Guest (2020).

Her Net worth/income is 87 crore. She charged 3-4 crore for the movies. She not only earns money from movies, web series, but she also did brand endorsements through which she made a good amount of income.