Home News Rakesh Jhunjhunwala is No More, Dies At 62 with Cardiac Arrest

Rakesh Jhunjhunwala Dies: The veteran trader-cum-investor, known as the Big Bull of Dalal Street, was reported to have a net worth of around $5.8 billion, according to Forbes. Ace stock market investor Rakesh Jhunjhunwala died this morning at a Mumbai hospital. He was also the co-founder of Akasa Air, India’s newest airline which began commercial operations last week.

Rakesh Jhunjhunwala was rushed to the Breach Candy Hospital in Mumbai at around 6.45 am after he suffered a cardiac arrest. He was declared dead on arrival by the hospital authorities. He was 62.

Jhunjhunwala was discharged from the same hospital a few weeks ago after being treated for kidney-related issues. He will be cremated this evening at Banganga crematorium in Mumbai. 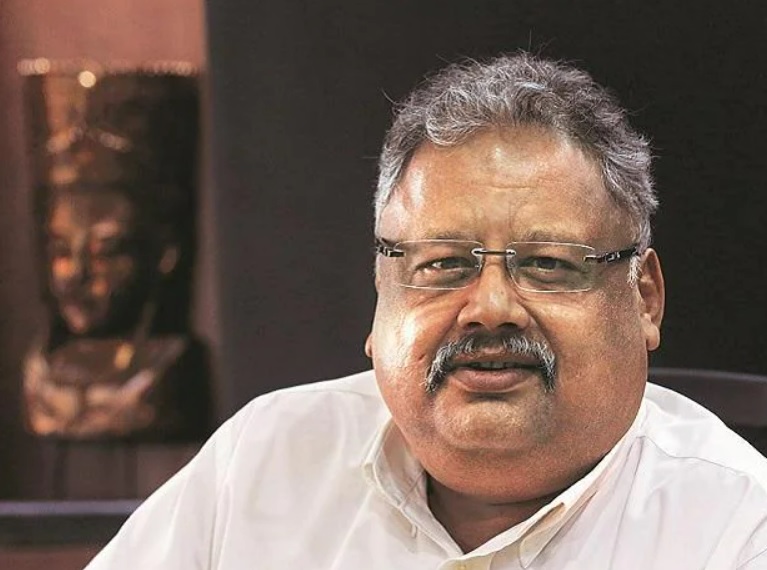 The veteran trader-cum-investor, known as the Big Bull of Dalal Street, was reported to have a net worth of around $5.8 billion. He was the 36th richest billionaire in India, according to Forbes’ 2021 listing.

He had recently teamed up with ex-Jet Airways CEO Vinay Dube and former IndiGo head Aditya Ghosh to launch Akasa Air – which took to the skies last week. He was seen on a wheelchair at the launch of Akasa Air.

In a statement, Akasa Air condoled Rakesh Jhunjhunwala’s death and said that he cared greatly for the well-being of its employees and customers. “Akasa Air will honour his legacy, values and belief in us by striving to run a great airline,” the statement said.
Rakesh Jhunjhunwala, often dubbed as “India’s Warren Buffett”, was always bullish about the country’s stock market.

Overall, Jhunjhuwala had investments in more than three dozen companies. Titan, Star Health, Tata Motors and Metro Brands were some of his largest holdings. He was also the chairman of Hungama Media and Aptech.

His privately-owned stock trading firm Rare Enterprises derived its name from the first two letters of his name and that of his wife Rekha, who is also an investor.

Rakesh Jhunjhunwala was born on July 5, 1960. His father worked as an Income Tax officer in Mumbai. A chartered accountant by qualification, Jhunjhunwala began investing with ₹ 5,000 in 1985 when the Bombay Stock Exchange’s benchmark index Sensex was at 150; it now trades at over 59,000.

Prime Minister Narendra Modi condoled his death and said the legendary investor “leaves behind an indelible contribution to the financial world.” Union Minister for Civil Aviation Jyotiraditya Scindia said he will be remembered for giving India its new airline Akasa Air after more than a decade.

What will happen to Rakesh Jhunjhunwala backed Akasa Air now?

Although wheelchair-bound, Jhunjhunwala in his inimitable style had quipped that even before launching the airline had forced competitors to take notice of the product. In a short address at the event, he told the Akasa management and staff that as the low-cost carrier expanded operation, they need to be frugal without compromising on either passenger comfort or the quality of the product.

Following his sudden demise on Sunday morning, Jhunjhunwala’s words would be resonating in the minds of Akasa CEO Vinay Dube and others on his team. For it is not every day that marquee investors like to risk their money on a low yield high investment business like aviation. Jhunjhunawala had invested $35 million in the LCC for an over 40 per cent stake. It was not only one of his last major investments but something very close to his heart. Passengers on the carrier’s first flight remember how a usually restrained Jhunjhunwala freely mixed with them for conversations and selfies.

vijesh - April 15, 2022 0
Emma Watson is an English actor and activist. Emma Watson is most well-known for portraying Hermione Granger on The Harry Potter film series, that debuted...