Rebecca Donaldson is a UK-based 27-year-old model who originally came from Scotland. She entered her first beauty pageant at the young age of 17 and has been making waves in the modelling industry ever since. Rebecca seems to know what she’s doing when it comes to standing out against the competition since she is currently signed with a modeling agency called M±P Models. She’s posed for photoshoots in places like Paris, Amsterdam, Glasgow, and London. Rebecca Donaldson and Scott Disick have already made their red carpet debut as a couple just days after stepping out together for the first time at official premiere of Hulu’s The Kardashians on April 7, 2022.

While Disick and Donaldson have yet to further address their budding romance, he previously dated Amelia Gray Hamlin for nearly one year before their split in September 2021. It’s no secret that Scott Disick has a pattern of dating gorgeous models who are a lot younger than him. The latest beauty he’s been spotted spending time with is named Rebecca Donaldson. The new couple held hands and posed for endless photos together at the high-profile event, but this isn’t the first time Scott and Rebecca have been seen on dates in the Los Angeles area either.

Disick who dated Kourtney for several years eventually called it off in 2015. The two share three kids, Mason, Penelope and Reign together. Following his breakup with Kourtney, Scott is known to have dated Sofia Richie with whom the Talentless founder parted ways in 2020. He later dated model Amelia Hamlin for a while but the duo parted ways last year. In the meantime, Kourtney found love with Travis Barker and announced her engagement with the drummer in October last year. 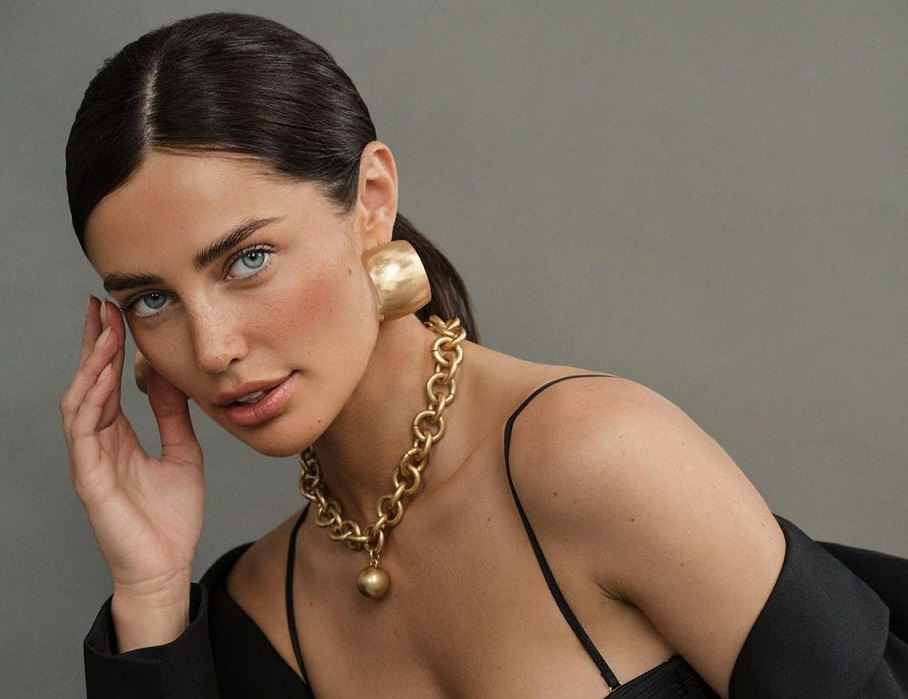 Back in 2010, she told The Daily Record, “My mom entered me, and I was really surprised when I found out … I’m really looking forward to entering the Top Model UK competition.”In the midst of the COVID-19 pandemic, Rebecca felt inspired to launch a line of activewear clothing. She’s the founder of Muse, a brand people can look into if they’re interested in athletic apparel and gear.

In 2021, Rebecca told Vestd, “I knew I wanted to create something that not only I would wear and be proud of putting my name against, but also something that was missing from the market — affordable, good quality products.” Rebecca is quite popular on Instagram, with over 42,300 followers who are inspired by her beauty and style. 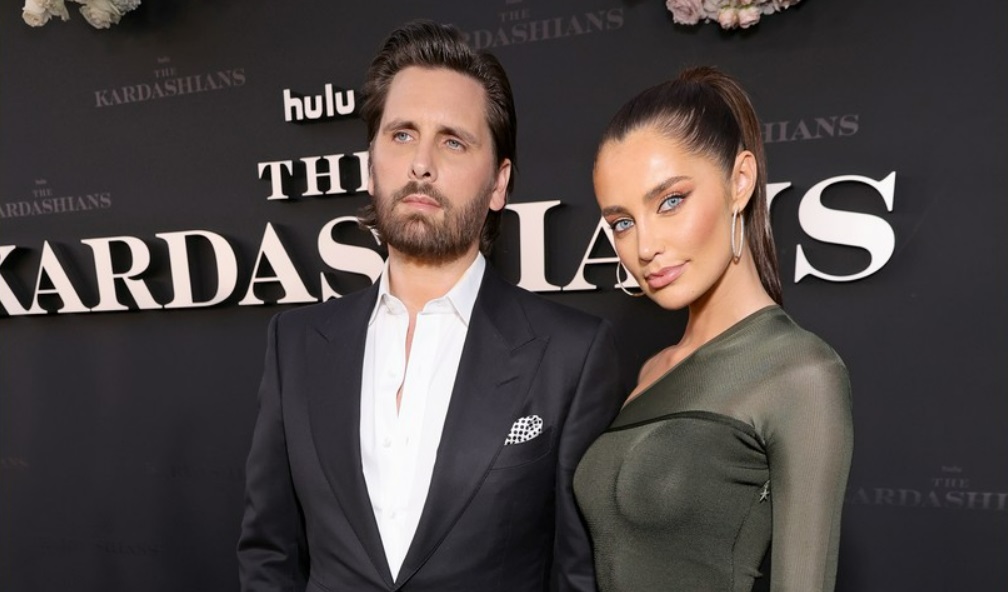 Rebecca might’ve attended the premiere of The Kardashians on Scott’s arm, but there’s no indication that she’s part of the show’s first season. The relationship is still fairly new, and according to BuzzFeed News, filming for The Kardashians took place starting back in September 2021, which is before Scott and Rebecca started dating.

Rebecca wasn’t the only of Scott’s recent flames to attend the Los Angeles party. His other recent companions Too Hot to Handle star Holly Scarfone and Hana Cross, who had also dated Brooklyn Beckham in the past, were also at the club on the same evening.

According to an Instagram attributed to her, Rebecca is a model managed by M+P Models. She is listed at a height of 5’7″, with eyes of blue and hair of dark brown. Judging by her portfolio and the few photos she’s posted to Instagram, she has modeled everything from evening wear to intimates. She is also based out of Europe, with many of her pictures being tagged in London, Glasgow, Amsterdam, and Paris.

In the Instagram bio attributed to Rebecca, she links to Muse Activewear, a line of “Athleisurewear for the ambitious, inspired female.” In a May 2021 interview, Rebecca discussed how this brand came about. “I launched MUSE activewear in October 2020 during the UK lockdown,” she told Grace Henley. “MUSE is targeted at ambitious, inspired women. We offer a diverse collection of comfortable, supportive gym wear that can also be transitioned to be worn in everyday life. The brand is based on the minimalism trend ‘woke luxe’ including restrained forms with neutral, trans-seasonal colour palettes.”

Something In Common With Lori Loughlin:

Perhaps Rebecca’s association with Scott Disick might help her regarding Google rankings. Right now, she’s not the first result that comes up when you search “Rebecca Donaldson.” That honor belongs to the Full House fandom wiki because Lori Loughlin’s character on Full House/Fuller House was named “Rebecca Donaldson.” She later became Rebecca Katsopolis after marrying Uncle Jesse Katsopolis.

Rebecca’s Instagram account has over 40.5K followers. She signed a contract with MP MODELS as a model. She also cooperated with a number of well-known brands, including Luella Gray, Garrard, and others.

Scott Disick and Rebecca Donaldson appeared to make their new relationship official during the premiere of The Kardashians. At the red carpet event, the two were seen holding hands and posing together. During the news of his ex-wife Kourtney Kardashian’s Vegas wedding to Travis Barker, Disick was seen hanging out with the model a few days ago.

The Kardashian-Jenner family is gearing up for their new programme, which will air on April 14, after closing off 20 seasons of Keeping Up With the Kardashians. A star-studded premiere celebration for the upcoming performance was staged ahead of time, with the family members attending in style. Scott will also appear in The Kardashians after previously appearing in KUWTK, which focused on his on-again, off-again relationship with Kourtney. 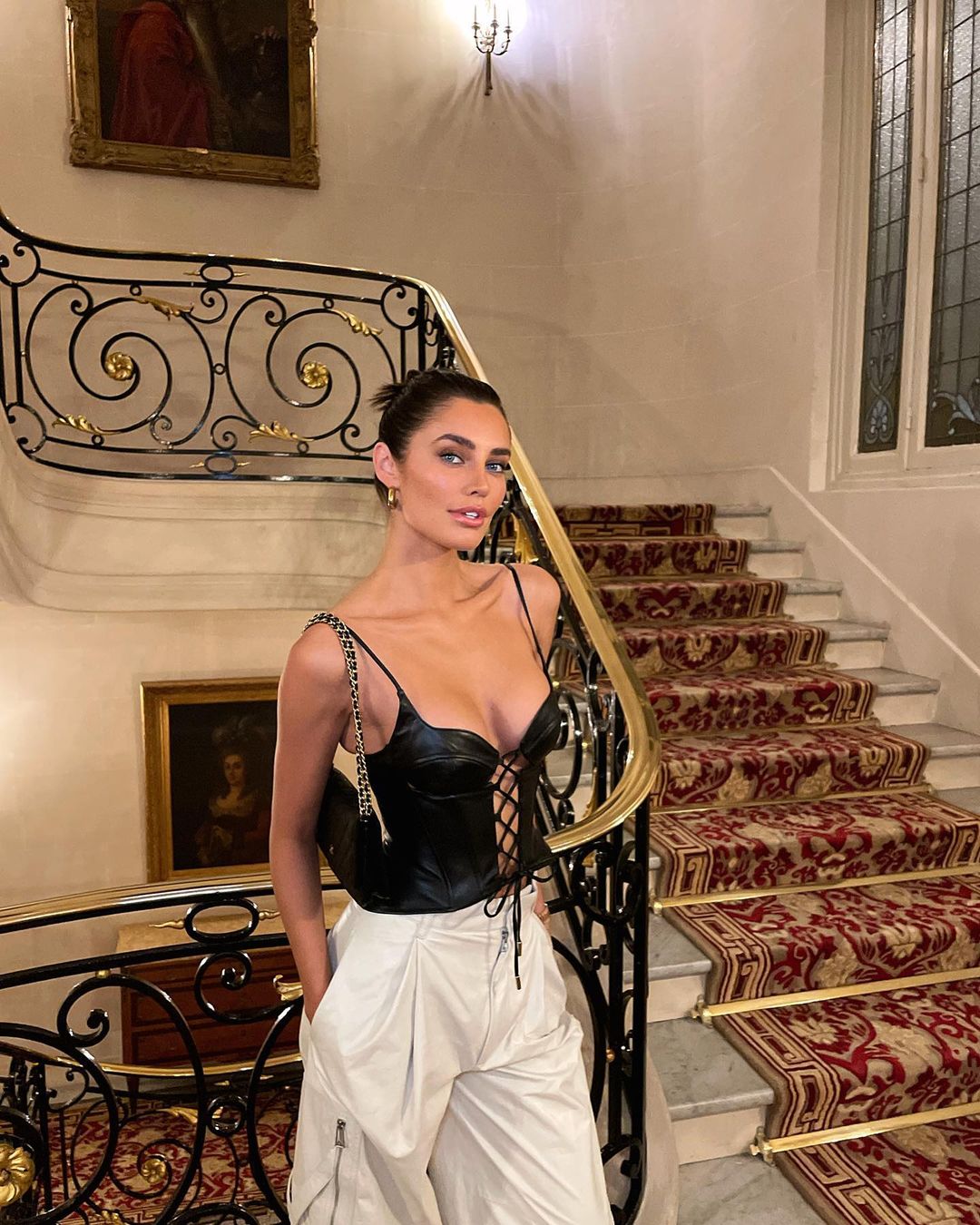 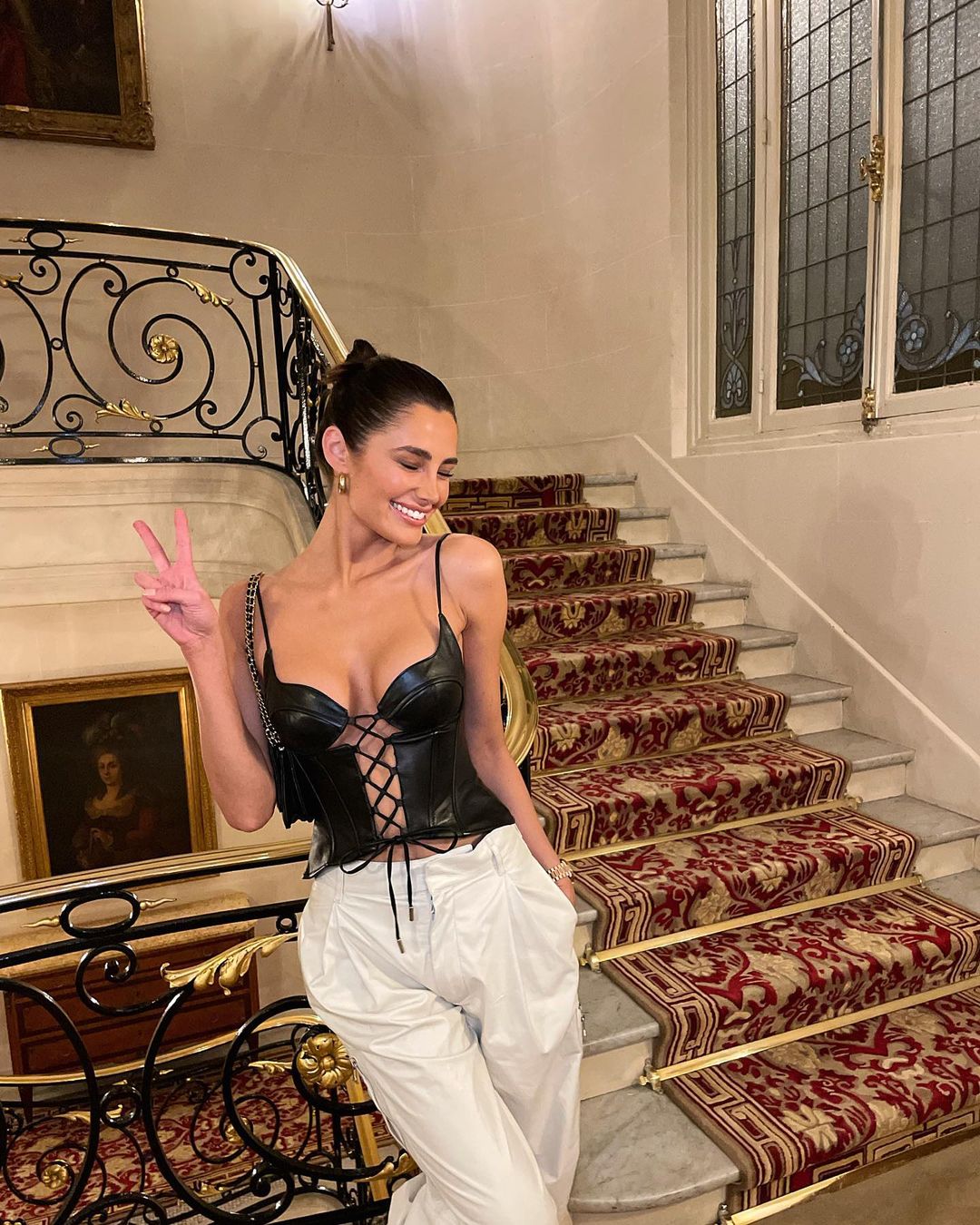 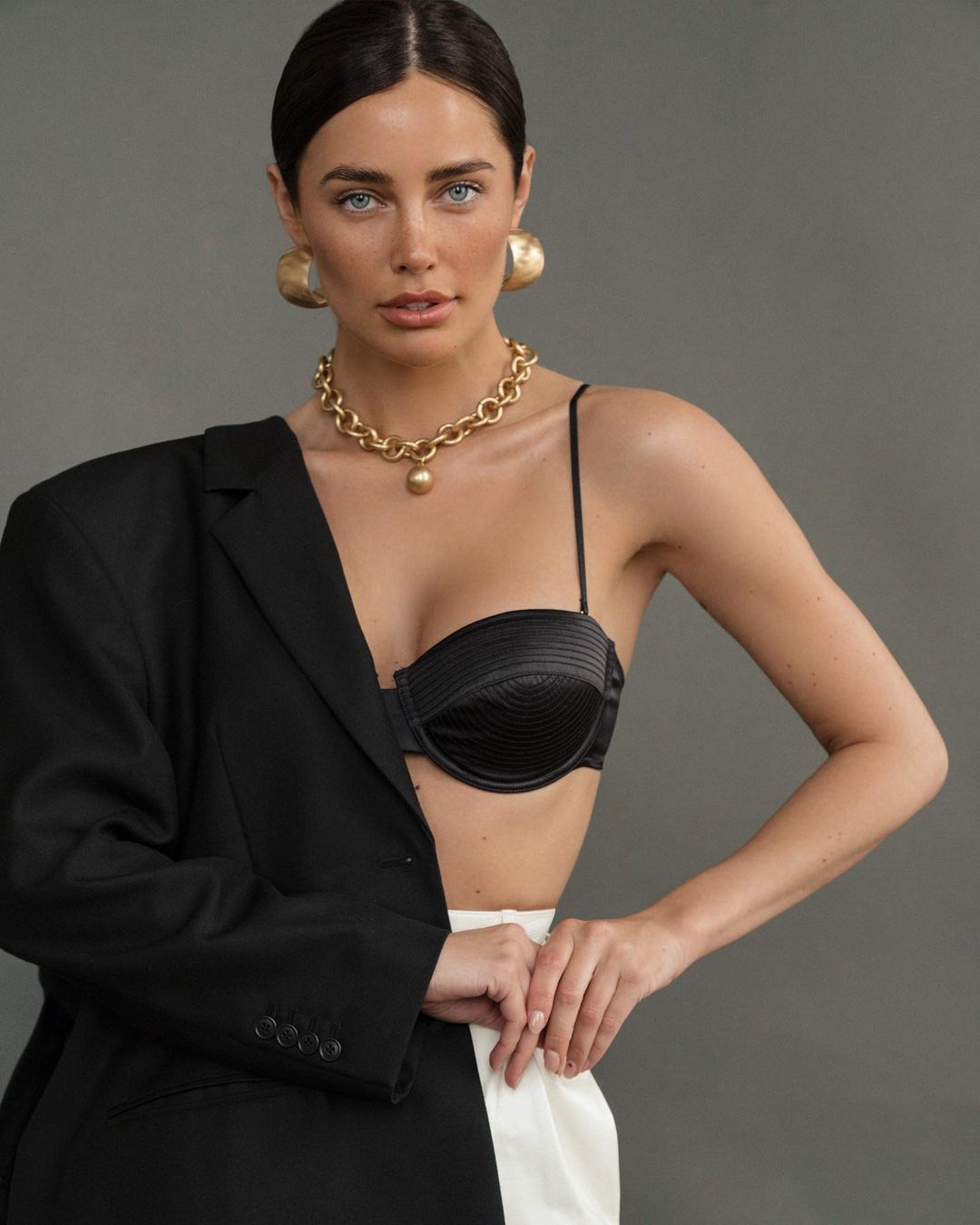 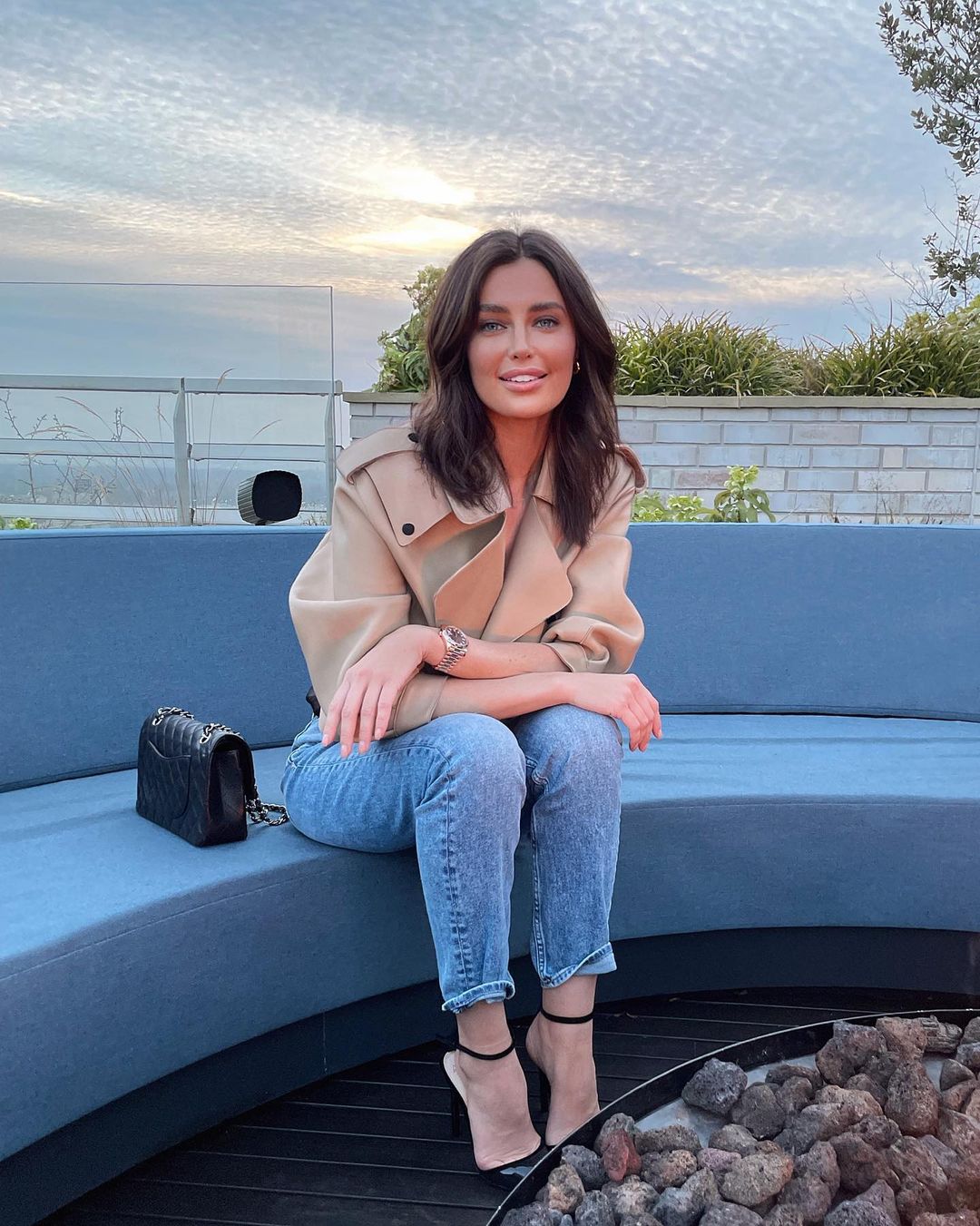 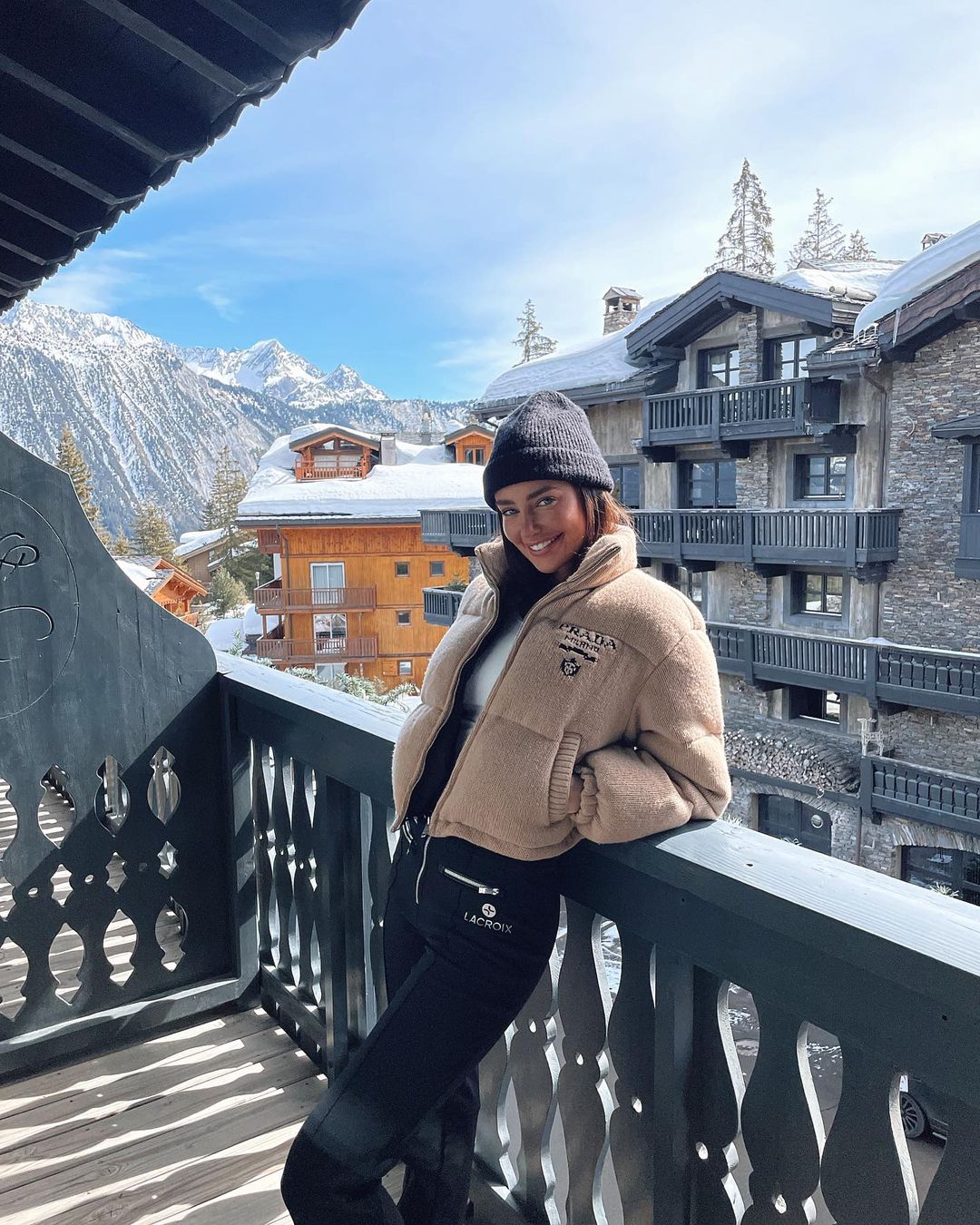