Samantha Ruth Prabhu formerly known as Samantha Akkineni is a popular South Indian actress and is majorly known for working in Telugu and Tamil films. She was born on 28th April 1987 in Tamil Nadu to a Telugu father and a Malayalam mother. She was brought up in Chennai and is the youngest child in the family, while she has two elder brothers. She is a huge supporter of indigenous talent and homegrown fashion. She is also Telangana’s handloom ambassador and promotes the region’s weaving industry.

Samantha did her schooling at the Holy Angels Anglo Indian Higher Secondary School and later completed her graduation in commerce from Stella Maris College in Chennai. It was during her college days when she started pursuing her modeling career. Then, she went into acting and made her debut with the Telugu film Yeh Maaya Chesave in 2010, and in the same year, the film was made in Tamil. She got her first Filmfare Award for Best Debut Actress for the film followed by the Nandi Award.

Next, she was seen in another Tamil movie Baana Kaathadi followed by Moscowin Kavery. Finally, in 2012, she got her first big-budget Telugu film, Dookudu opposite actor Mahesh Babu. It was a big hit and became one of the successful films of all time. Samantha also received immense appreciation for her role and also several offers from the industry. Some of her notable works include Neethane En Ponvasantham, Yeto Vellipoyindi Manasu, followed by her Telugu movies.

Samantha has also featured in several comedy films which included A Aa, Janatha Garage, Rangasthalam, Mahanati, Seema Raja, Super Deluxe, Oh Baby, and many more. She has been featured opposite several big South actors. Other than her acting career, Samantha has also worked on television and was seen in the Telugu language television series Bigg Boss 4 followed by the talk show, Sam Jam. She was also seen on digital platforms in the second season of the hit web series, The Family Man. 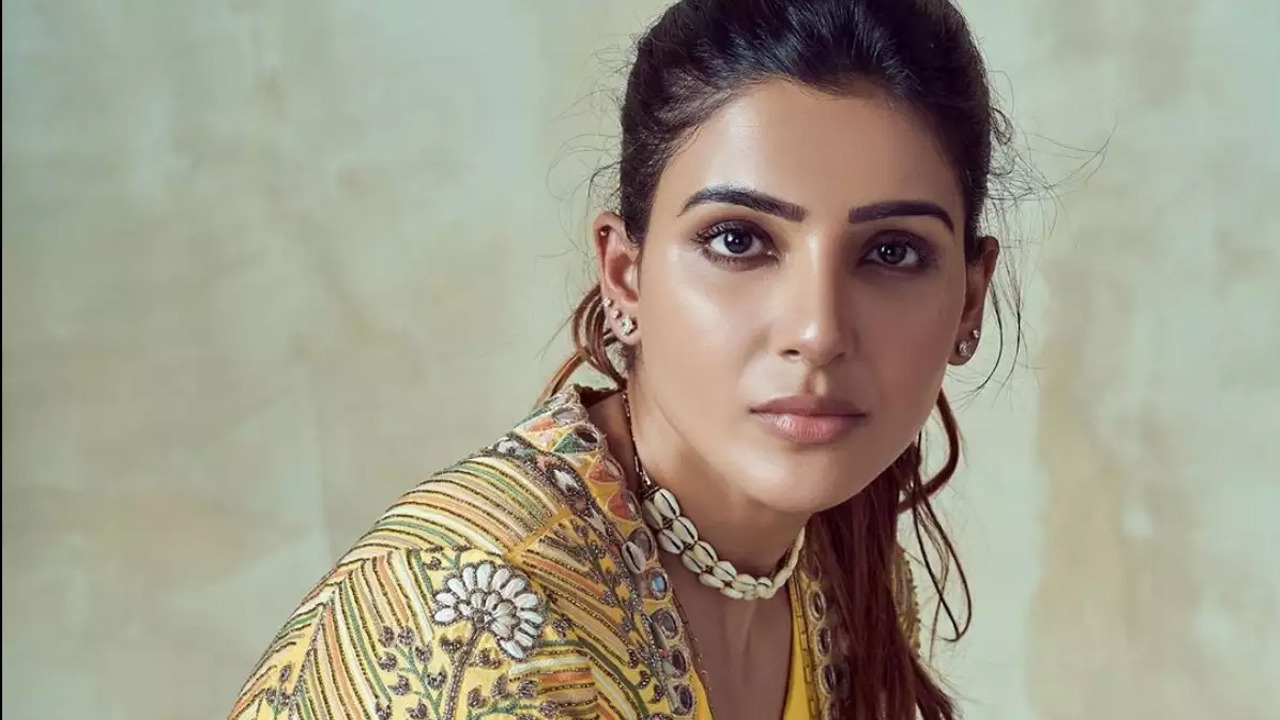 Talking about her personal life, Samantha suffered from a major health issue in 2012 after which she took a long break from her acting career. After undergoing treatment for a long while, she finally made her comeback in acting. She started dating actor Naga Chaitanya in 2010 and got engaged to him after 7 long years of dating in 2017. Later in the same year, they got married in October and finally became a member of the Akkineni family.

Samantha then became the second actress ever to win both the Filmfare Award for Best Tamil Actress and the Filmfare Award for Best Telugu Actress in the same year, for her performances in the films Neethaane En Ponvasantham (2012) and Eega (2012). Samantha is a prominent celebrity endorser for brands and products, while she also started her own NGO, Pratyusha Support, to provide medical support for women and children in 2012.

She donates her earnings from endorsements, product launches and inauguration events to support the foundation. Her first release happened to be the critically acclaimed 2010 Telugu romance film Ye Maaya Chesave (2010) directed by Gautham Menon. She also runs an NGO, Pratyusha Support, to provide medical support for women and children in 2012 as well as a progressive early learning school called Ekam, Early Learning Center. 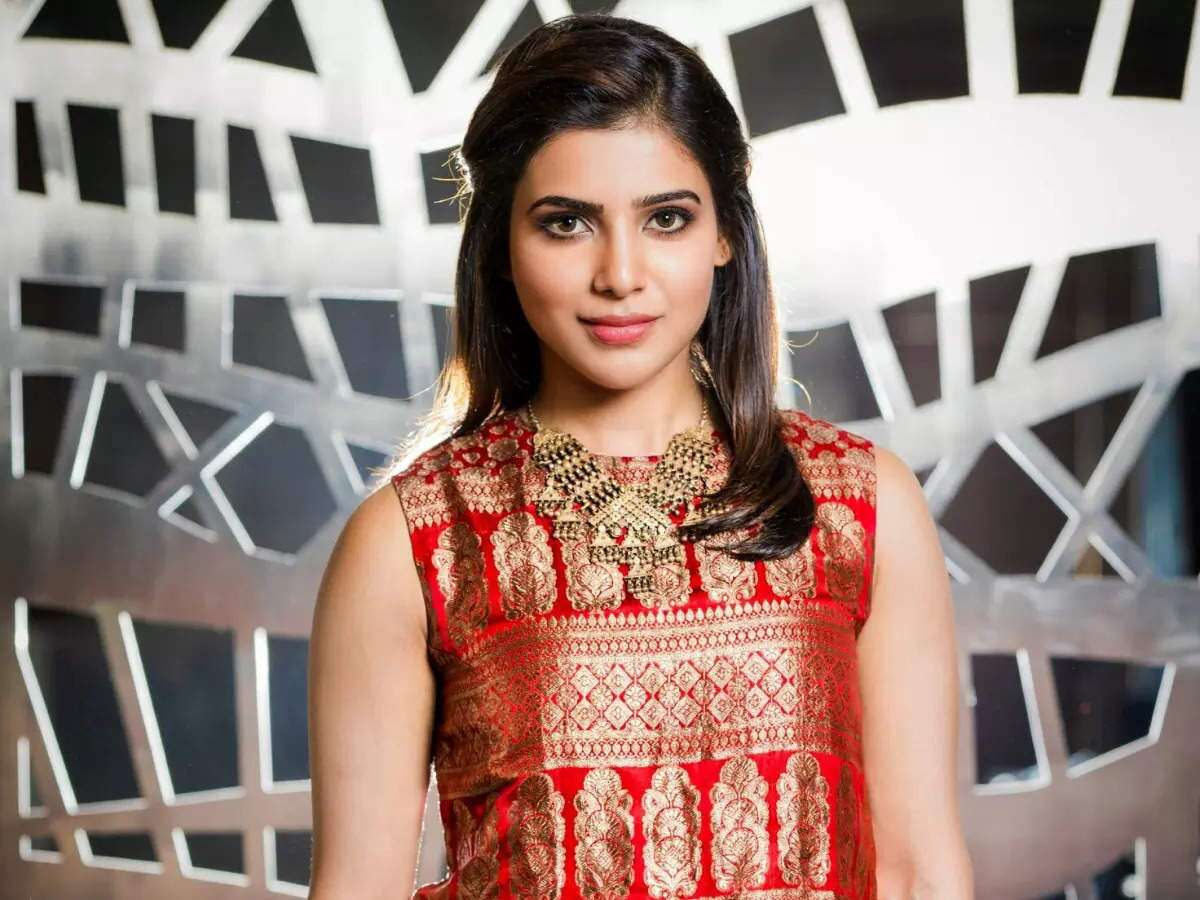 She belongs to a middle-class Christian family. She was born to a Malayali mother and Telugu father. Her father Joseph Prabhu and her mother Ninette, homemaker. She has two elder brothers. As she is very fluent in Tamil, having different backgrounds, she sees herself as Tamilian.

Samantha Ruth Prabhu and the actor Siddharth began dating in 2012, while shooting for the movie Jabardasth. The couple separated in early 2015, without citing any reason for the same. The same year, the buzz had it that Samantha and Naga Chaitanya Akkineni had started dating. However, the couple only confirmed to the relationship in 2016 and announced that they would get married, probably, in 2017. All their fans were taken by surprise when the duo got engaged in a small ceremony in 2017, in the presence of immediate family members and few friends.

In 2010, Samantha Ruth Prabhu made her debut in a lead role with Gautham Menon`s Telugu movie Ye Maaya Chesave, which was remade in Tamil and titled Vinnaithaandi Varuvaayaa. The debutant actress played received widespread plaudits for her work. She then went on to act in the Tamil films Baana Kaathadi and Moscowin Kavery and the Telugu film Brindaavanam. The actress` next release was the blockbuster Telugu film Dookudu, in 2011, opposite Mahesh Babu. The film went on to be one of the most successful Telugu films in history, after which Samantha acted in the psychological thriller Nadunisi Naaygal, and Ekk Deewana Tha, a Hindi remake of Vinnaithaandi Varuvaayaa. However, she had to take a short sabbatical from the industry after she was diagnosed with a skin disease in 2012.

Samantha returned to the silver screen later that year, with a Telugu-Tamil film, titled Eega in Telugu and Naan Ee in Tamil. She then featured in Gautham Menon`s romantic drama project, titled Neethane En Ponvasantham in Tamil and Yeto Vellipoyindhi Manasu in Telugu. The prolific actress won a Filmfare Award for Best Actress for Eega and Neethane En Ponvasantham, making her the second actress after Revathi to win Filmfare awards for movies in Tamil and Telugu in the same year.

The year 2013 saw the actress appearing in several high-budget movies like the Telugu film Seethamma Vakitlo Sirimalle Chettu and the Telugu box-office mega-hit Attarintiki Daredi. The following years saw her act in movies like Autonagar Surya, and the Tamil hit Kaththi opposite Vijay. These films helped to establish Samantha as one of the South Indian film industries most prized properties. Her 2016 releases include Theri, the comedy film A Aa, and Janatha Garage, which also stars Jr. Ntr. Super hit films like Rangasthalam (2018), Mahanati (2018), and Seema Raja (2018) are among the actress` other acting credits. Her 2019 ventures include Super Deluxe and Oh Baby. Her 2020 release includes Jaanu.

Before Samantha Ruth Prabhu and Naga Chaitanya Akkineni became the famed #ChaySam, they were the Jessie and Karthik of every Telugu movie-goers’ dreams, as they lived out their debut roles of the star-crossed lovers who love and lose before they win each other in Gautam Vasudev Menon’s 2010 film Ye Maaya Chesave, with great conviction. The couple’s on-screen chemistry made many wonder if there was something cooking between them off-screen too. This feeling was only strengthened when they made eyes at each other in Autonagar Surya and Manam in 2014. The audience always felt Sam and Chay’s love story was unfolding right in front of their eyes.

Rumour mills routinely churned out stories of their fire and ice connection. Samantha and Chaitanya kept veering towards each other despite trying to stay away. They even dated others, only to come back together. Their love story seemed like something right out of a rom-com. That made it all the more romantic when he finally popped the question during a beach getaway and she said yes. A formal engagement took place in early 2017 and they got hitched in a fairytale two-day ceremony on Oct 6-7, in both Hindu and Christian rites, in Goa. Just hours after the wedding Samantha broke the internet when she changed her name to ‘Samantha Akkineni’ on her Instagram handle. 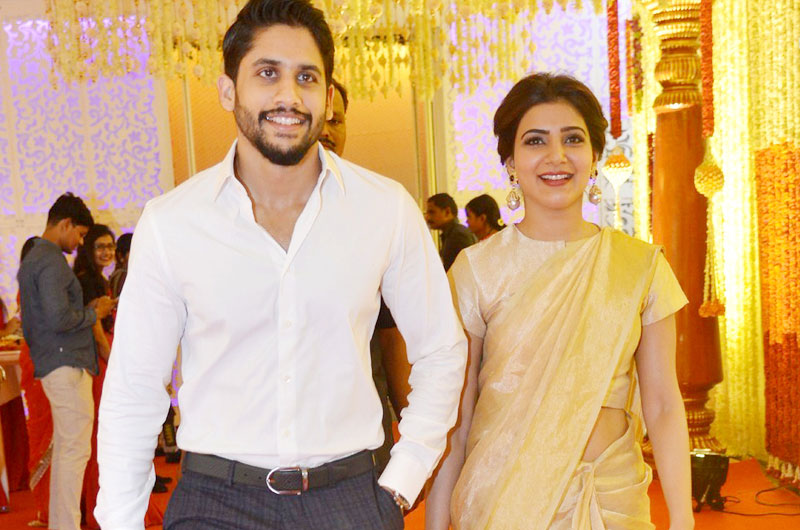 Samantha suffered from an extended period of illness in 2012, which saw her having to opt out of big film projects and take a two-month break from acting. She suffered from an immunity disorder and then had a further setback after her body did not respond well to antibiotics.

Samantha Ruth Prabhu and Naga Chaitanya announced their divorce in October 2021. Samantha and Naga Chaitanya got married in October 2017. They were together for almost four years. Announcing the news of their separation, Samantha and Chaitanya said, “After much deliberation and thought Sam and I have decided to part ways as husband and wife to pursue our own paths. We are fortunate to have a friendship of over a decade that was the very core of our relationship which we believe will always hold a special bond between us. We request our fans, well-wishers and the media to support us during this difficult time and give us the privacy we need to move on.”

Although Samantha and Naga Chaitanya had not revealed the reason behind their divorce, a BollywoodLife report claimed Chaitanya’s family were not pleased with Samantha’s decision to do pursue bold roles. A source told the portal that it was not only Naga Chaitanya, but his father Nagarjuna Akkineni and others too who were not too pleased with Samantha’s decision to continue doing bold scenes and item numbers in her films, post her marriage. The source added that Naga Chaitanya and his family were completely in shock to see Samantha’s intimate scene in The Family Man 2 and felt betrayed.

Family Man 2 controversy: While Samantha receive heavy appreciation for her performance, she was also criticised for her hurting the sentiments of Eelam Tamils. The makers of the series were also slammed for showing the Talim Eelam in a bad light. Later, the actress also apologised for the same. She wrote, “I allow people to have their own opinions. If they decided to stay with that opinion, I am very sorry for hurting anyone’s sentiments. I sincerely apologise as it was not something I intended on doing at all. I did not mean to hurt anyone. So, if I did, I am extremely sorry.”

Changing surname: A few days back, Samantha was roped in controversy when she dropped her husband’s surname and went back from Samantha Akkineni to Samantha Ruth Prabhu. Her social media handle also shows the same. This gave birth to several speculations regarding her marriage life. However, the actress refrained from commenting on the same.

Issues with Nagarjuna: Samantha is known for sharing a very close bond with her father-in-law, actor Nagarjuna. However, a few days back, reports started surfacing about Nagarjuna and family of being upset with the actress. However, later it was reported that they were annoyed over the reaction on her web series ‘Family Man 2’ before its release.

Ironically enough, she dropped Akkineni and changed her name to S on Insta sometime in July 2021, giving the first hint that the fairytale has indeed come to an end. Once again, the Internet broke.

vijesh - 0
Dananeer Mobeen, a social media influencer based in Islamabad, Pakistan. She was born on 27 December 2001. She is a Pakistani traveller and vlogger...