Saniya Rivers is an American college basketball player for the University of Connecticut Huskies(UConn) of the Big East Conference. Saniya Rivers, who stands 6-feet-tall, is often referred to as Wilmington’s female Michael Jordan. Jordan was a Laney High School graduate who went on to star at UNC and in the NBA. She represents South Carolina Gamecocks women’s basketball team with 44 number Jersey. At Ashley High School in Wilmington, North Carolina, Saniya Rivers was ranked as the third best recruit in her class by ESPN. South Carolina is one of the elite women’s basketball programs in the country. Head coach Dawn Staley led the Gamecocks to the NCAA championship in 2017, and they were ranked No. 1 this year when the season was canceled by COVID-19.

Rivers began dribbling a basketball when she was 2. By age 4 she was making shots against 7-year-olds. In fifth grade, she started playing AAU tournaments and getting noticed. She had her first college offer when she was in the eighth grade, and by her junior year at Eugene Ashley High School, more than a dozen of the country’s top colleges were vying for her, including the University of Connecticut, Notre Dame, Duke, the University of North Carolina at Chapel Hill (UNC), and NC State.

NCAA rules forbid universities from announcing commitments from juniors, who can’t sign an official letter of intent until November of their senior year. But Staley hinted about it on Twitter, and the next day Rivers herself made it official in a video that has received close to 200,000 views.

As a junior, she verbally committed to play at South Carolina in May. She’ll play her senior year at Ashley High — catching some Gamecocks games when she can — before joining the team in 2022. 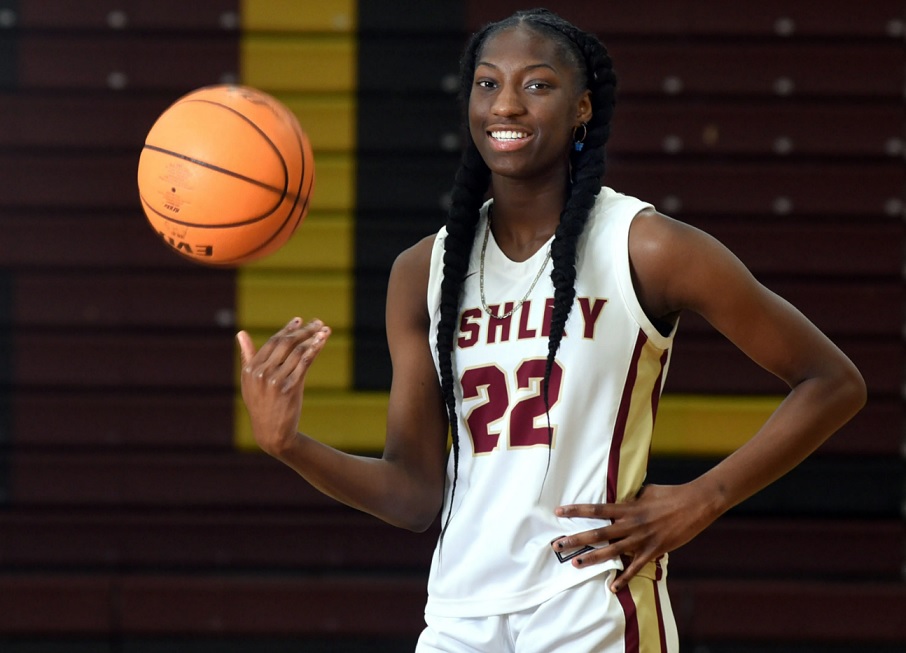 Rivers, who attended Laney High School her freshman and sophomore years, averaged 25.0 points, 11.8 rebounds, 6.4 steals and 4.3 assists per game as a junior at Ashley and was named the 2019/2020 North Carolina Gatorade Girls Basketball Player of the Year.

Rivers, the youngest of four children, is the daughter of two college basketball players. Mom, Dee Dee Toon Rivers, played for University of North Carolina Wilmington. Dad, Jimmy Donnell Rivers, played for Elon College and Hoggard High School before that. Dee Dee and Donnell Rivers are proud of their daughter, who remains grounded despite the national attention. Mom and dad are happy Saniya will be playing relatively close to home. The University of South Carolina is in Columbia, about three and a half hours from Wilmington.

Saniya tells aspiring players to focus on ball handling and agility drills and don’t ever forget why they started playing basketball in the first place.

Saniya Rivers entered her senior season as one of the most complete girls basketball players in the country.

Rivers was already a two-time Gatorade Player of the Year, and a signee for NCAA powerhouse South Carolina. It was hard to imagine how Rivers could surpass her own lofty standards during her final season with Ashley.

After a season that guaranteed her spot in the NCHSAA record books, Rivers has been named the StarNews All-Area Girls Basketball Player of the Year for a fourth-consecutive season. She exits as one of Wilmington’s greatest high school athletes.

Rivers scored 2,501 points over her four-year career at Laney and Ashley, good enough for 16th on the NCHSAA’s all-time list. She was hurt by a shortened season during winter, otherwise she could have easily climbed inside the top 10.

Rivers will also be in the record book after scoring 51 points in Ashley’s regular-season finale against Laney. It’s tied for the 12th-most points scored in a game in NCHSAA history. And it was Rivers second-straight 50-point game. 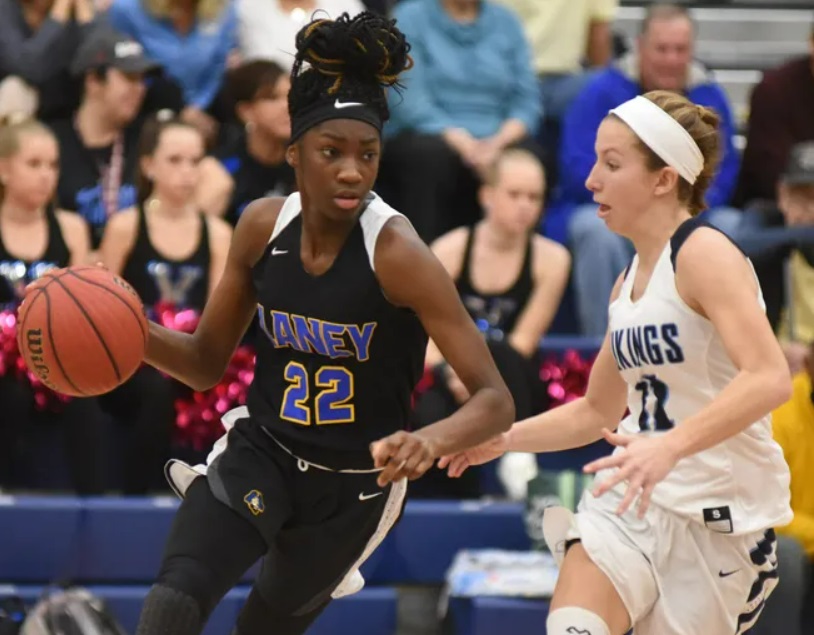 One of the biggest honors of Rivers’ career occurred in February, when she was named a McDonald’s All-American. There was no game because of the COVID-19 pandemic, but Rivers called it her “favorite high school award”.

Rivers still hopes to win the state’s Gatorade Women’s Basketball Player of the Year for a third time later this spring, but her focus is already turning to her upcoming time in Columbia, S.C. Rivers is practicing every day with a personal trainer with dreams of making a huge impact during her freshman season.

And for all of her teams’ success in high school, Rivers never quite reached the mountaintop. She’s ready to change that narrative in college basketball.