Urfi Javed is an Indian Television Actress. She was born on 15 October 1997 in Lucknow, India. She mainly works for Indian Television Industry. Urfi Javed started her singing career with Sony TV serial ‘Bade Bhaiyya Ki Dulhania’ (2016). Urfi Javed, who is in the news due to her unique and unusual outfits, has been in constant limelight since ‘Bigg Boss OTT’. Even though she is currently away from acting, she always remains in the discussion due to her clothes.

Though she was there for a very short span of time in Bigg Boss OTT, she grabbed a lot of eyeballs for her quirky nature. The actress is also known for her fashion sense. Urfi Javed belongs to a very conservative Muslim family and in a recent interview with Etimes, she shared that she ran away from her home at a very young.

She also expressed that it’s not a big deal if female students in colleges choose to wear Hijab as women should have a say in what they want to wear. But in spite of many controversies she has managed to make a name for herself due to her unique sartorial choices. Urfi, who has a strong social media presence, often courts controversy and trolling by wearing bold and out-of-the-box outfits. The actress often slams trolls on social media, saying that the harsh criticism only makes her more confident. Recently, Urfi called out the double standards meted out to television actors and star-kids, after she was called ‘cheap’ for wearing a bikini. 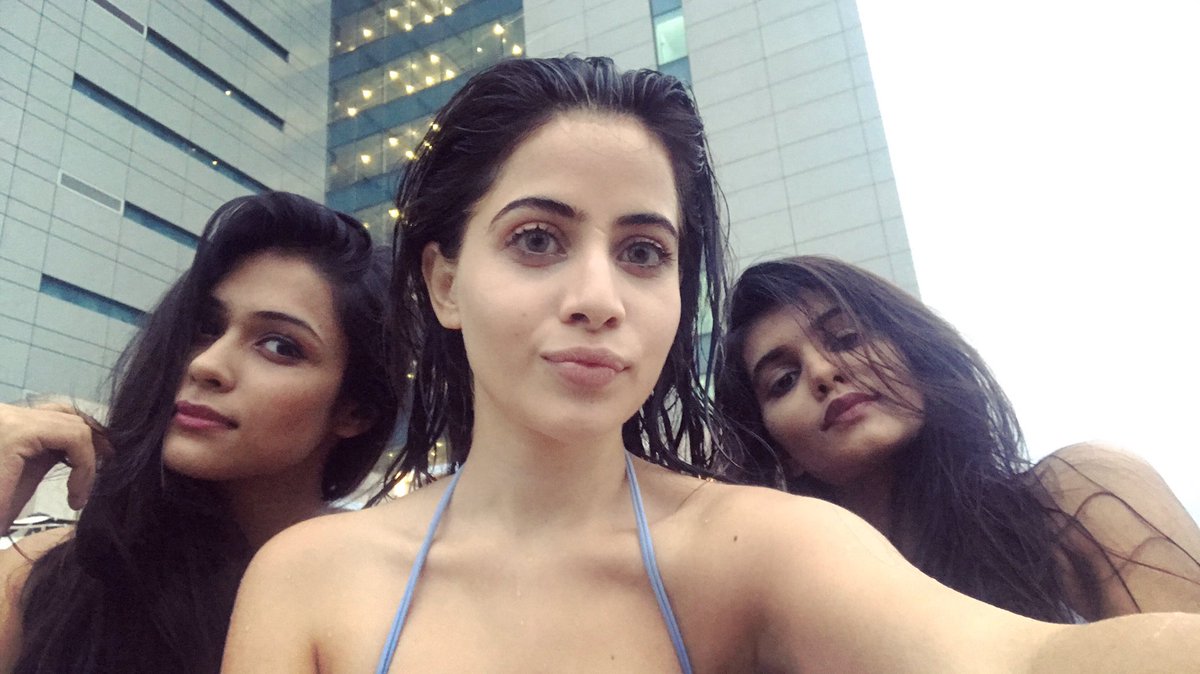 She shared a screenshot of an online portal which called Jahnvi Kapoor an ‘island girl’ and complimented her picture from her Maldives vacation. She wrote, “Headline for a star-kid.” On the other hand, she also shared a screengrab of a Hindi news portal that said that Urfi was wearing a ‘tiny’ choli with her lehenga. The article also pointed out that netizens were calling her ‘Besharam’ or shameless. Urfi captioned it, “Headline when you’re not a star-kid!”

Urfi Javed Age 22 Years Old, She born in Lucknow, Uttar Pradesh, India. Her Father Name is not known and Mother Names is Zakiya Sultana if internet sources are true. It is also seen in some sites that Urfi Javed’s father name is being said as Ifru Javed but no authentication as of now. She has a younger sister name by name Asfi Javed along with 2 others and a brother. She completed graduation in Mass Communication from Amity University, Lucknow. Urfi is unmarried and not dating anyone. She belongs to a Muslim family and Her Zodiac Sign is Libra. You may read Rashmi Somvanshi, Warina Hussain, Srabanti Chatterjee.

Urfi Javed has shared family photos on his Instagram story and told how many brothers and sisters they are. Urfi Javed’s 3 Sisters and has a brother. All the three sisters are very beautiful and cool like Urfi. Urfi shared these pictures and wrote, ‘People keep asking me about the family, so here are all the people.’ 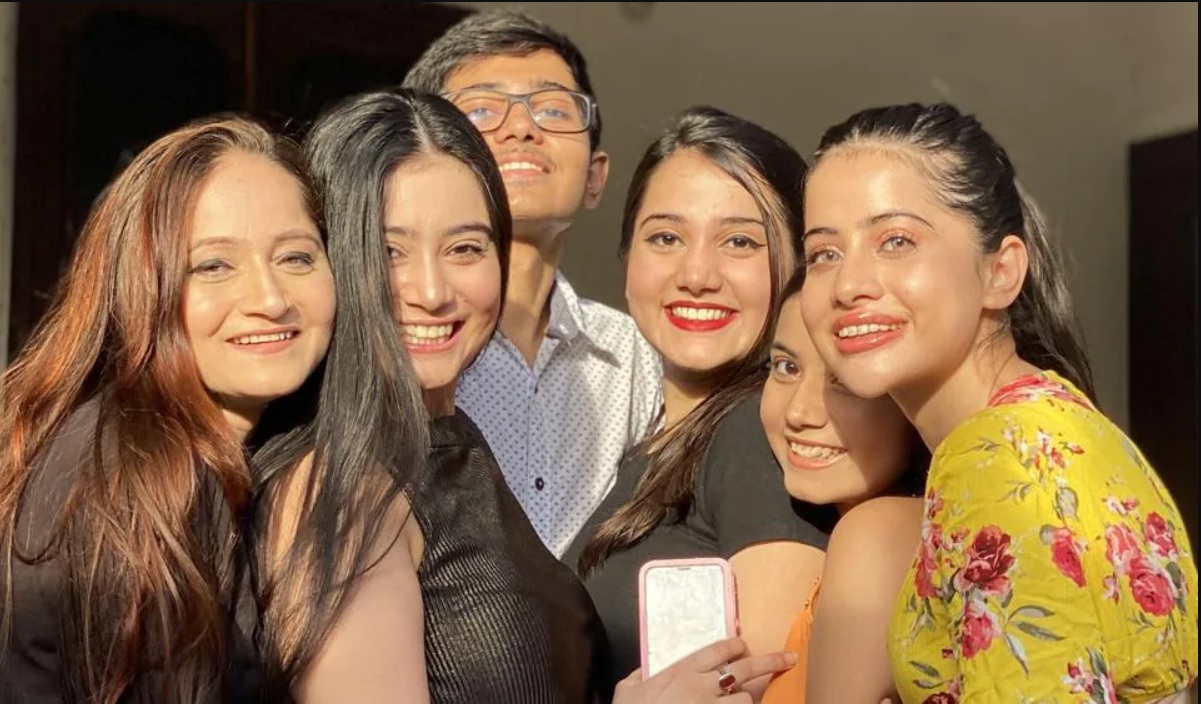 Urusa Javed is the eldest of all and is a business woman by profession and works in the field of digital marketing. She remains very active on Instagram. Urusa’s Insta account is full of her beautiful and captivating pictures and videos. She has 77.3k followers on Instagram. Urusa and Urfi have also made many videos together.

Second sister’s name is Asfi Javed. Asfi is also active on Instagram. She is a blogger by profession and is quite stylish. Asfi is just as cute and beautiful as Urfi. He has 120k followers on Instagram.

Urfi Javed’s third sister’s name is Dolly Javed and she is also a blogger.Just like elder sister Urfi Javed, Dolly Javed also makes sure that she rules the Instagram game and also enjoys a massive fan following of around 53.2K followers on the social media platform.

But if you think that Urfi and Dolly are the most beautiful among the four sisters then you are wrong. Urfi’s youngest sister Asfi Javed is so beautiful that it will be difficult to take your eyes off her.

Urfi Javed has a brother, whose name is Saleem. Seeing the pictures, it seems that Salim is the darling of all the sisters. There is a lovely bond between all the brothers and sisters. Urfi Javed’s mother is also very beautiful. 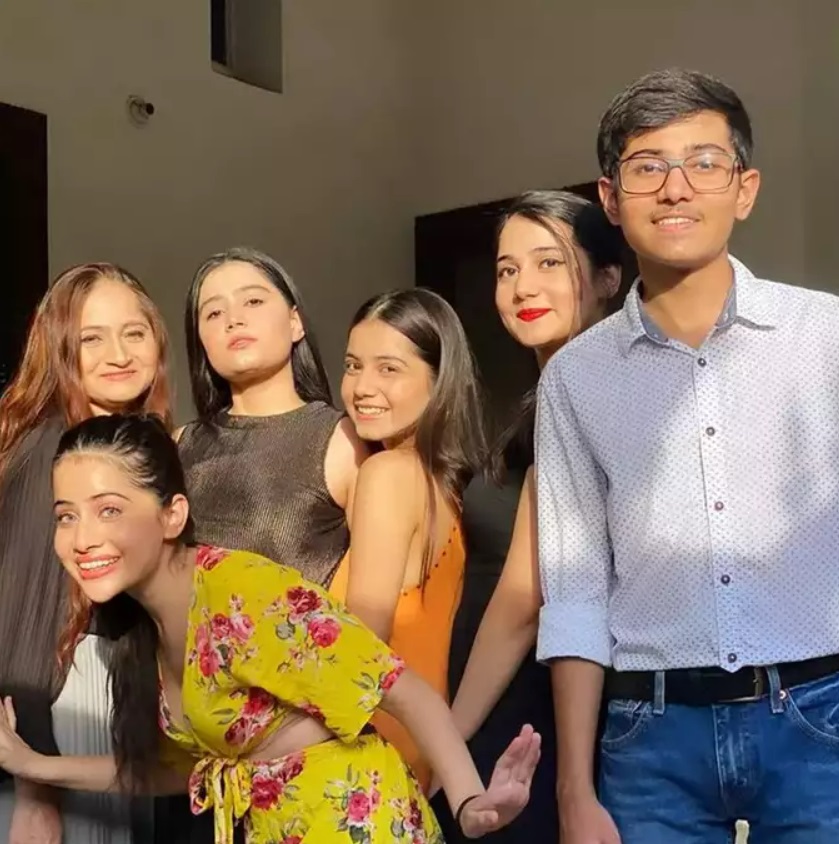 When Urfi was just a school student, some notorious group circulated her pictures on adult websites which came to the notice of her parents and relatives. Instead of standing by her in her difficult time, her father physically and mentally abused her, for a stretch of two years. Her relatives even asked to check her bank balance, insinuating that she might have earned crores by involving herself in adult content. Recalling her trauma, Urfi added that for years, she could not even remember her own name and her voice. Her father had the mandate in the house that girls cannot make decisions – that should be done by the male members of the family.

Earlier, in an interview last year with The Times of India, she spoke of the time when she ran away from home to escape the torture. Urfi said that she and her other two siblings stayed for a week in a park in Delhi. They started looking out for jobs and was lucky to find one in a call centre. Soon after the incident, her father remarried and the responsibilities of her mother and her other siblings came on her. She said that her father’s remarriage was a blessing in disguise because that helped them to break the shackles of his torture and explore life without restrictions.

Urfi, who has starred in several TV series such as Bade Bhaiyya Ki Dulhaniya, Kasautii Zindagii Kay 2 and Chandra Nandani, was the first contestant to be evicted from Bigg Boss OTT.

Urfi has raked in a controversy with her comment. In an exclusive interview with IndiaToday, she shared her views on marriage and said she will never marry a Muslim man.

On being asked about the reason, she said, “I will never marry a Muslim guy. I don’t believe in Islam and I don’t follow any religion, so I don’t care who I fall in love with. We should marry whoever we want to.”

She said that religion shouldn’t be forced and people should be free to choose what religion they want to follow as it comes from the heart. 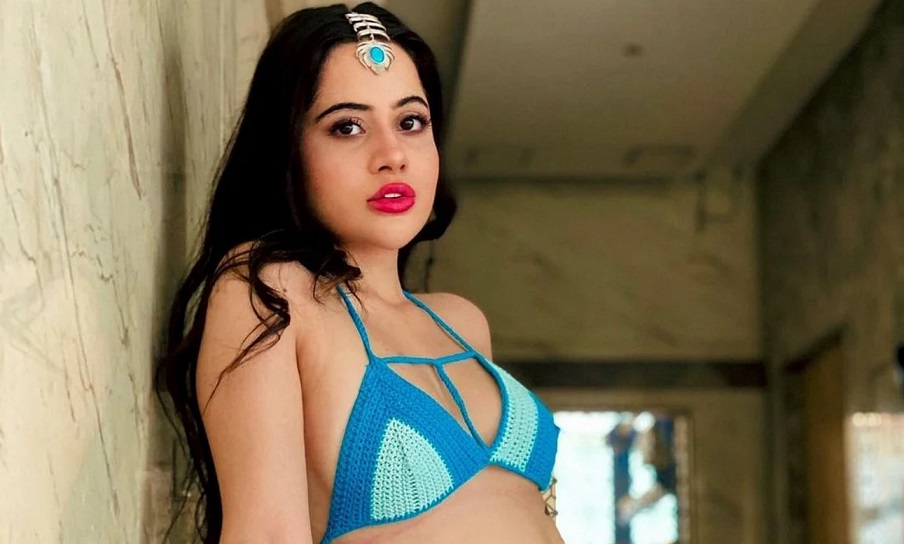 As we all know the horror and sad truth of casting couch in the entertainment industry, Urfi revealed that she was also not immune to the horrific reality.

During her conversation with IndiaToday, she revealed that she was forced into casting couch once in the initial days of her career.

“…It just happened once when someone forced me, but I got out, so I consider myself very lucky…,” she said.

She also talked about the dark phase of her life when she was suicidal and was conned by a producer who forced her to do explicit scenes by threatening to send her to jail.

Talking about her struggles, she revealed that there have been so many times when she slept empty stomach as she did not have money for food. She would travel by bus to shoot locations because of the lack of money for taxi or auto rickshaw. When she would go for my shoot, she would get down from the bus and walk all the way to the sets. She shared that she had also shared rooms with six girls when she was living in PG.

She has struggled a lot in her life and still struggling. She started her career with Rs 3000 per day. Also, initially, things were not working in her favour as all the shows she signed, would shut down in 3 months’ time. Sh shared she  has not done shows for more than 3 months and had ended up doing some 10-12 shows.

Urfi in an interview also spoke about her tattoos and revealed that she had gotten her ex-boyfriend’s name inked on her body but had to cover it up later. But name of her boyfriend has not been revealed. 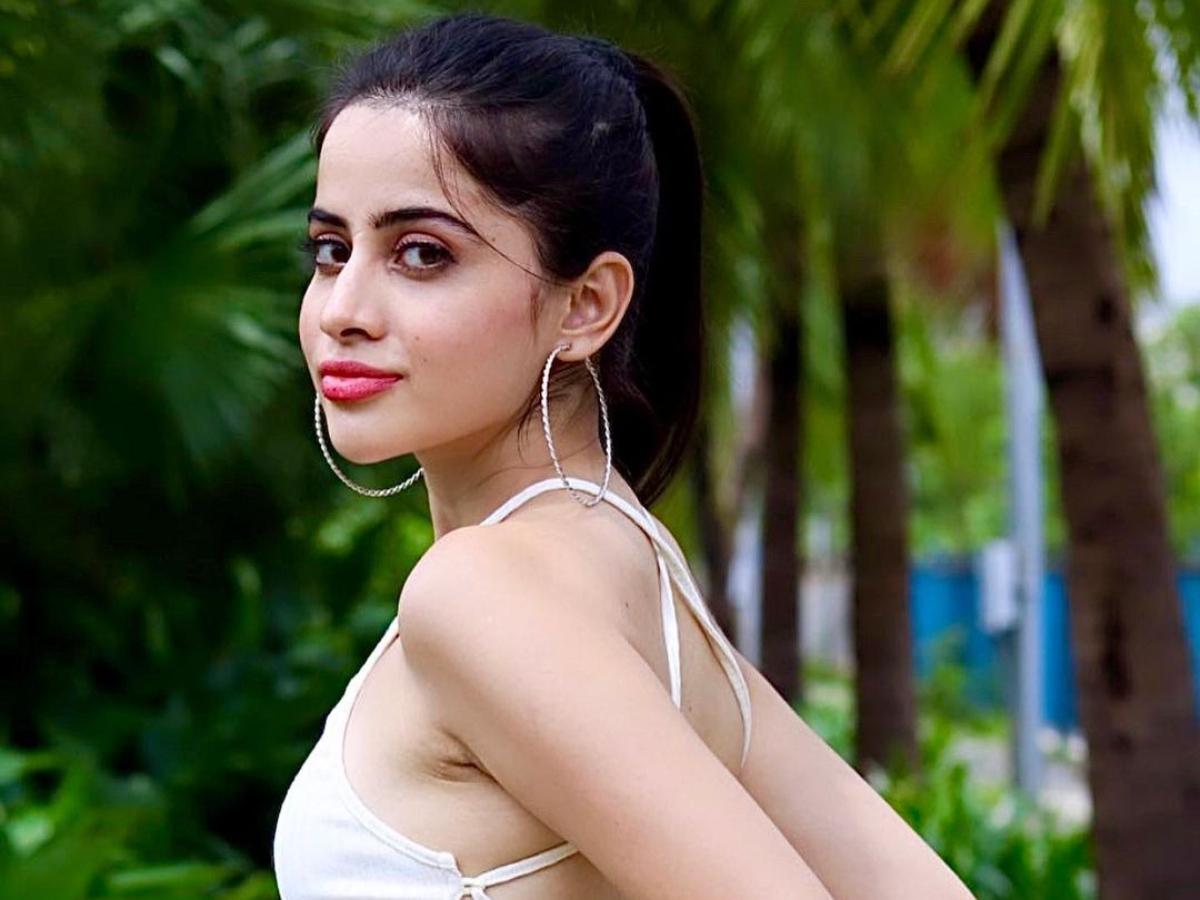 The actress, recently, opened up on getting trolled for her airport look as she talked to Etimes TV. She said, “I would have gone without clothes if I needed publicity. It’s just who I am, and if that creates publicity then good for me.”

She further added that “There is so much more to me than my clothes! Why don’t people talk about me as an individual? I have realised that no matter what I post, people will say things. Be it a bikini or a salwar-suit, there are nasty comments always.”

Urfi also talked about how the conservative thought-process of people has become and was never brought up the same way and how she had to never face issues over her clothing. She said that she loves modern outfits and loves to wear it even more, “I have grown up in a conservative family in Lucknow.

But even then, our clothing was never an issue. Today when I wear outfits which I love, I feel good and don’t care about what people say. I get inspired from various places and then I get then I get my clothes made. Initially I used to wonder whether I was at fault for putting up something but now I don’t feel that way anymore. I have grown a thick skin I think and these things don’t bother me now.” 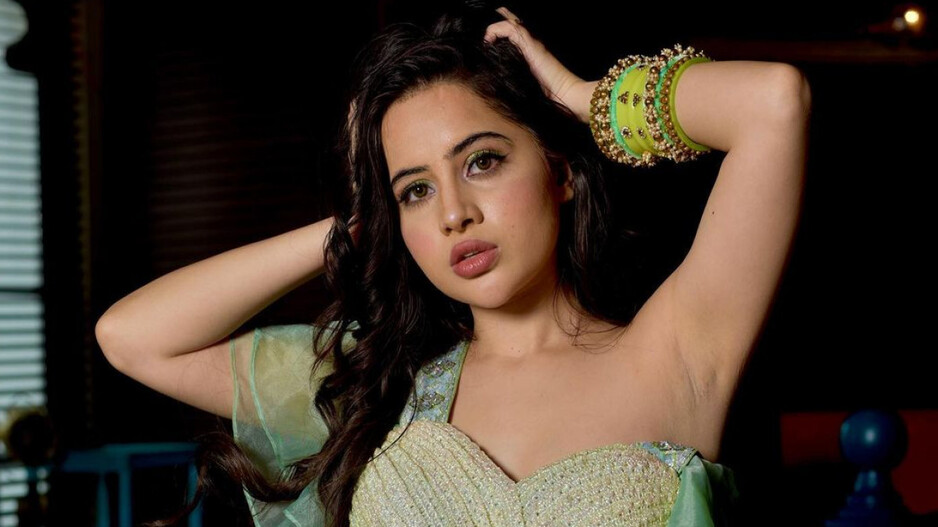 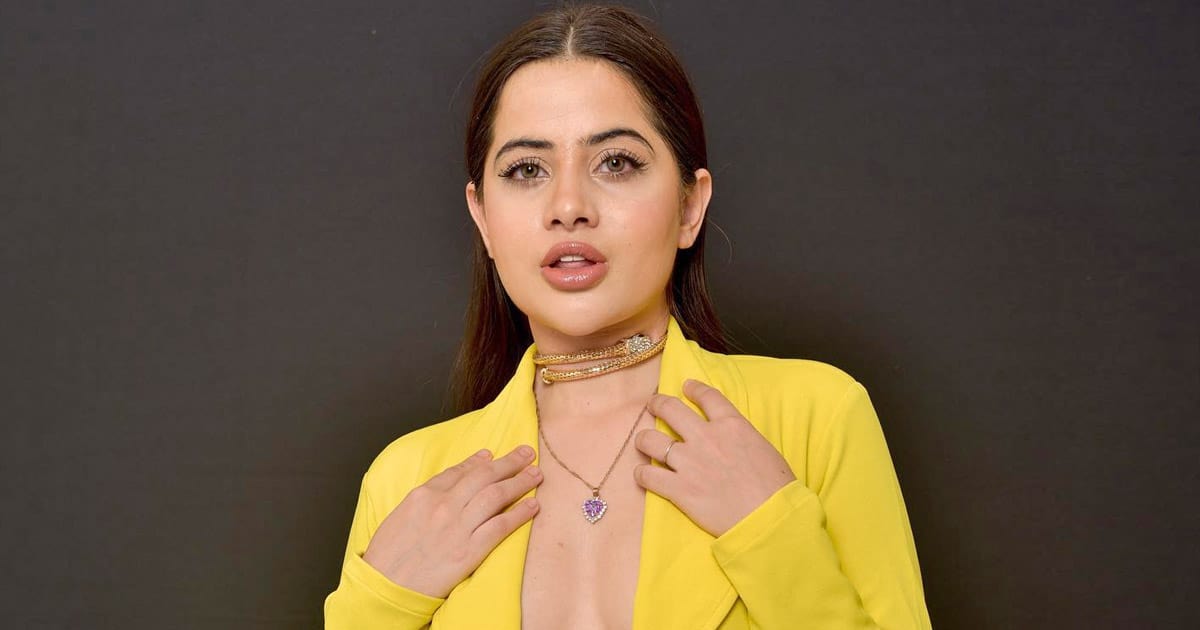