VJ Sunny known as Arun Reddy participating in Telugu reality show Bigg Boss Season 5 hosted by Nagarjuna, the Telugu version of reality TV show Big Brother. VJ Sunny is one of the top most anchors, news presenter and of course actor too. He was born to Venkateshwarlu and Kalavathi in the year 1992 at Hyderabad. He completed schooling in Nirmala high school located at Khammam, whereas Graduation from St Mary’s College, Hyderabad.

Since childhood, Sunny used to interact with people a lot and was almost a talkative guy, besides his only dream is to become an actor. To make his dream a reality, he started filmy trials after completion of graduation. Initially, he got a chance to host as a Video Jockey and he utilized it in such a way that, he got so many offers due to his immense talent. 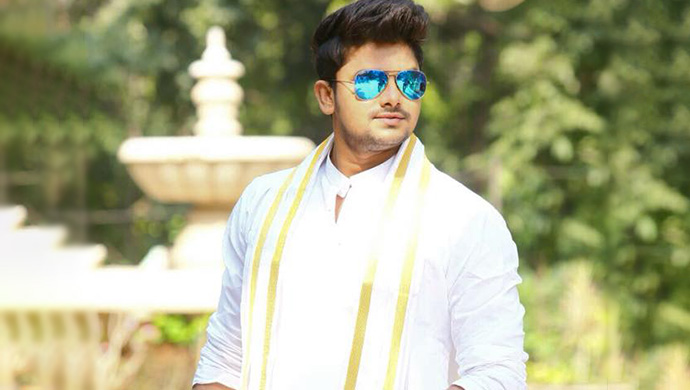 At the early stage itself, he got a chance as an anchor in MAA Music and simultaneously he used to be a news presenter too. Due to his talent, he got an offer to act in a serial called “Kalyana Vaibogham” which aired in the Zee Telugu channel, in which Meghana Lokesh appears as his partner.

Finally, his dream is achieved as he got a film chance as a lead, almost the shoot has been completed and the film is titled “Sakala Gunabhi Avatar” which will be released in theatres in 2022.

At present, he is one of the contestants in the world’s biggest reality show, so-called “BiggBoss season 5 Telugu”. The way he performs the task and interacts with opponent contestants impresses the audience, which made him so much popular within a short gap. Hope he grabs the Bigg Boss 5 title and wins the cash prize.

When a fan war happens, they go by the popularity and voting results. Shannu fans say that Sunny’s voting percentage is lower than that of Shannu, and so it proves that he is weak. Sunny fans are trying to prove that Shannu fans are wrong. However, we all know that Shannu has a bigger fan following when compared to Sunny.

The Bigg Boss Telugu season 5 winner is Sunny while Shanmukh and Sreerama Chandra have emerged as first and second runners-up respectively. Bigg Boss 5 winner Sunny not only lifted the trophy but also took home prize money of Rs 50 lakhs, a bike and a plot worth Rs 25 lakhs. The Nagarjuna-hosted show had its grand finale on Sunday as a host of celebrities showed up. Those who were a part of Bigg Boss Telugu 5 finale include SS Rajamouli, Alia Bhatt, Ranbir Kapoor, Nani, Naga Chaitanya, Shriya Saran and Ayan Mukerji, among others.

vijesh - 0
Sahasra Reddy is a Youtube star and short film actress. She came into the limelight for her popular web series “Ok Bava” under Kashif...