Julia Boorstin is CNBC’s Senior Media & Tech Correspondent based at the network’s Los Angeles Bureau. She covers media with a special focus on the intersection of media and technology. Boorstin also plays a key role on CNBC’s bi-coastal tech-focused program “TechCheck” (M-F, 11AM-12PM ET/8AM-9AM PT) delivering reporting, analysis and interviews around streaming, social and the convergence of media and technology. She joined CNBC in May 2006 as a general assignment reporter and in 2007 moved to Los Angeles to cover media.

In 2013, Boorstin created and launched the CNBC Disruptor 50, an annual list she oversees, highlighting the private companies transforming the economy and challenging companies in established industries. Additionally, she reported a documentary on the future of television for the network, “Stay Tuned…The Future of TV.” She also helped launch CNBC’s ‘Closing the Gap’ initiative covering the people and companies closing gender gaps, and leads CNBC’s coverage of studies on this topic. She is currently writing a book on female founders that Simon & Schuster’s Avid Reader imprint is publishing in Spring 2022.

Boorstin joined CNBC from Fortune magazine where she was a business writer and reporter since 2000. During that time, she was also a contributor to “Street Life,” a live market wrap-up segment on CNN Headline News. 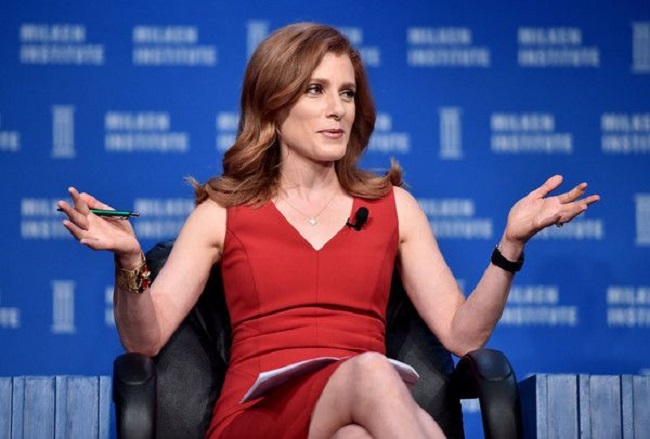 In 2003, 2004 and 2006, The Journalist and Financial Reporting newsletter named Boorstin to the “TJFR 30 under 30” list of the most promising business journalists under 30 years old. She has also worked for the State Department’s delegation to the Organisation for Economic Co-operation and Development and for Vice President Gore’s domestic policy office.

She graduated with honors from Princeton University with a B.A. in history. She was also an editor of The Daily Princetonian.

Concerning her early life, Julia Boorstin apparently spent her childhood in the hometown of Los Angeles, where she was raised alongside her siblings by her father, Paul Boorstin, who works as a producer and screenwriter for television documentaries, and her mother, Sharon Boorstin, an author. Julia is American. Regarding her educational background, she went to Harvard Westlake School, and upon matriculation in 1996, enrolled into Princeton College, graduating with a BA degree in History.

While in college, she showed her interest in journalism, and spent some time serving as the editor for “The Daily Princetonian”.

Right after graduation in 2000, Julia Boorstin started pursuing her professional career in the field of journalism, and was hired to serve in the positions of a news reporter and business writer for Fortune Magazine, marking the establishment of her net worth. During her stint there, Julia also worked as a contributor to CNN Headline News’ live market wrap up segment – “Street Life”.

After six years Jennifer decided to leave and started working in the position of the general assignment reporter for the CNBC Network in May of 2006. She was promoted later that year to work as the network’s media and entertainment reporter, based in the CNBC’s Los Angeles Bureau. After gaining enough experience and knowledge, Julia decided to further explore the economic market. and in 2013 created the CNBC Disruptor 50, which represents the annual list of the 50 most important private companies, which have huge impacts on the whole economy and their industry.

If to talk about her personal life, Julia Boorstin is apparently a happily married woman – she met her future husband, William Couper Samuelson, back in the year 2004 at Sundance Film Festival, after he was dragged to meet her by his friend because he was not interested in going on a date with her.

However, the situation reversed and they soon began dating. Three years later, the couple exchanged their wedding vows at a ceremony held in Beverly Hills, California in December of 2007 – she gave birth to their child, a son they named Henry, in July of 2011. Julia enjoys in her blissful marriage with William, who is known not only as a successful actor and producer, but also as the Executive Vice President of Universal Pictures’ Blumhouse. Regarding their current residence, the family lives in Los Angeles, California.

Julia has earned the striking amount of income from her long stint to CNBC. Paysa suggests that a senior correspondent at CNBC earns an average salary of $130,835 and for her long-time experience the salary may exceed from the average.

One of her remarkable work in CNBC was creating and launching an annual list named CNBC Disruptor 50 in 2013. It highlighted the private companies transforming the economy and challenging companies in established industries. In 2015, she was appointed as the senior media and entertainment correspondent in the channel. Besides that, she served for the State Department’s Organisation for Economic Co-operation and Development and for then- American Vice President, Al Gore’s domestic policy office.

vijesh - 0
Dwayne Johnson, also known by his ring name the Rock, is an American actor, businessman, and former professional wrestler. Widely regarded as one of...