Edd Branson is a prominent Zimbabwean Prophet, charismatic Christian leader, philanthropist and entrepreneur. Edwin Mutongwizo was his original name which he changed to Edd Branson. Branson has said his mentors are Prophet Uebert Angel and Nigerian religious leader Prophet T.B Joshua. He founded the Jesus Generation International Ministries which he leads.

Prophet Edd’s has been known for his forensic prophesies that apparently defy logic earning him the name The Specialist from his followers. He is also popularly known as Kuritiki in the realms of the spirit. These Generals continue to play a pivotal role in mentoring his young ministry. For this divine grace he has been fondly called, “The Specialist.”

A tender-hearted man of the cloth, Prophet Edd is full of surprises; whether he is coming out to a church service donning an outfit that looks like a police uniform or turning out in rags to see if there is anyone among his followers who would pay any mind to panhandlers.

At the crossover night into 2016, Prophet Edd’s ministry attracted a huge crowd at “The night of El” which is the ‘night of God’ in its simplest terms.

Branson founded The Edd Branson Foundation through which he has received several recognitions and awards. He was appointed by the Global Diplomatic Council as director commissioner of African Culture Diversity and Entrepreneurship. In 2019, he received an honorary doctorate for Philanthropy and Humanitarian Leadership from The Global Academy Of social sciences of India. 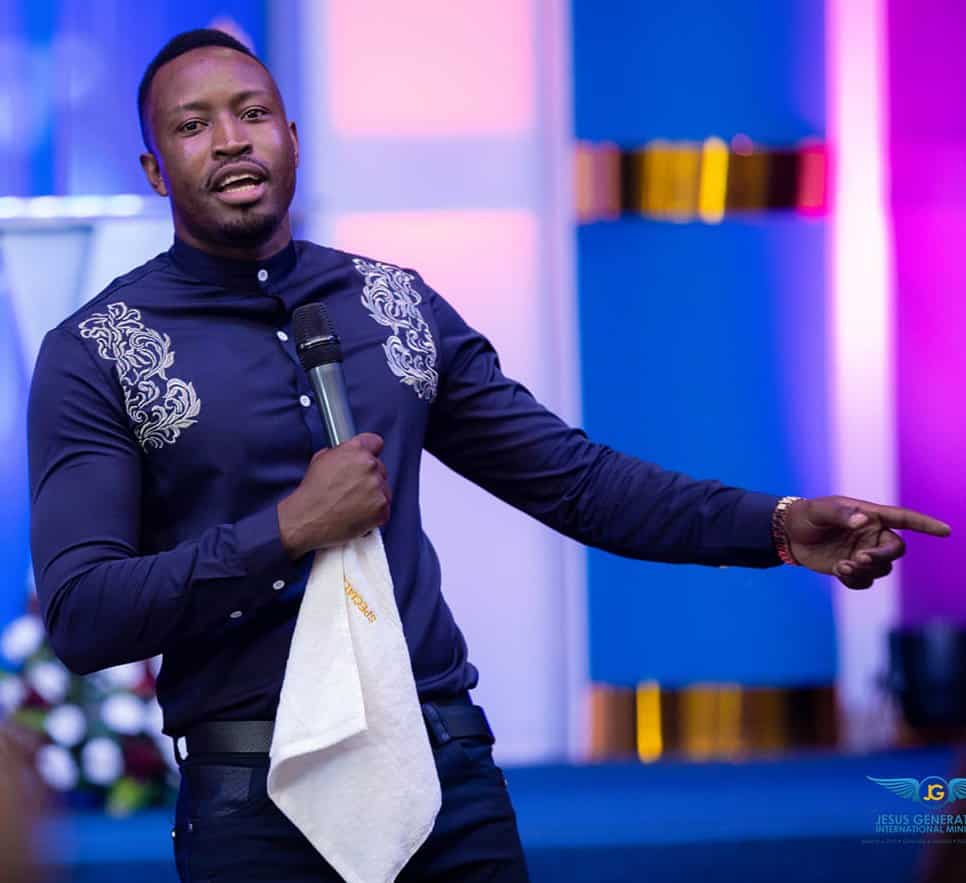 In 2019 he became the first Zimbabwean to be appointed the director commissioner of African Culture Diversity and Entrepreneurship by the Global Diplomatic Council. The position has been previously, held by great leaders and personalities such as Archbishop Desmond Tutu, former president of Tanzania Jakaya Kikwete, Dr. Margaret Kigoz, John Momo — the chairman and founder of Channels Television, Bill and Melinda Gates, Koffi Annan Foundation, African Development Bank among others.

In 2019 he was honoured in Nigeria and made an Ambassador for WHAF (World Habitat Ambassador Forum). WHAF works in conjunction with the United Nations to provide sustainable housing for marginalized people all over the world. This prestigious accolade places him in the hall of fame making him the 15th person in the world to receive this title.

Acquainted with his destiny from a young age, Prophet Edd Branson responded to the call of God upon his life. Going from place to place, he preached the end-time message of repentance, preparing the church for the return of the Lord Jesus Christ.

He is famously known for fasting 40 days and 40 nights and appearing in his church stick thin.

He also preached the message of salvation through believing and receiving Jesus Christ as your Lord and saviour to all those that would hear the message.

Jesus Generation International Ministries was founded on 27th June, 2012 with the mandate to preach the Gospel of our Lord Jesus Christ and minister deliverance to people all over the world.

As a servant of the Lord, Prophet Edd Branson, along with his wife Prophetess Maria Branson, has devoted his life as a faithful witness, testifying of the salvation and abundant grace of God available through Jesus Christ. 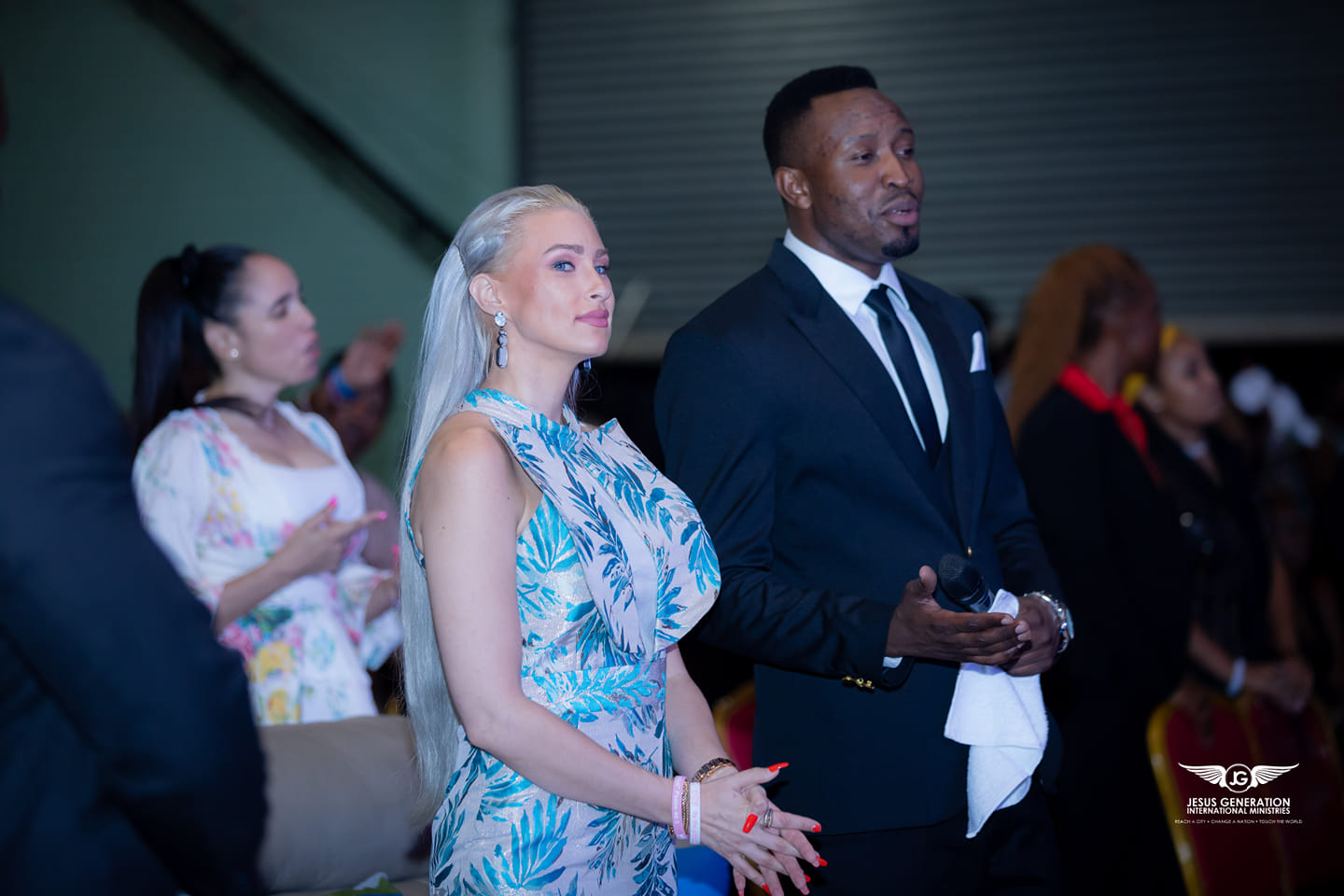 Jesus Generation International Ministries has branches all over the world in which the gospel of grace and the end-time message are preached, the supernatural power of God is demonstrated, souls are saved, the sick are healed, the mind of God is revealed, and lives are transformed.

In April 2019 he received an honorary doctorate In Dubai for Philanthropy and Humanitarian Leadership from The Global Academy of Social Sciences of India. He was one of two people who received Doctorates and were honoured by the World Business Leaders’ Summit hosted by His Royal Highness H.E Rashid Farooq Al Arshi in Dubai.

The other recipient was also another Zimbabwean business mogul Frank Buyanga.

Recently Prophet Edd was also featured in the renown Testimonies Magazine revealing more about his life and a few life-changing miracles that are taking place in JGIM.

If you ever considered looking for a church to make your home, the doors of Jesus Generation International Ministries are open to you for the glory of God. You will be blessed. 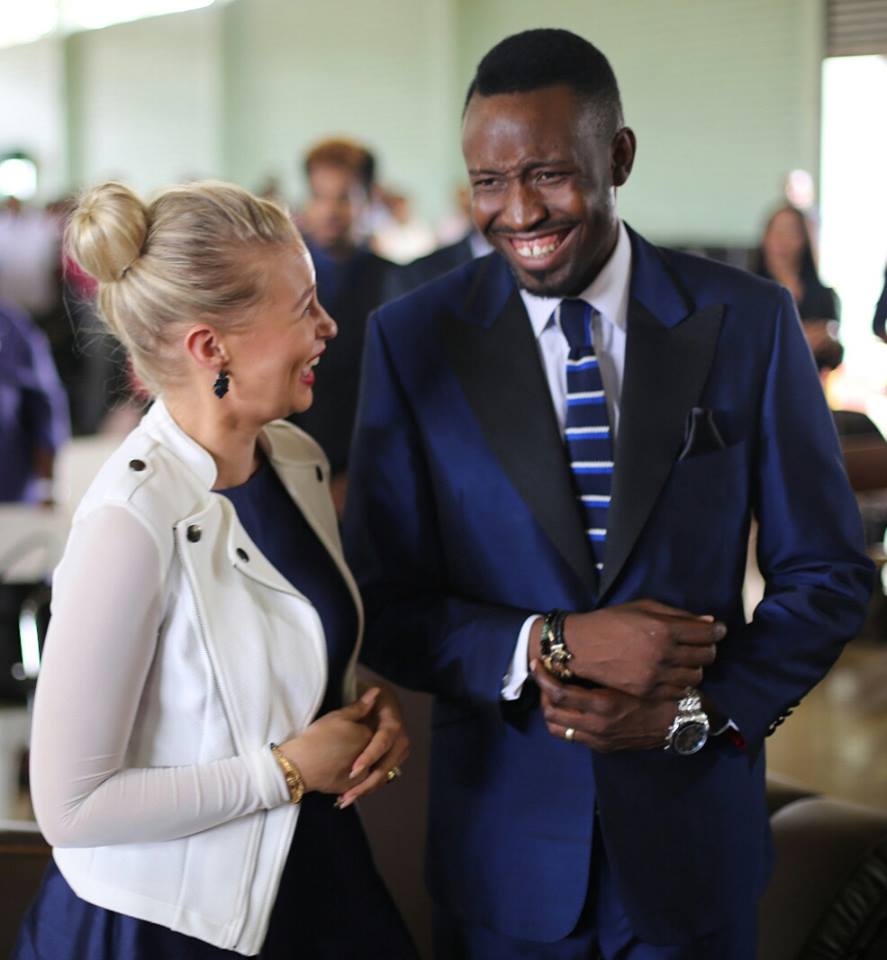 He is married to his Finish wife, Prophetess Maria Halme Branson and are blessed with a son. Prophet Edd Branson and Maria Halme who is from Finland got married in 2016. The lavish wedding was held in South Africa.

At the time of the wedding, the couple were so ecstatic to be married and some sources claimed that they married early due to pressure from the church. Prophet Edd Branson said marriage was important to God since it represents Christ being the groom and his church being the bride and after cleansing it with his blood he will present it to his father our God.

The two had actually separated later in 2017 a year after their marriage when Maria went to stay in Finland. While there has been a lot of speculation the source insisted the divorce was a mutual decision “based on cultural differences.” 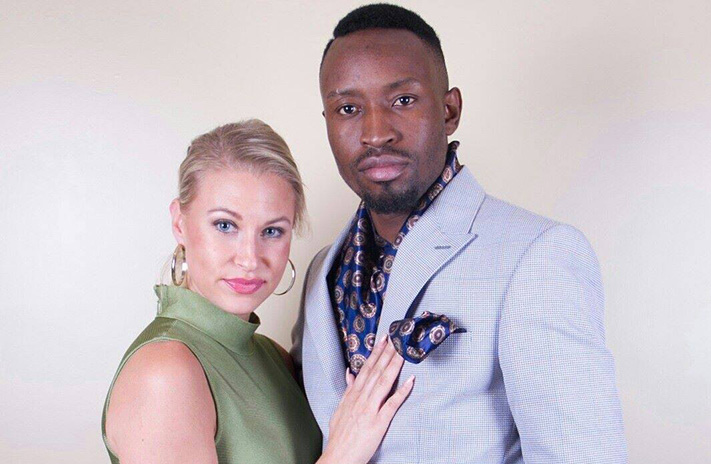 Every week Prophet Edd Branson gives divine solutions to thousands of Facebook followers all over the world. He also has a YouTube Channel which is designed to broadcast and make known the great works that God. His channel has over 83K Subscribers and posts live church sessions every now and then.

Prophet Edd Branson is known and called ‘The Specialist’, because of his mastery over the prophetic office. He prophesies authoritatively with stunning accuracy and speed. The Prophetic School is an annual conference held by Prophet Edd Branson to impart the prophetic gift, as well as train and mentor believers in Jesus Christ on how to hear the mind of God accurately & consistently regarding any situation, place, time, or purpose.

Through his ministry, Branson runs the Edd Branson Foundation. He has assisted young entrepreneurs through the foundation.

“Lady with a red jacket stand up. What do you want God to do for you?” Prophet Edd asked.

” I am sick and I am always weeping,” she answered, in a rather whizzing high-pitched voice.

“They said I have asthma.”

“The person who diagnosed you is called Arnold. The problem is not anywhere, it is here,” Prophet Edd said pointing to her stomach.

“Come, let me heal you. Breathe in, breathe out, watch this, it’s coming out! She was going to die prematurely that’s why God brought her here. You are free in Jesus’ mighty name!,” Prophet Edd declared.

“Thank you Jesus!”, she praised God.

Walking towards a woman seated in the International Visitors section, Prophet Edd says;

“I spoke about Botswana that people are going to die like rats because of Satanism. The address is their people are being found dead everywhere.”

“Yes, someone l know was beheaded, and the body was found elsewhere,” the lady said.

Prophet Edd continues, “They want to take as much blood as possible. I saw a girl who was running a marathon dying again. If it hasn’t happened yet, it is going to happen. Botswana you have all the information.”

Now pointing to the lady he says, “What do you want God to do for you?”

“Where is your mother?” asked Prophet.

“In Botswana,” she says.

“There is a nurse that is fighting your mother,” said the Prophet.

Moving towards her Prophet Edd lays hands on her declaring her free and proclaiming a blessing upon her life.
“It is done,” says Prophet as he moves away from her.

Edd Branson Moving in the Prophetic:

“Outpouring, outpouring what is it?” Lilly, Lilly, what is it? Why am I not seeing children? ” Prophet Edd asked a man seated on the front row of the church.

“Yes Papa! It is a church in South Africa,” the man answered.

“You once took your wife to a place called Naba Naba. There is a certain woman who gave you pap to eat. Ever since you ate it your lives went sour. There is a lady called Tsegofatso who bewitched your wife. Sir, I want to pray for you, I want God to intervene in your ministry because there is a lot of Satanisms.

“You are a man of God and not an Apostle but a Prophet. They killed your wife and they also want to kill your current wife. Why am I seeing a place called Gethsemane?,” Prophet Edd inquired.

“Papa, I bought a farm, and I called it Gethsemane, and yes papa my wife was sick for 19 years before she died,” the man confirmed.

“Today I declare mental illness over all people that conspired and killed your wife. Let your ministry be set free and as of now you are a Prophet of God, let your eyes be open,” the prophet prayed and delivered the man.

“Thank you Jesus! I receive,” the man glorified God! 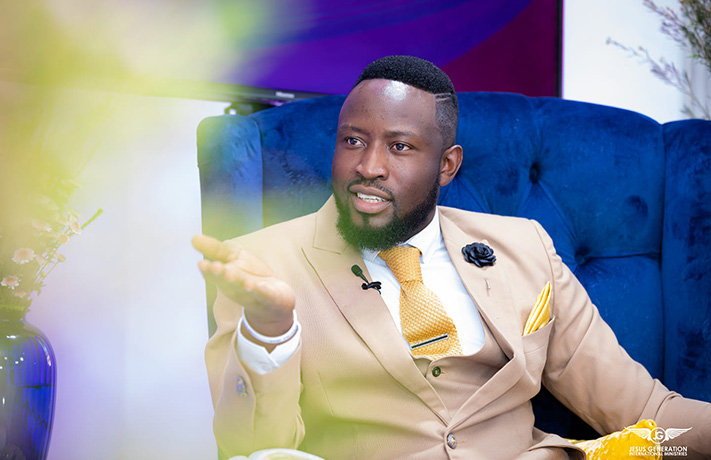