Emmanuel Makandiwa a prophet and Man of God who has changed the dimensions of the prophetic. Few describe him as a teacher. To the members of His church he is their pastor, others see him as a businessman. From around the world he is known as a televangelist but he is more. He is a revelation the world is yet to comprehend, the embodiment of God’s inspiration and life in the earth realm. He is an institution, a leading light. Over the years God has sent many men and women of God with unique assignments to bring about change in the earth realm but what He is doing with Emmanuel Makandiwa has never happened before.

Having been born in a Christian family, Makandiwa used to be part of the team which organized gospel crusades and was one of the preachers. He came back to Harare and was enrolled at the A.F.M’s Living Waters Theological Seminary where he graduated with a Diploma in Theology in 2002. Makandiwa claimed that before he graduated he was called in a vision by God in 1995.

After graduating, Makandiwa went to Matabeleland where he worked as an assistant pastor under the supervision of Reverend Aspher Madziyire (who was once the President of AFM). He was then assigned to be the pastor of an Assembly in Shangani. In 2004, he was transferred to How Mine and subsequently to Hebron Assembly in Chitungwiza. In August 2008, Makandiwa started an inter-denominational church drawing the attention of many people. His sermons were screened on Zimbabwe Broadcasting Corporation television.

It was reported that Makandiwa devoted much of his time to his newly formed inter-denominational church neglecting his duties at his Chitungwiza assembly. Those in the executive interim of AFM gave Makandiwa two options; either to remain with AFM or to be with UFIC. He chose the latter. In 2010, Makandiwa renamed UFIC to United Family International Church (UFIC) in 2010.

His ministerial assignment is characterised by a combination of the calling of Moses in the Old Testament and the calling of Paul the apostle in the New Testament. So you see the miraculous and deliverance at its highest dimension, deep insights and revelation of God’s word at the same time. And this is very rare and awesome. As a prophet called into the office of a prophet, his prophetic accuracy and precision are unmatched. Not a single word from His mouth will or has ever fallen to the ground without accomplishing its assignment.

Every single prophecy he has given has come to pass. He enjoys deep and profound intimacy with God. He is a change agent, a man of character and a man of God. He is Christ centred, a life changer and a man you can trust. He is innovative and prophetic. He is a transformational leader, people caring and entrepreneurial. He carries a very distinctive environment with him wherever he goes, an environment which is almost tangible. Whenever you get the privilege of getting close to him you will experience an aura of spirituality, cleanliness, professionalism, amazing hospitality, finesse, grace and modernity. 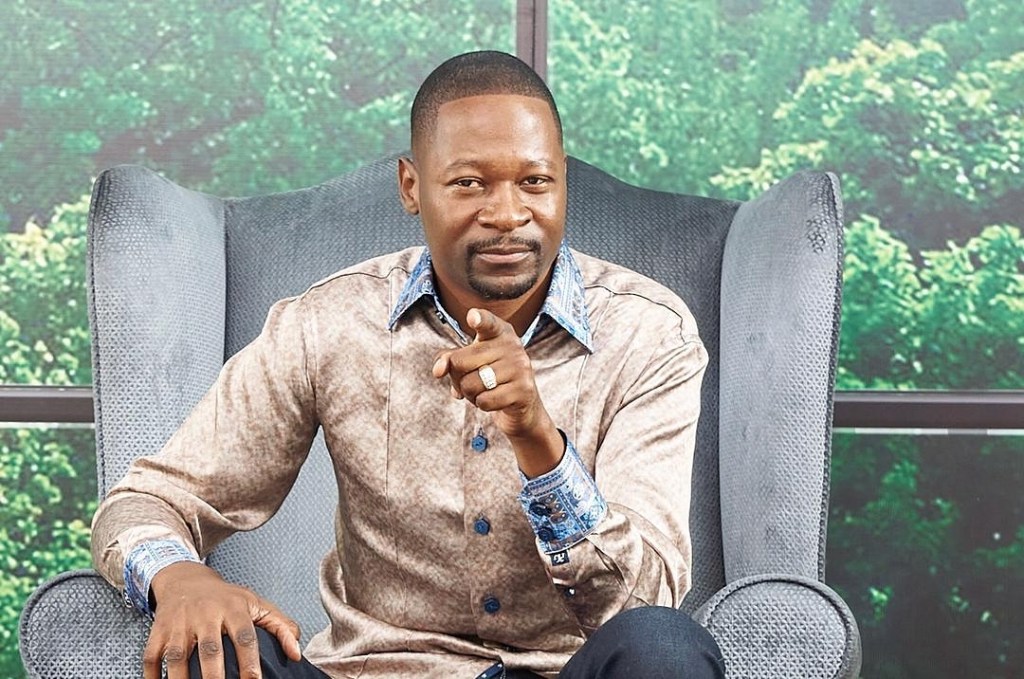 Prophet Makandiwa has travelled the rough and tumble of life into full ministry maturity and global prominence.

The towering figure of Prophet Emmanuel Makandiwa resonates in spiritual dimensions with his phenomenal prophetic ministry and stupendous impact, which compel global attention. As the founder of the United Family International Church (UFIC) his authentic prophetic voice calls to order leadership in politics, business and the church. In his home country, Zimbabwe, Prophet Makandiwa’s thriving ministry and social influence attract awe and a never-ending thirst for God. The precision of his prophetic pronouncements has earned him widespread local and international acceptance and reverence as a true man of God. Notable miracles, signs and wonders are everyday occurrences at his meetings.

United Family International Church (UFIC) has over 70,000 adult and youth attendees every week. The ministry owns a free-to-air television channel called Christ TV which is aired in most parts of Africa. Prophet Makandiwa’s personal and ministry life have been influenced to a large extent through his association with his spiritual father, Prophet Victor Kusi Boateng of Ghana. Prophet Makandiwa also looks after nearly 2,000 orphans, 300-plus widows and he constantly donates to people in need.

Emmanuel Makandiwa is married to Ruth Makandiwa and they are blessed with five wonderful children.

Ruth Makandiwa is one unique inspirational Woman of God and wife to the President and Founder of the United Family International Church – Emmanuel Makandiwa. She is a strong pillar, a visionary and a wonderful counsellor and planner who complements the efforts of her husband in serving God with all diligence.

In November 2012, there was reported a miracle baby which was born after a certain Chitungwiza woman who had an encounter with Makandiwa got pregnant and delivered a baby within three days of conception. The woman claimed that she had normal menstrual periods which ended on 15 November 2012. On 18 November 2012, the couple went to the UFIM and when Makandiwa was praying for female congregates whose pregnancies had complications, he then declared that there was to be a miracle pregnancy which was to be delivered within a space of hours, days and weeks. The prophecy came to pass but the baby died mysteriously.

Makandiwa was reported to have performed a miracle that saw some of his followers miraculously having money in their pockets and in their bank accounts.This ignited a heated debate with Gideon Gono who was the then Governor of the Reserve Bank of Zimbabwe. Gono said that such miracle money should be considered the “proceeds of money laundering”.It was reported Makandiwa, Uebert Angel and Gono held a press conference which was addressed by Makandiwa. Makandiwa and Angel were reported to have argued that the miracles were based on restoration and not on the creation of money.

In 2014 at his Judgment Night 2 all night prayer, he was reported to have performed a miracle for a Namibian man who wanted his manhood to be enlarged. The man stated that he had come to Chitungwiza because he was failing to marry due to his small manhood.

In 2014, Makandiwa launched what he termed ‘miracle-working anointing oil’ which was meant to pave the way for the economic advancement of his followers. He had earlier predicted an economic boom for the country that would have changed the lives of the Zimbabweans for the better.

In August 2020, Emmanuel Makandiwa said he foretold hydroxychloroquine as a cure for Covid-19.

Speaking during a Sunday sermon on live television, Makandiwa said he foretold the cure on February 9 2020 before scientists could even study and understand the novel disease.

Makandiwa also claimed he had prophesied the pandemic outbreak during a sermon in January 2015. He said he repeated the prophecy in 2016 and 2017 during UFIC church services at the City Sports Centre in Harare.

He then made two more prophecies emphasising the seriousness of the strange disease which he said “emerged from the sea”.

Makandiwa also accused the Chinese of manipulating the disease to their advantage, adding, the Asian country believed to be the origins of the pandemic was reluctant to reveal how many of its nationals have recovered from the pandemic.

In January 2021, Makandiwa claimed vaccines “tampered with the DNA” of Africans and vowed to go to prison than take a Covid-19 vaccine.

He said: “Are you not seeing the side effects of the previous vaccines? It’s not always in you dying, but look at Africa. If you’re still getting help from outside, those are the effects of having been vaccinated. The way we think in Africa, our DNA has already been tampered with. Someone can be sitting today and is telling you, ‘look at me, I’m 90-years-old yet I was vaccinated whilst I was young, why are you afraid of vaccines?’ Ninety years, what have they achieved? That lack of achievement is a result of that vaccination, you’re not thinking properly. That’s why this one (Covid-19 vaccine) that is coming no-one is raising questions, it’s because of the previous vaccines. You’re not thinking properly.”

In another sermon, Makandiwa said “when people begin to see the dark side of this thing (Covid-19 vaccine), it would be too late” as he claimed that the vaccine would “distort” people’s DNA.

“These people are very cunning. Don’t believe these world leaders that are being vaccinated on television. That’s not your vaccine, that’s not even a vaccine, that’s a lie. Our leaders are not like Jesus, they’re never ready to die for their people. They would rather you all die, so that they live. They would never be the first ones to receive this thing (vaccine), why should you be deceived?”

On 25 July 2021 during a live broadcast, Makandiwa urged his followers to get vaccinated, while making a u-turn from his widely criticised claim that the Covid-19 vaccine was the ‘Mark of the Beast’. He said:

Prophet Emmanuel Makandiwa is the founder of the United Family International Church in Zimbabwe. Prophet Makandiwa has an estimated net worth of $150 million which he was able to acquire through his many business ventures such as gold mining firms across the country, bible schools, shopping complexes, and hotels.

In the last quarter of 2014, it was rumored that Makandiwa purchased a gold mine from a Chinese firm, Ming-Chang for US $1,3 million which he was given by a certain local bank. A consortium company trading under the name Havilah Gold is also believed to belong to Makandiwa as it is run by a group of directors who are all members of Makandiwa’s church. Makandiwa uses the Sterkinekor’s franchise locally and in Zambia.

On 3 June 2016, Makandiwa launched Brand Makandiwa at a colorful event held in Harare. In attendance were his spiritual father Victor Boateng, his biological parents, foreign delegates and local business executives. According to the brand managers led by Randy Bediako of Ghana, Brand Makandiwa seeks to celebrate Makandiwa’s achievement through various products that will be released on the market, such as books and branded wares, among others.

Makandiwa built a house for Chief Kasekete Changara of Mashonaland Central. It was also reported that Makandiwa contributed immensely to the construction of an orphanage run by Grace Mugabe in Mazowe. 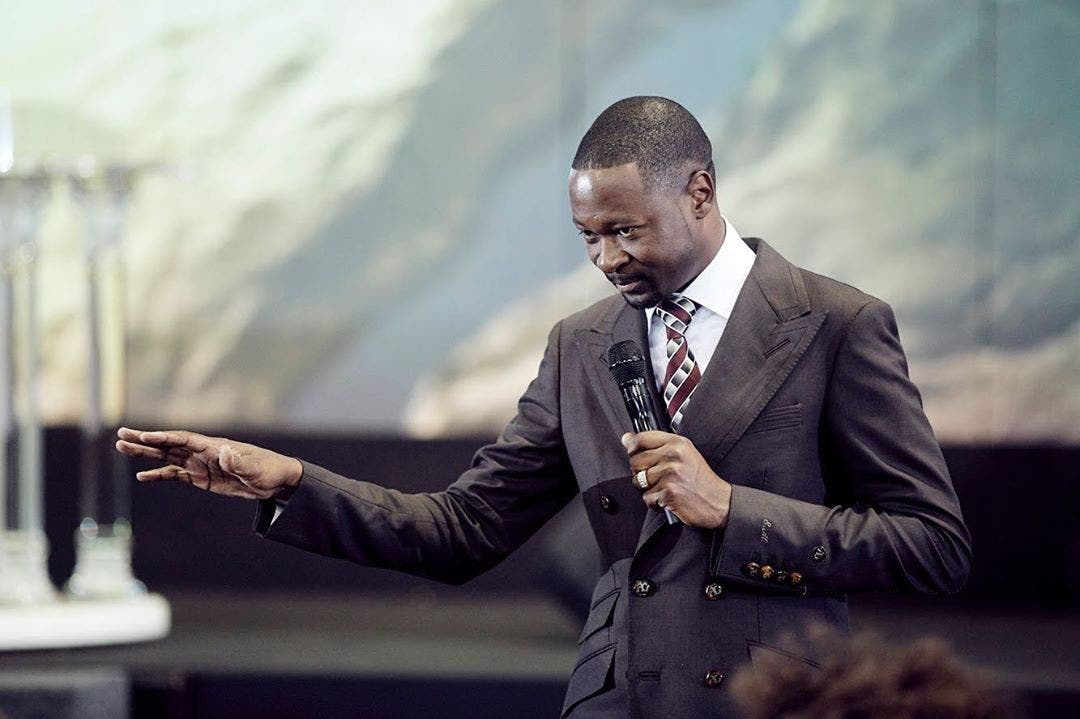 Prophet Makandiwa’s personal and ministry life have been influenced to a large extent through his association with his spiritual father, Prophet Victor Kusi Boateng of Ghana.

An authentic and renowned Prophet of God who draws the presence of God through worship. Having held this conviction of the voice of God being more powerful than the good intentions of man, Prophet Victor Kusi Boateng has risen from a school dropout, society reject, sleeping in uncompleted buildings to classrooms, into being a prominent father to the fatherless, counselor to Presidents and an encourager to the downtrodden. Prophet Victor Kusi Boateng has travelled extensively throughout the USA, United Kingdom, Germany, Australia, Belgium, Asia, Canada and Africa, preaching the word of God and building the Body of Christ with his down-to-earth message of hope, deliverance and love. He has received numerous awards and recognition from institutions such as the US House of Congress, the State of Texas and The Central Destitute Infirmary.

He has authored books like Blood for Blood, Wisdom Capsules for Survival, Manasseh before Ephraim and more to come. He is the founder of Home of Destiny Educational Fund, which takes care of the needy. He recently started The VKB (Victor Kusi Boateng Ministries). The Archbishop Nicholas Duncan- Williams is the spiritual father of this renowned Prophet of God.

Prophet Victor Kusi Boateng has anointed Prophet Emmanuel Makandiwa and Prophet Uebert Angel in one of his live crusades.

vijesh - 0
Mica Viciconte better known as Micaela Lorena Viciconte is a Argentina actress, panelist, lifeguard and athlete. She became known after having participated in and...