Victoria Justice is an American actress and singer born on February 19, 1993 in Hollywood, Florida, USA. She is the daughter of Serene Reed and Zack Justice. Her mother has Puerto Rican ancestry, while her father is of English, German, and Irish descent. She has a younger half-sister, Madison Reed. She has received several accolades, including two Young Artist Awards and nominations for three Imagen Awards, an NAACP Image Award, and three Kids’ Choice Awards. Victoria Justice broke through by playing Lola Martinez in “Zoey 101” before following up with shows like “Victorious.” More recently, she booked a starring role in the MTV series “Eye Candy.”

Outside of her television career, Victoria has also found success in a number of films. These include “The Boy Who Cried Werewolf,” “Fun Size,” “The First Kiss,” and “Naomi and Ely’s No Kiss List.” Justice is an accomplished musician, having released several songs for soundtracks for her TV shows and films.

In music, Justice has recorded several songs for the soundtracks of her acting projects, including Victorious and the 2009 Nickelodeon musical Spectacular!. Her debut single “Gold” was released in 2013. She took a seven-year hiatus from music, making her comeback with the track “Treat Myself”, released in December 2020. 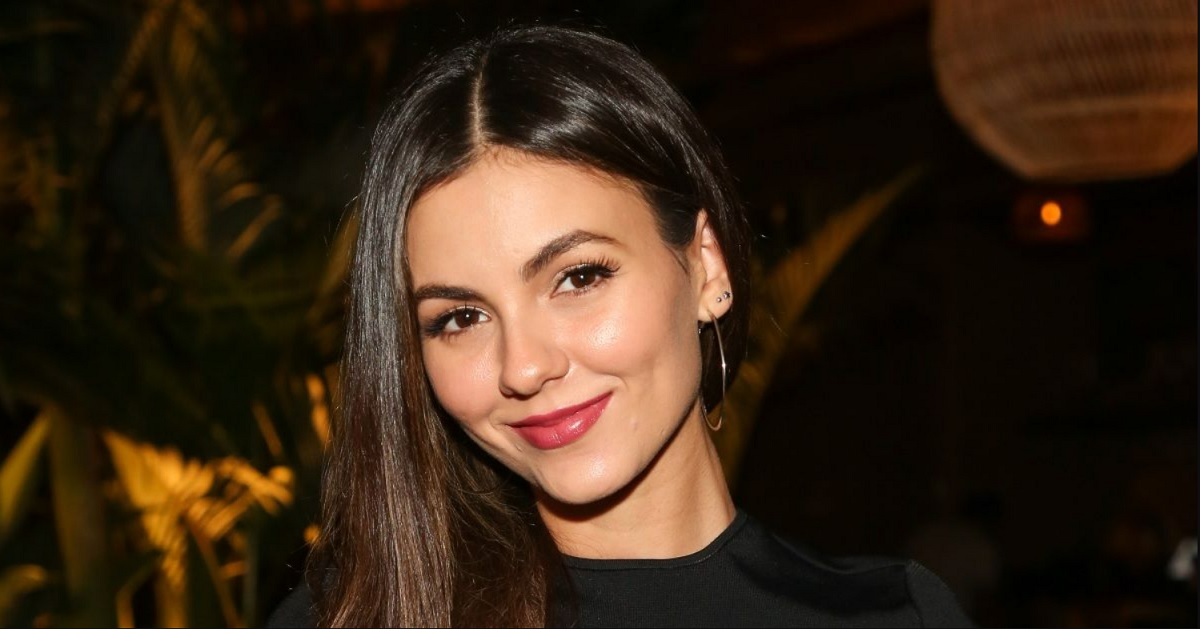 Victoria Dawn Justice was born on February 19th of 1993 in Hollywood, Florida. She has European and Puerto Rican ancestry. Raised alongside a younger half-sister, Victoria relocated with her family to Hollywood, California in 2003. She began her acting career at a very young age, and she completed high school while she was filming “Victorious.”

Justice initially attended a high school in the San Fernando Valley, but she eventually finished her high school diploma through a home school program. Early in her life, she was influenced musically by artists such as Michael Jackson, Madonna, Britney Spears, and Elton John.

Victoria Justice began her entertainment career at the age of 10, appearing as a guest in an episode of “Gilmore Girls.” Seeing their daughter’s potential, the Justice family moved to Los Angeles shortly after this initial role. Just one year later, Victoria was appearing in the Disney series “The Suite Life of Zack & Cody,” playing a young beauty pageant contestant. During this period, she also booked her first film role in a short film called “Mary.”

After being accepted into the Millikan Performing Arts Academy in Los Angeles, she also began appearing in commercials for a wide range of different brands, including Ralph Lauren, Guess, and Peanut Butter Toast Crunch. In 2005, she booked what would become one of the most defining roles of her early career in “Zoey 101.” Playing the starring role of Lola Martinez, Victoria Justice became massively famous among young audiences of the Nickelodeon channel. She also continued her film career, appearing in movies like “When Do We Eat?,” “The Garden,” and “Silver Bells.” 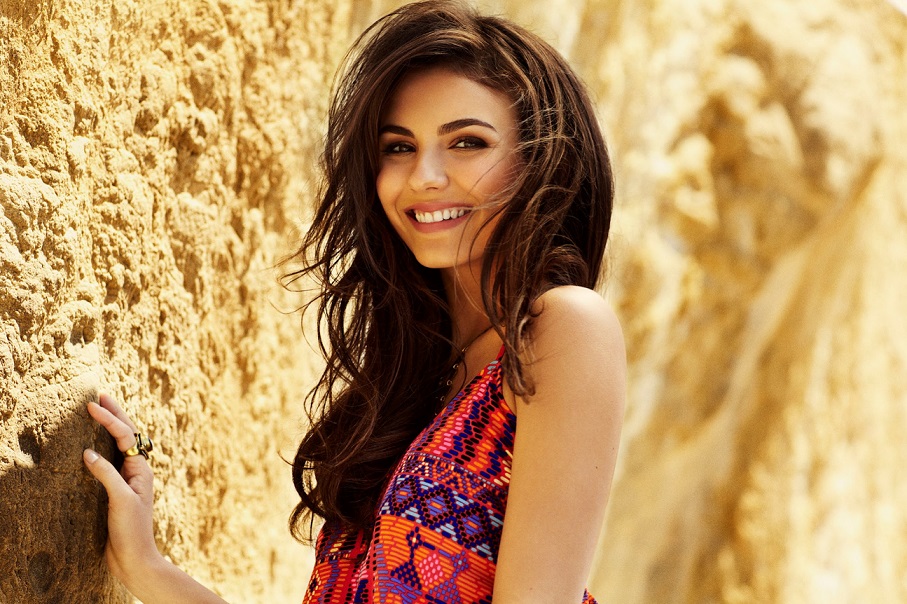 During her time on “Zoey 101,” Justice also found the time to appear on other shows, such as “Everwood.” When “Zoey 101” came to an end in 2008, she appeared in other Nickelodeon productions such as “The Naked Brothers Band” and “Spectacular!” The latter film proved to be one of Nickelodeon’s most profitable and popular forays into the movie world. After this continued success, Justice appeared regularly on Nickelodeon series such as “iCarly,” “True Jackson,” “VP,” “The Troop,” and “Brainsurge.”

In 2010, Victoria Justice debuted her own show called “Victorious.” This introduced audiences to Justice’s musical talents, and she recorded several songs for the series throughout its run. During this period, she worked with other young artists such as Ariana Grande and Elizabeth Gillies. Justice also booked a voice acting role in the animated series “Penguins of Madagascar” and starred in films such as “Fun Size” and “The Boy Who Cried Werewolf.”

Her music career advanced considerably in the 2010s, and in 2012 she released the single “Gold” from her upcoming debut album. One year later, she was cast in the MTV series “Eye Candy,” although the show was canceled after one season. Also in 2013, she appeared in the film “Naomi and Ely’s No Kiss List.” In 2015, she took part in an episode of “Lip Sync Battle.”

After leaving Columbia Records in 2014, Justice pushed on with her musical career, releasing a number of songs through her YouTube channel. In 2016, she joined the cast of “The Rocky Horror Picture Show: Let’s Do the Time Warp Again.” During this period, she also booked a role in the movie “The Outcasts.” In 2020, she appeared again after a slight hiatus, hosting the Nickelodeon Kids’ Choice Awards. The event was staged virtually due to the Covid-19 pandemic. In 2020, Victoria also released her first single in over seven years, entitled “Treat Myself.”

Victoria is well-known for her involvement with various charity organizations. She once released a song called “Girl Up,” which is a reference to the Girl Up charity campaign. She also works closely with the organization outside of music. The organization strives to provide support programs for girls who aren’t given many opportunities.

Over the course of her work with Girl Up, Justice has toured various cities across the United States, witnessing the impact of the charity’s programs on the well-being of girls across the nation. Justice also works with a range of other charities, including those that address issues like AIDS, the environment, human rights, and world peace.

Since rising to the spotlight, Victoria has been involved in a couple of public relationships.

She was most recently linked to actor and singer Reeve Carney. The two met while filming the Rocky Horror Picture Show remake in 2016 and quickly made their romance official. Although they were together for three years, the two kept their relationship very private and were only photographed together at red carpet events. The couple broke up sometime in February 2019.

Prior to Reeve, Victoria dated her Naomi and Eli’s No-Kiss List co-star Pierson Fodé. They dated for two years before they split, but it seemed to be an amicable breakup as Victoria was spotted at his 25th birthday party after they were no longer a couple.

Right before Pierson, Victoria was in another two-year relationship with Ryan Rottman.

Victoria started dating Ryan in 2011, but the two broke up because they were “at different points in their life and both had been traveling.” It seemed like Victoria was OK with the breakup though, especially since she had Pierson’s strong arms to rebound into.

In 2008, Victoria reportedly dated Hunger Games star Josh Hutcherson for a year. Before that, Victoria had a brief relationship with Cole Sprouse. Years after the young couple called it quits, Victoria revealed that not only had she given Cole’s Suite Life of Zack and Cody character his first kiss, but that Cole was her first real-life kiss as well. 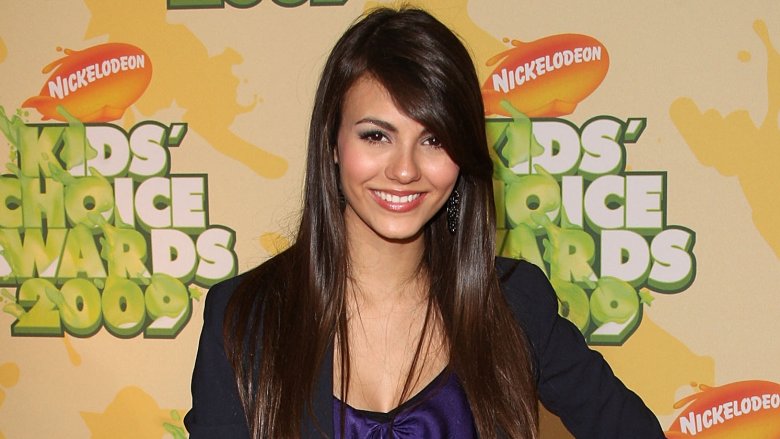 Victoria Justice has a net worth of $12 million. Justice is probably best known for a string of starring roles in the 2000s, mostly with the Nickelodeon channel.

Real Estate: In 2012, it was reported that Victoria Justice had purchased a house for her parents. She apparently bought her parents a home in Los Angeles, and the residence features a pool, jacuzzi, and a large backyard. She was just 19 years old at the time, and she expressed joy at being able to give back to her family. Justice was still living with her parents at the time, and she stated that she wasn’t ready to move out on her own just yet. According to several reports, she still lives with her family as of 2020.

vijesh - 0
Sharanya Pradeep (Saranya Pradeep) is upcoming actress in Telugu film industry who recently made her debut in Sekhar Kammula Fidaa Movie. She acted as...